DAZN Commentary Criticised For Being Biased Against Katie Taylor

Katie Taylor is STILL world champion after a fight for the ages against Amanda Serrano in the early hours of this morning in New York City. Taylor was pushed to the absolute limit by her Puerto Rican opponent but Taylor proved yet again that she is the greatest Irish boxer of all time.

Fans watching the fight on either side of the Atlantic were struck by a sense that DAZN's commentary did not fully appreciate Taylor's greatness during the fight. In fact many watching at home accused the boxing broadcaster of bias towards Amanda Serrano.

It was an all-American commentary crew on DAZN that featured commentary by Todd Grisham, a former WWE commentator, and co-commentary from boxer Jessica McCaskill, whom Taylor beat four years ago, and Sports Illustrated's Chris Mannix, who played the role of judge for the evening.

You can get a sense of the focus of the commentary in the post-fight 'Get In The Zone' segment. Katie Taylor has just defeated Serrano, but viewers are treated to a montage reel of Serrano punches and McCaskill notes how Taylor's nose was bloodied twice in the fight.

A small segment in the final round also captures the flavour of the commentary:

Grisham: But she's landing some too

And this is just from the official clips shared by DAZN. Anyone who heard McCaskill's interview with Second Captains this week wouldn't have been expecting a lovefest from the Chicago boxer for Katie, but Irish fans were still surprised at how one-sided the coverage was.

After the show that Katie Taylor & Amanda Serrano just put on, I am trying hard not to shine light on the negatives. But the DAZN commentary was at its absolute worst tonight.

Who is this commentator with Grisham?

The worst I've ever heard in the history of sports.

Not even an exaggeration. #TaylorSerrano

McCaskill is unbelievably biased. Serrano was getting tagged so much and she was saying serrano is just rolling and slipping every punch

Do these commentators have money on Serrano? All I hear is how she’s landing lefts, they don’t see rts. by Taylor? #SerranoTaylor #TaylorSerrano

The contrast in styles between the fighters did perhaps give pundits a sense that Serrano's higher-impact punches were having a greater effect.

Fans were especially aggrieved with the scorecard of pundit Chris Mannix, who incredibly scored 5 of the first 6 rounds to Serrano. Meanwhile boxer Tony Bellew, who was a DAZN pundit but not doing fight commentary, gave the first three rounds to Taylor.

DAZN and Chris mannix are a joke look at that scorecard hahahahaha #TaylorSerrano pic.twitter.com/NnLIblslkO

Wow! Wow! What a great freaking fight.... That was amazing. I had it 6-4 Taylor or a draw. STFU Chris Mannix #TaylorSerrano

“I’m actually going for a Katie Taylor late stoppage in this fight and I don’t think that’s going to be a common pick from people but I just feel like she’s got that eye of the tiger.

“People look at Katie sometimes and think, ‘softly spoken, oh she’s such a nice girl,’ and she is, but she’s a fierce competitor and she really wants to do a job on Amanda Serrano. 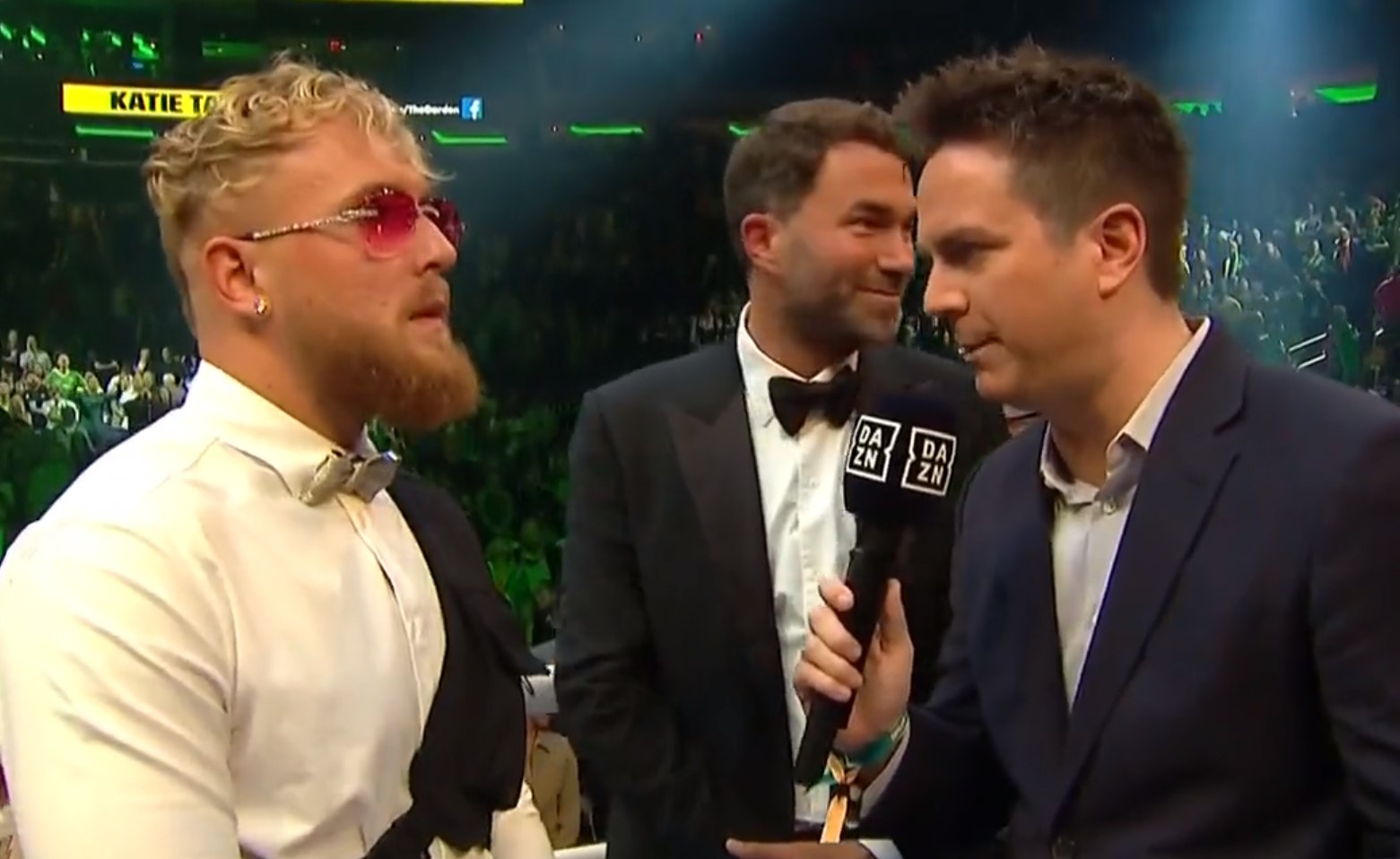