The 32-year-old went into the fight holding the WBO, WBA and IBF belts. She would leave MSG with Persoon's WBC title also in her possession.

It was a decision which will be viewed as controversial by many. Especially in the latter stages, as she tired, it was a fight which looked as though it would not go Taylor's way.

Persoon left the ring hugely aggrieved at just the second loss of her career. The Belgian did not hang around to be interviewed immediately post-fight.

Taylor looked the more polished boxer for the majority of the bout but Persoon's unconventional style and relentless stamina posed questions to which the Bray native struggled to find answers. 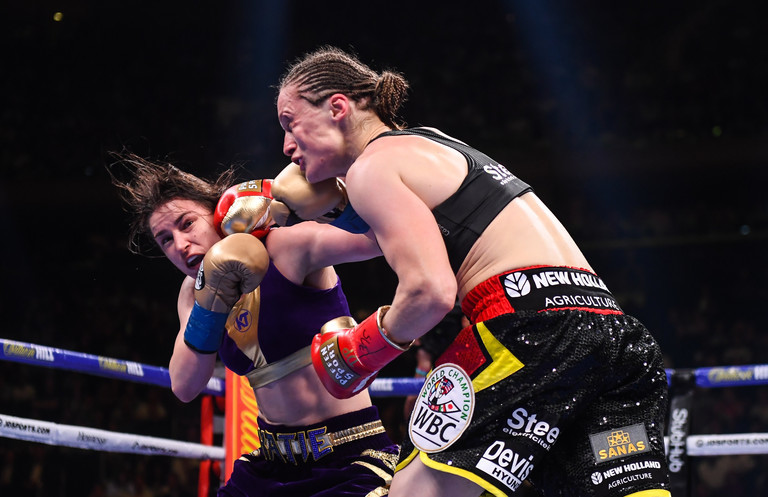 In the end, Taylor did enough in the eyes of the judges. Though on another night with alternate scorekeepers, it may have been a different result.

"I thought I definitely won the early rounds. She came on very strong at the end. I thought I'd done enough at the start to win.

"I knew it was going to be the hardest fight of my career and it definitely was that. I'm very good at digging deep. I'm born for fights like these.

"I'm definitely happy to give Delfine a rematch but there are big fights out there. The obvious one is Amanda Serrano. That should be the next fight but I'm happy to fight whoever is put in front of me."

Speaking to Balls after the fight, Eddie Hearn stated that Taylor was more than willing to commit to a rematch if the result was in doubt.

See Also: 'If There’s Any Doubt That I Didn’t Win The Fight We’ve Got To Do It Again'

Boxing
3 months ago
By Maurice Brosnan
'The Fights Are Going To Happen. Eventually, I Am Going To Shut Them Up'
20