Kaite Taylor put in a performance for the ages in Madison Square Garden over the weekend. Against a very formidable opponent, she everything in the ring against Amana Serrano in order to retain her status as undisputed lightweight champion of the world.

This event was a huge occasion for women's boxing, introducing the sport to a whole new audience. They could have only been impressed with what they saw on the night, meaning the sport is only likely grow even further moving forward.

Taylor has led the explosion in interest in women's boxing over the last five years or so, although there had been plenty of trailblazers in the past that had carried it to that point. Among them was Laila Ali, the daughter of the legendary Muhammad Ali, who went 24-0 as a pro in the 90s and 00s.

She is a legend of the fighting game and was among the first to congratulate Taylor after her victory as MSG.

In a brilliant video released by Matchroom Boxing, we can see the pair share an embrace in the dressing room after the bout. Ali would go on to say how proud she was of the Irishwoman and had been a huge fan of hers ever since she first saw her in the Olympics back in 2012.

Taylor: It was a tough, tough fight. It's unbelievable. You're getting a bigger round of applause than me!

You have to do it sometimes, but I'm just like 'can you please box back, get your angles'.

Taylor: I never make it easy for myself, do I?

Ali: This girl could box and move all night, but she wants to stand there and fight! You've got to fight at an angle.

Taylor: That's exactly what he was telling me to do!

Taylor: Thank you so much. You're probably one of the classiest people that I've ever came across, looking at your videos over the last few years.

Taylor: Thanks so much, you're an absolute legend.

While Ali has long been a fan of Katie Taylor, there is no doubt that the Bray woman earned herself a huge amount of new supporters with her stellar performance in such a big event.

It's only onwards and upwards from here, both for Taylor and women's boxing as a whole. 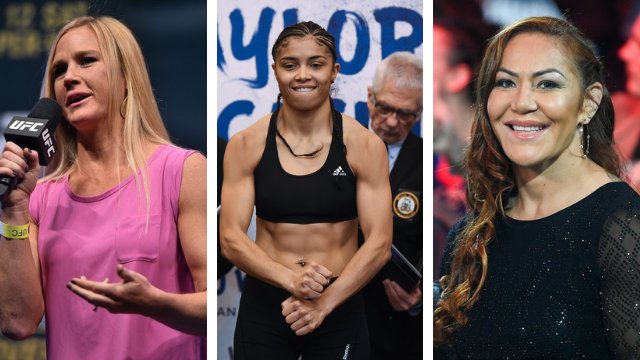