Katie Taylor has retained her status as the undisputed lightweight champion of the world, defeating Natasha Jonas in Manchester this evening.

Her opponent put in a determined performance to make a real fight of it, but the 34-year old would ultimately win the bout by unanimous decision.

Taylor and Jonas had met in the amateur ranks previously, most notably at 2012 Olympics. The Bray woman emerged victorious in that quarter-final on her way to claiming the gold.

She entered this bout boasting a pro record of 17-0, while Jonas only defeat came against Viviane Obenauf in 2018 (9-1-1 overall), making Taylor a heavy favourite to retain her belts.

The two fighter felt each other out in the opening round, although the Irishwoman landed the better of the shots.

The second round was much better from an Irish point of view, with Taylor the real aggressor and dictating the fight.

The referee stepped in on a couple of occasions early on as Jonas attempted to clinch her opponents to fend off the pressure, perhaps pointing to her struggles with the pace of the fight.

Jonas landed on occasion, but the Bray woman was in control. Still, the Liverpool native landed big shots at times.

The fight was still in the balance heading into the closing stages, although Katie Taylor had the advantage despite what the Sky commentators would have had you believe.

Taylor looked to put the result beyond doubt in the last couple of rounds.

In the end, Taylor would take the bout on all three judge's scorecards to win by unanimous decision.

Katie Taylor STILL the undisputed lightweight champions of the world 👏

She now moves to a professional record of 18-0.

This yet another feather in the Taylor's cap, cementing her status as the most dominant force in women's boxing.

We're already looking forward to see what her next move is.

SEE ALSO: Michael Conlan Was Not Happy With Judges' Scorecards Despite Title Win 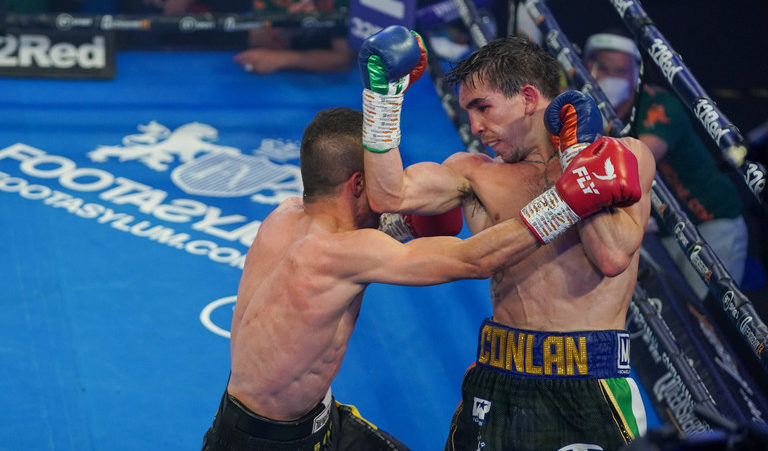