Katie Taylor remains the undisputed lightweight champion of the world after a gruelling yet epic victory over Amanda Serrano at Madison Square Garden late on Saturday night.

In front of a near capacity 19,187 crowd, Taylor had to dig deeper than she has ever done in her career to come out on top in a split decision. The ringside judges called the fight 97-93 and 96-93 for Taylor and 96-94 Serrano in a fight for the ages.

It was a remarkable turnaround for the Bray woman, given she appeared out on her feet in round five as Serrano unleashed a relentless beat down in the corner of the ring. Serrano’s deadly mix of thunderous body shots and piercing uppercuts left the reigning champion dazed, and it appeared only a matter of time before she would drop to the canvas – or the ref would call it.

But Taylor showed the heart of a champion and made it to the bell despite a cut showing to her right eye.

Serrano continued to hurt Taylor in round six. Her right jab, left body shot combo continued to land with force, but Taylor returned with some smart combinations and a left hook.

And it was from here on that Taylor cemented her place as one of the greatest female professional boxers of all time. She picked Serrano off round by round - landing smart left hooks couple with some rallying combos - and getting out of the pocket quickly. 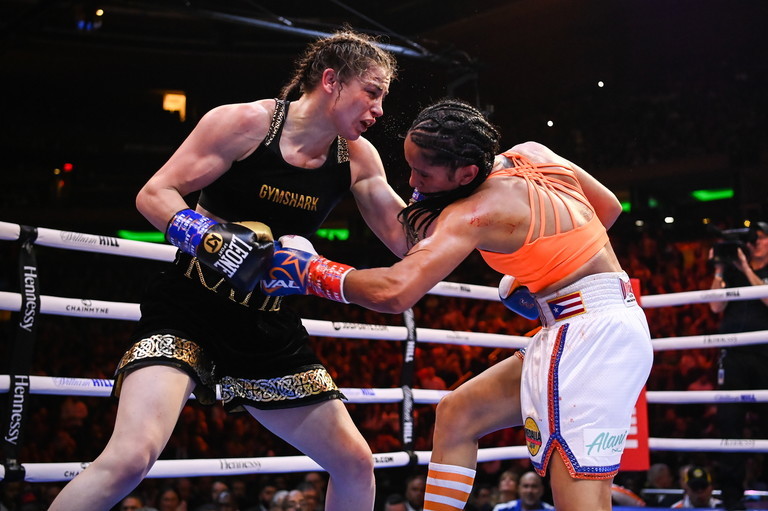 Serrano, who had been in control early doors and moving forward aggressively, couldn’t get to grips with Taylor as the Irish crowd rose to their feet in round eight to chants of ole, ole. The Puerto Rican was now bleeding heavily from her right eye.

Taylor and Serrano left it all on the line in the final round, the last 30 seconds were a brutal exchange as both women battled back and forth in the trenches.

When the final bell rang out the crowd was dumbfounded as to who would get the nod, only unanimous in their knowledge they had witnessed something special.

But it was Taylor’s hand that was ultimately raised - and, now draped in the Irish tricolour, she jumped on the ropes and punched the air in front of her adoring fans 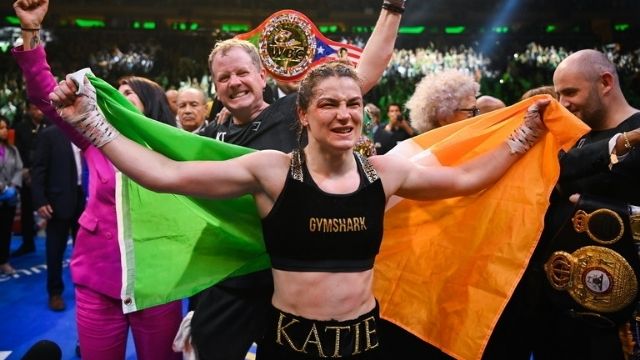