Christina Linardatou is screaming. Her corner are roaring her on and ringside Andy Lee must surely have an earache. Close by, Olympian Natasha Jonas can't sit still. The storm is building, Oles are singing. The contest continues to escalate but Taylor is calm throughout. Bring the noise.

Taylor's triumph tonight is the latest step forward in what is proving to be a remarkable rise. Her legacy is best illustrated by what happened before this bout as much as what occurred during it. Promoter Eddie Hearn announced he would host a world title fight in young prospect Terri Harper's hometown after her strong showing on the undercard.

The person who made that possible? The latest Irish two-weight world champion. A flagbearer for others to follow. 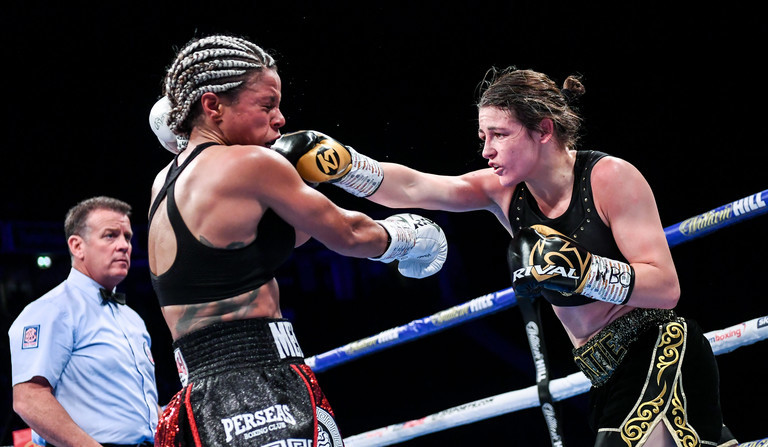 But let's pause the talk about legacy. It is time to take a moment to sit and reflect. For too much of Taylor's career focus has fixated on what is next, where will she go on to headline, how strong is the field or whether she should go on for much longer.

As much as she does for others, the most important thing is what the Bray lightweight does for herself. Ultimately, tonight was about Taylor's talent. The only place she looks truly at home is in the ring. This is here bliss and she is brilliant at it. A master went to work and will bring home the WBO Super-Lightweight World Title.

In round one, Linardatou took the centre and Taylor countered at every turn. The Irish women took her time and found her rhythm. Her Greek foe tried to force it early on. So a wild swing was met with a cutting right to the body. Every exchange was punctuated by a black and gold glove. 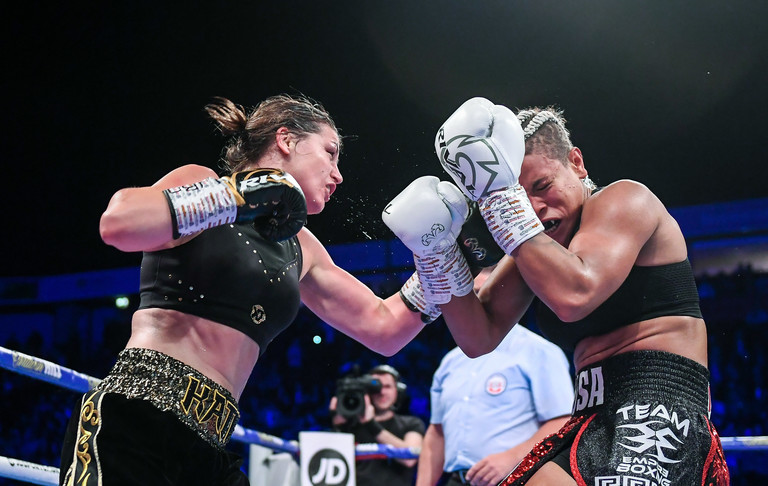 The third brought trouble. From the off the pair were intertwined and fists started to fly. 'Medusa' found herself one the canvas and Taylor briefly celebrated but it was ruled a trip. The away corner shouted for a response, Linardatou looked to rally. It proved a struggle.

By the fourth, the battle lines were drawn. The centre belonged to the defending champion and the Irish puncher was content with that. When she did come she came with a purpose.

To her credit, Linardatou kept the pace. It was persistent pressure and the shot of the fifth round was a hook that enhanced swelling above Taylor's right eye. A round later there was a brief stoppage as the pair clashed heads

In the seventh, the stakes were escalated. First, a lovely combination looked to hand supremacy to the Irish women. The reaction was a roar and a huge left to the head that would have floored lesser foes.

The first signs of wilting came before the offset of the eighth as Taylor briefly stood centre ring waiting for her opponent to get off the stool. What followed was the round of the tie. A furious centre of the ring dust-up acting as a timely reminder that the 33-year old was still whiling to throw down despite her draining outing last time out against Delfine Persoon.

The final two built to a brouhaha. It was here where Hearn's fighter showed her class. A sprinkling of spinout hooks hindered every meaningful march. Footwork that ensured she could not be tied up. Skills worthy of a world title fight and a crowd glad to witness it.

A great fighter beat a very good one. That's what tonight was about. Enjoyment and entertainment for everyone involved, no one more so than the new belt holder.