Kellie Harrington drops an imaginary microphone on a table in the cavernous offices of a Dublin PR company. She's said all she has to say on the topic of Amy Broadhurst and what she sees as their non-existent rivalry.

"I'm going to be quite frank about this because I'm hearing a lot about her agreeing to step back," says Harrington as she begins to speak with the candor which eventually led to the mic drop.

"I beat her last year and I would have beaten her again if she was there this year. So, when someone says they're 'agreeing to step back', take it with a pinch of salt."

"I'm the number one Irish 60 kilo, she might be the number one under-22 champion but she's not the number one 60 kilo. So, whether she agreed to it or not, she had the chance to get in there and prove herself and she didn't take it.

"I like her, she's a great young one, a great athlete, she's a fantastic fighter but it is what it is.

"You can't be saying she's agreed to step back because that belittles me a little bit and it really does annoy me because it sounds as if someone is saying 'Ah, she agreed to step back and give you that chance Kellie.' Well, no, actually she didn't have the balls to step up and take the chance herself.

"As you can see, it does annoy me a little bit. I didn’t ask her, ‘Oh, will you please step back’ or anything. She done it because, she didn’t want to fight me and that’s it. 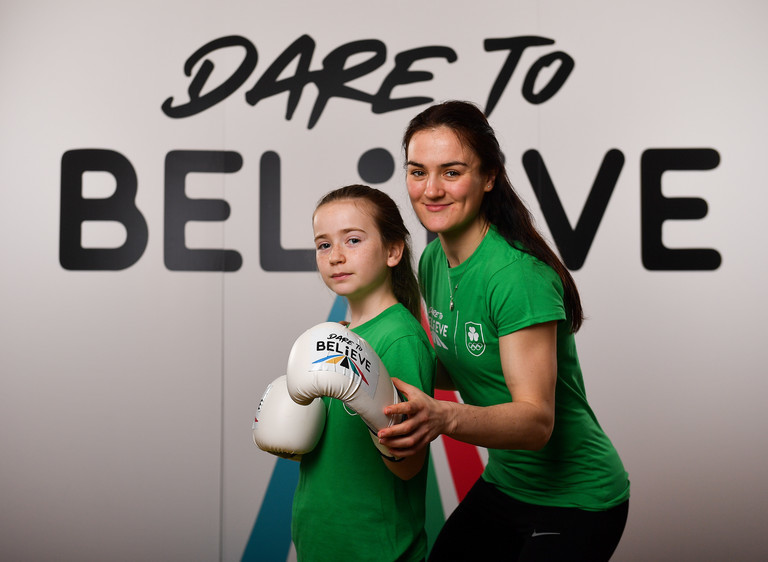 Harrington's reason for sitting in front of the media is to back an initiative to which she is well-suited. The 29-year-old, along with many of Ireland's best-known sportspeople, is participating in the Olympic Federation of Ireland's Dare To Believe programme. It will see them visit primary schools across the nation to promote the benefits of sport.

The boxer knows well how sport can be the course correction a young person needs - boxing changed her world.

"It wasn't until I was 14 or 15 that I just knew I had to do something different with my life. I started boxing, and I started just to change as a person. It changed my pathway in life. "

Exactly what sport changed it from, she's unwilling to elaborate on too much for the moment.

Just being a bold child. We'll leave that there.

I'm saving that for my book. Youse'll be like, 'This is one angry bird!' There'll be a bit in about you, as well, when you asked me that question!

The chance that she might become an Olympian is only a recent dream and despite being world champion, she is not taking as a given that it will be realised.

"It's not a childhood dream of mine to go to the Olympics.

"Like, I never really believed in myself up until a few years ago. And people never really took me seriously as a female boxer, but as a boxer as well.

"So, then when people started to take me seriously I started to believe in myself a bit more and think that I could go on and I could actually do well at European and world level.

"The medal in the World Championships in 2016 - when I got that I thought, 'Ah, that was lucky.' European Union [Championships], I got silver and I was like, 'Ah, I must have been lucky again.' And then, I got a medal in the Europeans - last year, I think - and then a gold in the Worlds. I dunno, like. I'm just a very lucky person, I think. [laughs]

"It hasn't been something that I've always dreamed about, it's something I've been dreaming about since 2016." 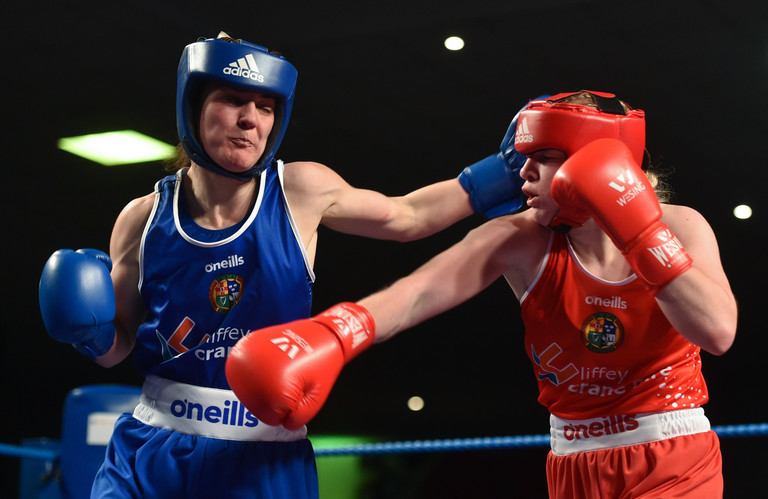 Even before winning that gold medal last year, Harrington was an inspirational figure in her north-east inner city Dublin community. She can recall kids running with her whenever she'd hit the streets for training. Her desire to affect change in the lives of others also predates her involvement in the Dare To Believe programme.

I'm an ambassador for the north-east inner city, and I try to promote health in there. The fitness classes as well, like - that's going on with the Dublin City Council and they're doing a six-week challenge. I think it might be up just around now, actually. I'm just delighted to be in there to do my part in my community, and trying to get kids involved in sport and get adults involved in sport as well, like.

So if you can try and encourage the adults to get involved in doing something, the kids will be looking at that going, 'Aw, Jeanie, if my Ma and Da can do that, then I can I definitely do it. I want to go and do boxing classes' - even though it's boxercise for the adults, but - 'I want to do boxing classes like Mammy and Daddy.'

The possibility that she might one day turn pro, like the possibility that she might one day compete at the Olympics, is only one which recently crossed her mind. If she got a good deal, the right type of contract, there's a high percentage chance she'd take it. If not, if she thought it would be more grief than it's worth, she would continue with the day job at St. Vincent's Psychiatric Hospital, one which she loves.

Beyond that, coaching - ideally as a high-performance coach for female athletes - is a real aspiration. Like other aspects of her life, it would be about giving back and helping others.

At the media day for last weekend's National Elite Finals, Harrington, as world champion, was the main attraction. She insisted that if they were going to interview her, they would have to speak with her clubmate George Bates also. It's the type of person she always was and will continue to be.

At the press conference for Irish Elite Senior finals

"With George, I know how hard he had trained for it," she says.

"He’s my clubmate and it’s not all about me. I like to share it out, it’s about other athletes as well.

"George is a fantastic athlete and I was like 'come on get in here, George!' He was trying to leg it away from me because he knew what I was up to.

"The coach was there so I was like, 'Tell George to come back'. He told him to come back so it was great, stuff like that makes me giggle.

"I don't let my life change, because I like my life the way it is. I'm happy enough. I don't want any flash things or anything like that; I'm happy doing what I'm doing, yeah."

Kellie Harrington, Irish World Champion Boxer, and Tilly Byrne-McGettigan, age 10, from Wicklow, Co. Wicklow, teamed up with the Olympic Federation of Ireland to launch Dare to Believe, a school activation programme championed and supported by the Athletes’ Commission. Olympism, Paralympism and the benefits of sport will be promoted in schools nationwide by some of Ireland’s best known and most accomplished athletes in a fun and interactive manner. The initial pilot phase is targeting the fifth and sixth class students in primary schools. #DareToBelieve Photos by Sportsfile

Podcasts
3 days ago
By Balls Team
The Buildup Podcast: Ferris And Quigley Pick 3 Sports Stars Who Influenced Them The Most
6