'What Is Fame? I'm All About Humility': Sublime Kellie Harrington Touches Down In Dublin

Irish Olympic hero Kellie Harrington admits that she will remain true to her values rather than seek fame as she returned home from Tokyo this afternoon.

Harrington became Ireland's third boxer to secure gold at the Olympic Games, joining an exclusive list including Michael Carruth and Katie Taylor in the process.

And despite her success in Tokyo, she admitted that the fame associated with that success means little, insisting that she will stay true to her own humble roots forged on Portland Row.

"I'm not that kind of person who goes around looking for pictures off everybody and thinks 'oh my god, they're famous'," Harrington said.

"I'm not a fame-hogger or anything like that. That's not me. What is fame? I'm all about humility.

"You can be famous and you know what. But my people are in my community and that's what means the most to me.

"There have been people who have reached out to me, but I have't replied to anyone because I don't know where to start!

"I haven't posted anything on social media or anything. It has been overwhelming.

"People are saying to me that you spoke well in the media, but I'm just being me and speaking the way I would speak to anybody.

"That's just me as a person, what you see is what you get."

But this has been an intense couple of days for Harrington. Since winning gold during the early hours of Sunday morning, the Dubliner has received a barrage of praise at home and abroad.

'I've Never Experienced This Before'

And the excitement of that has meant that she has yet to come to terms with what she achieved on the biggest stage of all.

"I haven't actually slept since the fight," she explained. I had a couple of snoozes on the flight, but my head is ready to explode. I feel quite emotionless right now, probably because I'm so tired. I've never experienced this before.

"When I came back from the World Championship's it was just my family and friends.

"Because of the Covid restructions and stuff there was only a couple but the media is everywhere pulling you left right and centre. I'm not used to that, so it has felt weird."

Her return home means she has now finally been able to speak to her parents after a rollercoaster few days. 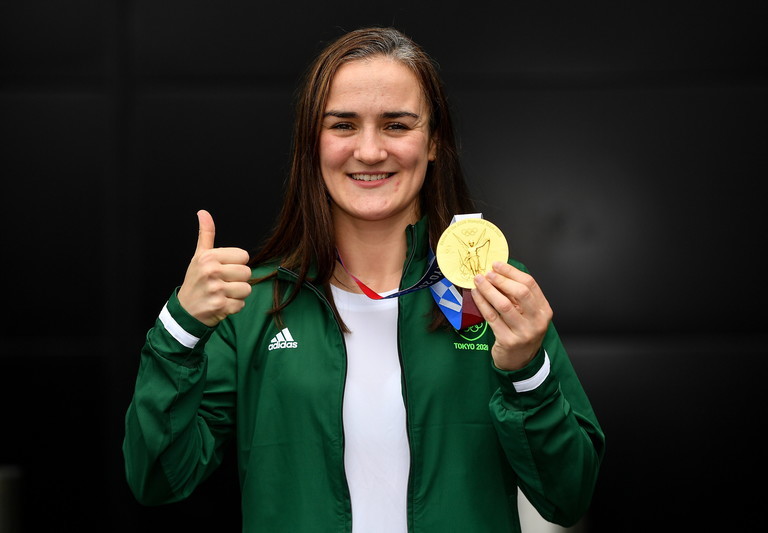 "By the time I got home it was 9 o'clock or something and then I didn't ring anybody," she explained.

"This is the first time I have spoken to my ma and da I think. I haven't been ringing people or anything like that becuase I'm just so exhausted. It hasn't hit me yet!

"It doesn't feel like... It just feels like I was at a normal competition. I suppose that's just the way I go into every competition. But its not.

"It's an Olympic Games. It's mad. I can't really believe it. It will take a me a couple of weeks to realise what has happened and what I have achieved."

And for now, Harrington heads home, to her real home on Portland Row. And then, it may start to sink in a lot more for Ireland's newest Olympic boxing gold medallist. 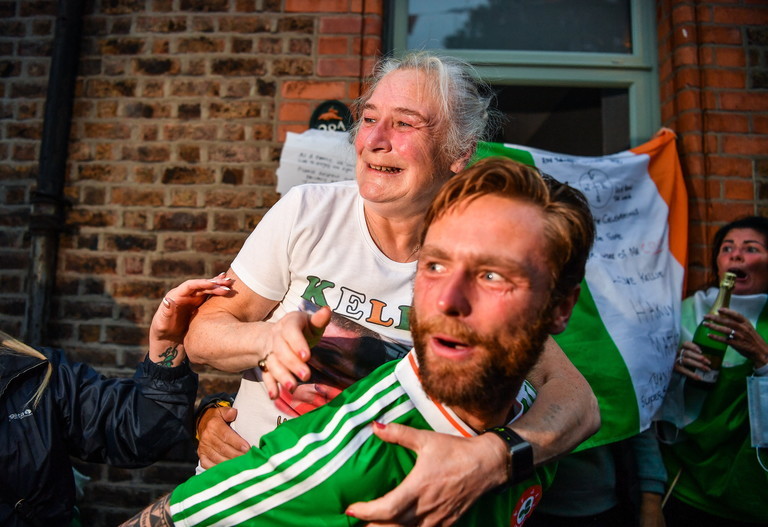 Olympics
1 month ago
By John Dodge
The State Of Play For Irish Olympic Sport - How Are We Fixed For Paris 2024?
Previous Next

Boxing
2 weeks ago
By Andrew Dempsey
'Less Stress, More Success': Kellie Harrington On Staying Amateur
Boxing
1 month ago
By Eoin Harrington
Kellie Harrington: Fair City In Tokyo, Tourism In Portland Row, And Going Pro?
Olympics
1 month ago
By John Dodge
The State Of Play For Irish Olympic Sport - How Are We Fixed For Paris 2024?
Popular on Balls
Football
17 hours ago
By Eoin Harrington
Watch: Caoimhín Kelleher Penalty Save Helps Liverpool Through To EFL Cup Fourth Round
Football
20 hours ago
By Jonathan Byrne
The Battle Of Old Trafford: Roy Keane On Why Arsenal 'Crossed That Line'
Football
22 hours ago
By Andrew Dempsey
Shay Given Reveals 'Horrendous' Contract Offer That Forced His Celtic Departure