Never is the emotion that is intrinsically attached to boxing more evident than after the bout. This is a natural consequence of prolonged prep for one depleting excursion; it takes its toll.

For Katie Taylor, that came in the form of a tearful post-fight interview as the arena arose to congratulate the new two-weight world champion. The fact that it transpired after a controversial and much-criticised win last time out made it more meaningful.

"I am very happy with my performance tonight," she declared in her post-fight press conference. "It was a very smart performance, very clever. I boxed an exhibition tonight. I made the fight as easy as possible. I didn’t get dragged into the fight for a change." 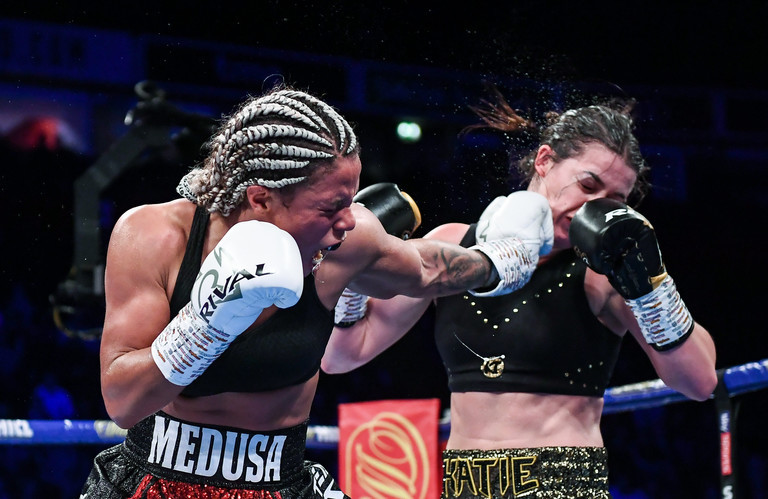 But what of her opponent, Christina Linardatou? Her press conference contribution was explosive and extraordinary in equal measure. 'Medusa' was evidently unhappy as the 96-94, 97-93, 97-73 scorecard was called out. These sentiments had not diminished by the time she sat down in the lower levels of the Manchester Arena.

Firstly, some context. The Dominican-born Greek brawler had just lost her WBO super-lightweight title. English is not her first language and as well as that, relations were fraught prior to the contest with the respective promoters clashing during the first press conference over the lack of a rematch clause.

One thing is certain; she is convinced the scorecards were wrong.

"I feel I won that fight. I feel that they are protecting her. This is not fair. For all the boxers. She lost once, she lost a second. What she going to do? Is she going to lose all the time and then be undisputed, say she is undisputed and say she is a two-weight champion?

"People see. People know. If she respects herself she has to give a rematch to me, to Persoon. Then she can say she is undisputed."

For the 31-year-old, the evidence was in their external damage: "Look at her face and look at mine." 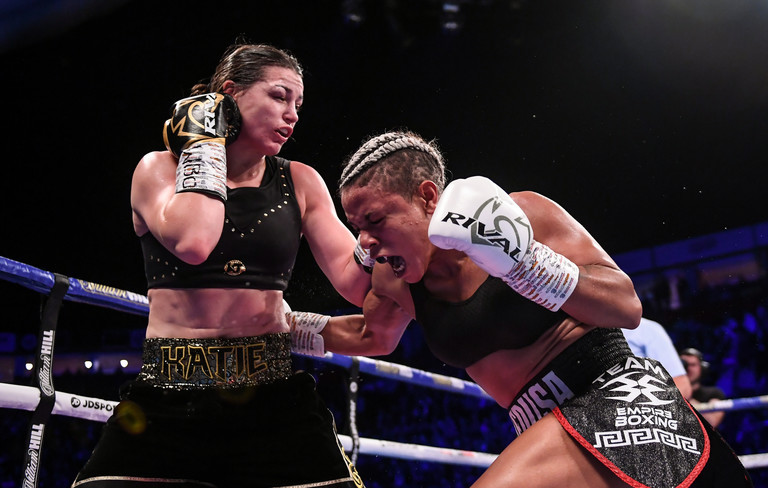 Linardatou is looking to a former foe of Taylors, super lightweight titleholder Jessica McCaskill, for her next bout.

"I want McCaskill. All the names. I don’t care. I just want to get inside and fight. I am not afraid of anybody. I am not fake."

This was a term used more than once in relation to Taylor.

"I mean fake (as in) she is not undisputed. She didn’t win against me or Persoon. That is what I mean as fake."

Unsurprisingly, her manager Brian Cohen was in full agreement and cited his fighter's front-foot approach as evidence of an injustice.

"Her promoter is the Vince McMahon of boxing. They fought in a football stadium. What is Katie Taylor, guys? Bing, bing, bing. Bounce around the ring. This girl (Lindardatou) made the fight. Listen, even a blind person can see it."

Is that not boxing?

Was Taylor's approach not merely a different style of the sweet science?

"That is not boxing, that is running.  It is called running. There is no ring generalship. She chased her around the ring the whole fight."

Despite the cries of maltreatment, a rematch is unlikely with 2020 set to bring more pressing matters to the fore for Taylor including rekindling her rivalry with Delfine Persoon as well as a super fight with Amanda Serrano.

However, Cohen did cite a handshake agreement with Eddie Hearn. The condition was that if his fighter gave a good fight, she could face McCaskill next. Should she secure that, victory would certainly keep her in the frame. 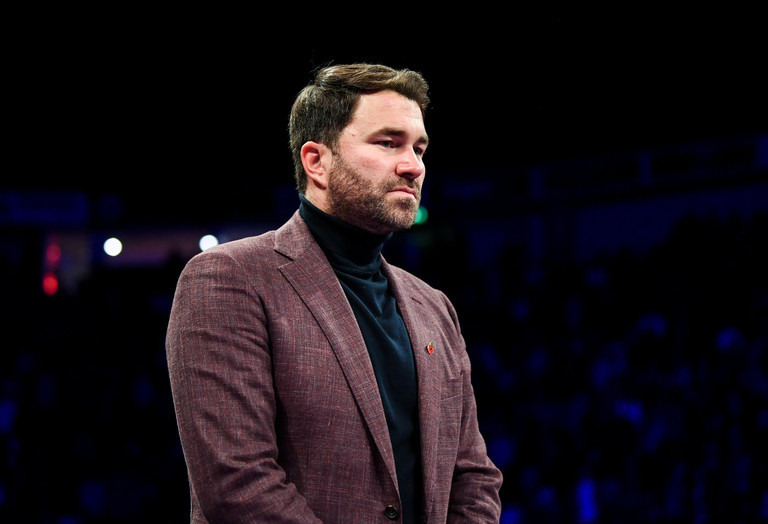 Yet Hearn was adamant no one but the Irish women is in a place to make demands.

"She is the governor of the sport. All these other people have to understand they will get their opportunities, Katie will fight all of them but she is the boss.

"All these people, Linardatou included, just made life-changing money tonight through fighting Katie Taylor. Which is great, that is not a criticism. That is wonderful for the sport and brilliant that female fighters are getting opportunities and paydays like that through Katie Taylor."

As far as the Matchroom promoter is concerned, his fighter has earned a special status in the sport.

"Understand they can’t make this kind of money unless they fight the female boss, who is Katie Taylor. One thing I would say, I have never seen so many young women at a boxing event. It was unbelievable walking down. I mean like hundreds of them.

"They are all there to watch Katie Taylor."

SEE ALSO: 'The Fights Are Going To Happen. Eventually, I Am Going To Shut Them Up'

Boxing
2 years ago
By PJ Browne
In Pictures: Katie Taylor Becomes Two-Weight World Champion
Boxing
2 years ago
By Maurice Brosnan
History-Maker Katie Taylor Takes Things To The Next Level With Pointed Performance
Popular on Balls
GAA
2 days ago
By PJ Browne
Insane Drama As Late TJ Reid Goal Sends Ballyhale Into All-Ireland Final
Rugby
1 day ago
By Colman Stanley
Yesterday Was Not The First Time Wayne Barnes Sent A Player Off For Getting Lippy
Rugby
22 hours ago
By Colman Stanley
Champions Cup Predictions And Permutations For The Irish Provinces
The Rewind
2 days ago
By Jonathan Byrne
The Definitive Ranking: Deli Items Ranked From Best To Worst