Manny Pacquiao Has Bought A Stake In An MMA Promotion 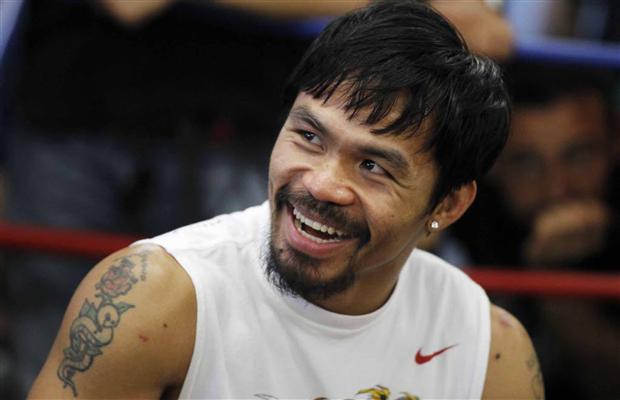 Manny Pacquiao has purchased a stake in One Fighting Championship, an Asian-based MMA promotion. The multi-weight boxing champion has decided to cross into the world of MMA after seeing the sport's popularity grow in his home country of the Philippines.

Boxing and MMA have long been seen as enemies of one another in a battle for supremacy among fight fans but Pacquiao's decision to get involved in One FC is a natural merging of the two sports according to the CEO of One FC, Victor Cui. As with much of the world, the popularity of MMA is growing in the Philippines and Cui says that's something which Pacquiao naturally wanted to tap into.

There are a ton of reasons why I'm pretty excited about this. Obviously, Manny Pacquiao is a global sports icon and having him as a part of our organization as a shareholder and promoting One FC and promoting the sport is huge for the sport in the region. It promotes awareness and growth.

There are a lot of common fans and common ties with MMA and boxing [in the Philippines] and MMA awareness is much stronger than it is in other parts of Asia. Manny has been looking for some opportunities outside of boxing, and he and his team have kept an eye on the sport of MMA. It made a lot of sense to him.

While it's unlikely we'll see Pacquiao move into the Octagon anytime soon, Cui confirmed that the current WBO welterweight champion has been intrigued with the possibility of pulling on the lighter, four ounce MMA gloves as opposed to his eight ounce boxing gloves.

You could see him calculating the difference from the boxing gloves to the MMA gloves. He said to me, 'Man, someone could get hurt with the power of my punches if I could wear these.'

We know it's not going to happen but if that much prized fight against Floyd Mayweather continues to allude him, wouldn't you just love to see how Pacquiao would fare with those lighter gloves in MMA.

Boxing
4 days ago
By Luke Delaney
Irishwomen Surge Into World Boxing Championships Gold Medal Fight
Boxing
1 week ago
By Colman Stanley
Behind The Scenes Footage Captures Great Moment Between Katie Taylor And Canelo
Boxing
1 week ago
By PJ Browne
'Nobody Has Stood Up And Taken These People To Task. It's A Disgrace'
Previous Next

Boxing
4 days ago
By Luke Delaney
Irishwomen Surge Into World Boxing Championships Gold Medal Fight
Boxing
1 week ago
By Colman Stanley
Behind The Scenes Footage Captures Great Moment Between Katie Taylor And Canelo
Boxing
1 week ago
By PJ Browne
'Nobody Has Stood Up And Taken These People To Task. It's A Disgrace'
Popular on Balls
Football
1 day ago
By Gary Connaughton
Latest Spurs Transfer Rumour Could Be Good News For Gavin Bazunu
Golf
3 days ago
By Gary Connaughton
Padraig Harrington Glad He Didn't Have To 'Make A Decision' On Saudi Golf League
28