Carruth Urges Katie Taylor And Paddy Barnes To 'Get Out Now'

Though they are in very different places in their pro boxing careers, Michael Carruth believes that Katie Taylor and Paddy Barnes should both retire from the sport sooner rather than later.

Two-time Olympic bronze medallist Barnes is just off the back of his third defeat in four fights and is now 6-3 in the pro ranks.

"She's the greatest professional boxer Ireland's ever had - male or female," said 1992 Olympic gold medallist Carruth at the launch of Circle K’s “Here for Ireland” initiative.

I would want her out of the game. You can fight one fight too many. This is just a personal thing with me and Katie.

She's at the absolute top, where can you go from there? You can't go anywhere, only down. I'm hoping that doesn't happen to her and I'm hoping this is her last fight.

Then again, she loves what she does and she's impeccable in her approach to it. No stone is left unturned.

She'll have all her homework done on her opponent, she'll have her nutrition right and her head right. She'll be right for the fight.

Carruth thinks that Taylor, who went pro in late 2016 following a contentious defeat to Mira Potkonen at the Rio Olympics, did so at the right time.

"She could go to the next Olympic Games and the same thing could happen to her," said Carruth.

"Boxers are young and I'm not saying Katie's old but Katie's getting older. Maybe you lose that little bit of sharpness that you have. 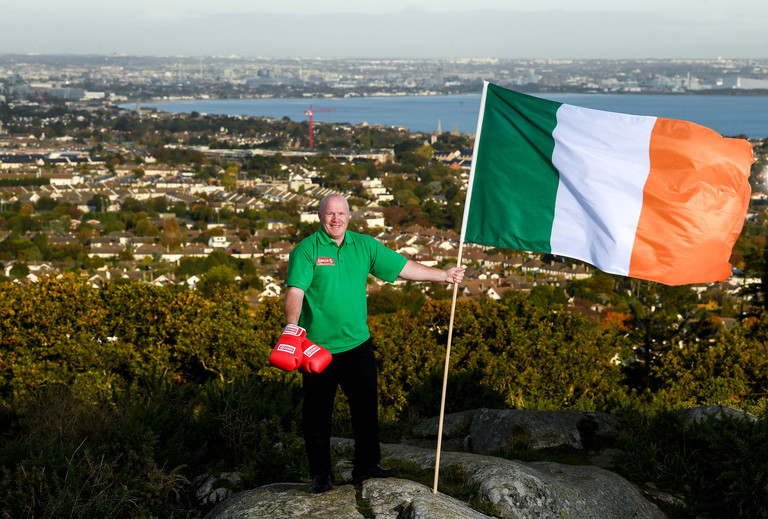 "The pro game suits her to a degree. You can slow the pace down, longer rounds, she can do what she wants in the longer rounds. It's a total sprint at amateur. As a professional, it's a pure marathon and I think the pros is [what's] best for her.

"I think if she went for these Olympic Games, you'd hate to think the same thing would happen to her. Some of it could be jealousy from other countries that Katie has won everything.

"She was the pin-up girl of world boxing. The only reason women's boxing is there is because of Katie Taylor. The way she was treated in Rio was disgraceful. She won that fight without a question of a doubt. I've watched it 100 times."

Following his defeat to Jay Harris in Belfast a fortnight ago, Paddy Barnes hinted that it might be time to hang up his gloves. Carruth feels that would be the right decision.

"Paddy is a long time in boxing and you can only go so far as you get older," said Carruth.

"Your reactions aren't as good, everything's not as good. I believe there's a job for Paddy in a development role in Belfast.

"That's what I think he should do, get out of the pro game. He's given enough to boxing. He's a three-time Olympian, he's our only two-time medallist. He's been a great ambassador for our country. He's had an up and down pro career.

"Get out of it now and go and enjoy life."

From today, Circle K customers can use the Circle K app or their loyalty tag in-store to generate digital coins that Olympic and Paralympic hopefuls can use to fuel their journey to the Tokyo 2020 Games. To support Irelands athletes, simply download the Circle K app today.