Michaela Walsh has secured a silver medal after a split decision in the featherweight final at the European Games in Minsk.

The Belfast boxer lost out to Sanimira Petrova in a tense showing. After two opening two rounds fraught with tension and needle, Walsh began to come into range. The Irish boxer took centre ring by the final round and got her right jab working, all the while advancing forward. 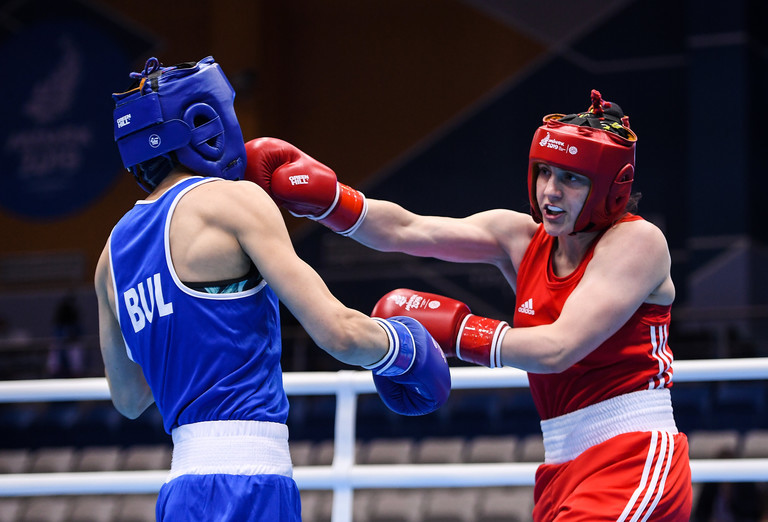 It's a disappointing finale to an exceptional tournament. In the semi-final, Walsh avenged her European Championship semi-final defeat to the Russian last year.

Hearbreak for Team Ireland as Stanimira Petrova wins the gold for Bulgaria as Michaela
Walsh takes home the Silver in a fantastic fight.

Congraulations to Michaela Walsh on her Silver Medal at the European Games. #TeamIreland #Minsk2019 pic.twitter.com/arHDomXtzW

Speaking to Team Ireland after the fight, Walsh explained she thought she did enough: "I thought I got it but it is what it is and I just have to move on."

With Tokyo on the horizon, Walsh will hope to build on this momentum as she continues to build towards 2020.