The investigative documentary was aired only days after the five year anniversary of the shooting at Dublin's Regency hotel. The programme claimed that Kinahan - 'a suspected organised crime boss' - is still 'working at the top of world boxing'.

Kinahan is the co-founder of the Marbella-based boxing promotions company MTK Promotions. In the summer, the Dubai-based Dubliner revealed he was stepping back from boxing to 'focus on other interests' after his involvement in organising the mooted fight between Tyson Fury and Anthony Joshua caused a public outcry. In 2018, the Criminal Assets Bureau told the Irish High Court that the Dubliner 'controlled and managed' a criminal organisation.

One of the notable elements of the programme was the presence of legendary Irish boxer Barry McGuigan.

Many in boxing are too scared to speak out, but former world champion Barry McGuigan, who’s now a boxing manager, was prepared to go public 4/6https://t.co/TYiJPTymPJ pic.twitter.com/MWeGk6VjfE

The former world champion told the programme that Kinahan was a 'dangerous man' who brought 'terror' to the sport of boxing.

"Someone has got to look out for this sport. They really need to look at this situation very carefully, because it’s bloody dangerous."

McGuigan's involvement with the programme is notable for a few reasons. Most importantly, there has been very little public comment from people inside the world of boxing on Kinahan's role in the sport.

Also, McGuigan last year settled a case with Carl Frampton, a fighter he once trained who joined MTK in 2017. Frampton was believed to be seeking up to £6million in lost earnings from McGuigan's Cyclone Promotions in the case. (McGuigan's firm brought a countersuit against Frampton regarding the boxer's decision to leave Cyclone for MTK ). The case was settled after a trove of missing emails were discovered on the Cyclone computer servers.

As the Panorama programme was aired a number of fighters aligned to MTK - predictably - took to social media to have a cut at McGuigan.

Boxers Tyrone McKenna, Sunny Edwards and Derry Mathews joined in the criticism of McGuigan on their Twitter feeds.

There was scant comment to be found from the fighters regarding the programme's claims about Kinahan's links to the world of organised crime.

MTK released the following statement about Kinahan's involvement in boxing to the BBC. 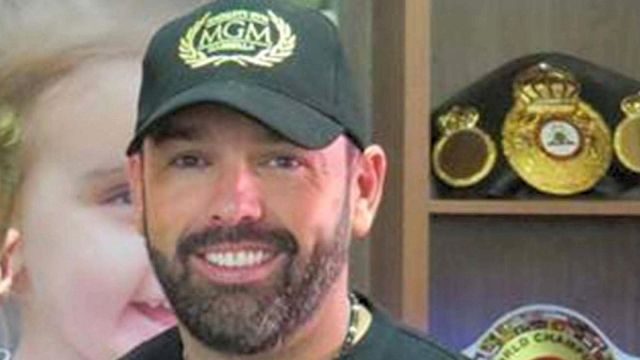