Jonas, who was defeated by Taylor at the 2012 Olympics, fights the Bray woman this weekend at the Manchester Arena on the Derek Chisora vs Joseph Parker card.

"Near the backend of her amateur career, she had a few losses that Katie Taylor three or four years [before] wouldn't have lost them fights.

"She's turned professional. In the last few years, you can argue that everybody - apart from a number of people - thought that she lost in New York [to Delfine Persoon].

"She's come back and done the rematch with Delfine Persoon. It was a lot closer than what people were saying it was."

"Katie has had an awful lot of hard fights of late - distance fights," continued Gallagher.

"I'm not talking bad of Katie, because she's a media darling. If this was a male fighter who people think has gone to the peak and is just beginning to show signs [of dropping off], we'd be saying it. No one wants to say it.

"When you sit and study, you see things. Katie Taylor against Delfine Person, round three, she got busted with a shot. No one picked it up. She got busted in another round against Christina Linardatou.

See Also: The 1996 All-Ireland Hurling Final Had One Of The Great Pre-Game Speeches 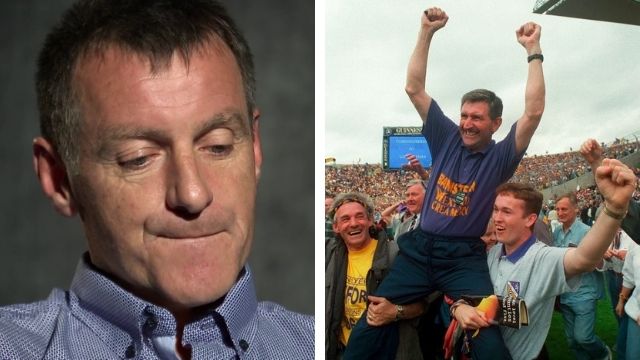 Boxing
6 years ago
By Gavan Casey
Kiss Of Death? Carl Frampton And Scott Quigg Face Off As Coaches Scuffle At Weigh-In