Katie Taylor defended her IBF and WBA lightweight world titles with a dominant win against Cindy Serrano at the TD Garden in Boston on Saturday night.

Sitting ringside for the fight was Conor McGregor. The two also had a few words post-fight in Taylor's dressing room.

"Katie, you're a fuckin' animal, I'll tell you that," McGregor told the 32-year-old.

"You're nice as pie but you're ruthless in there.

"It's an honour to see you live.

"You can see it in your eyes when you're in there, just keep doing your thing.

"I have your back all the way. I'll back you, whatever you need. It's an honour for me to come here and see you, you're an Irish hero.

"I'm proud of you an who you are as a woman; inside the ring, of course, but outside the ring, I've got a lot of respect for you.

"You do your own thing rather than just do what you're told. I've got a lot of respect for that. " 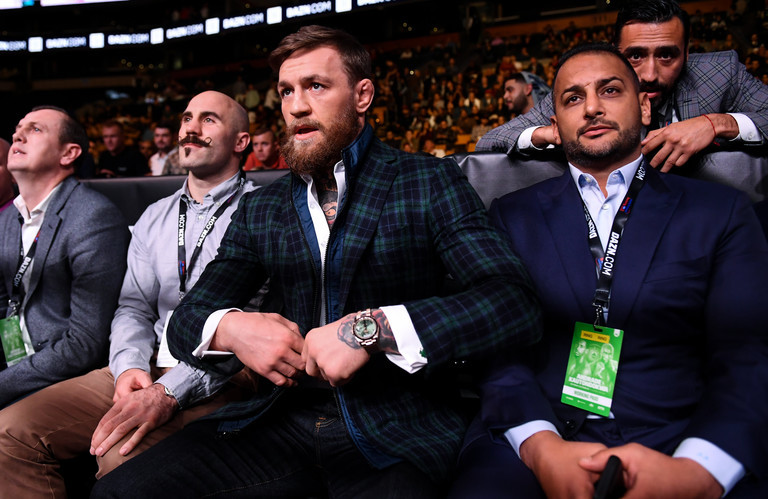 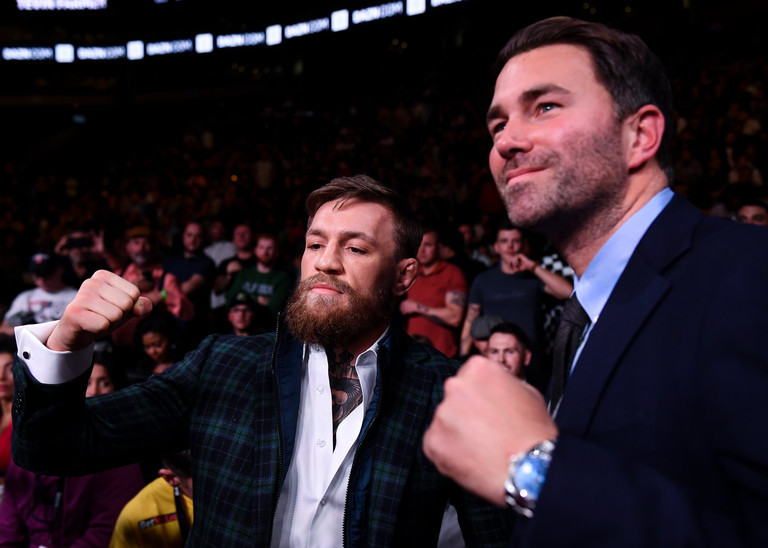 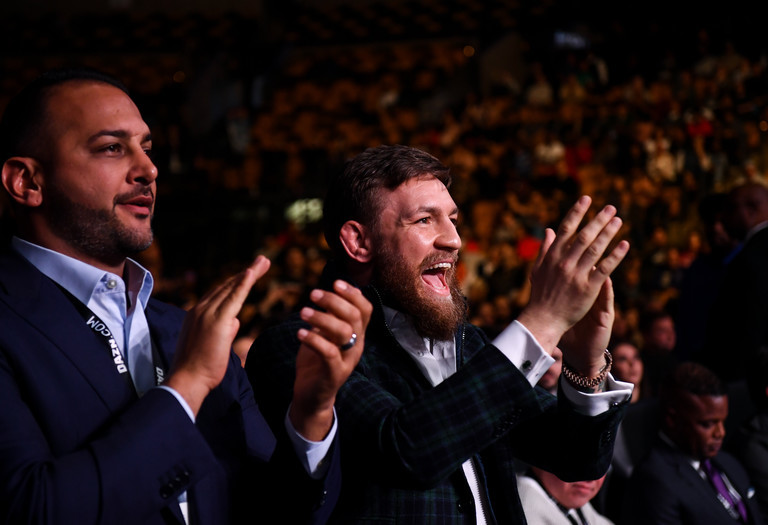 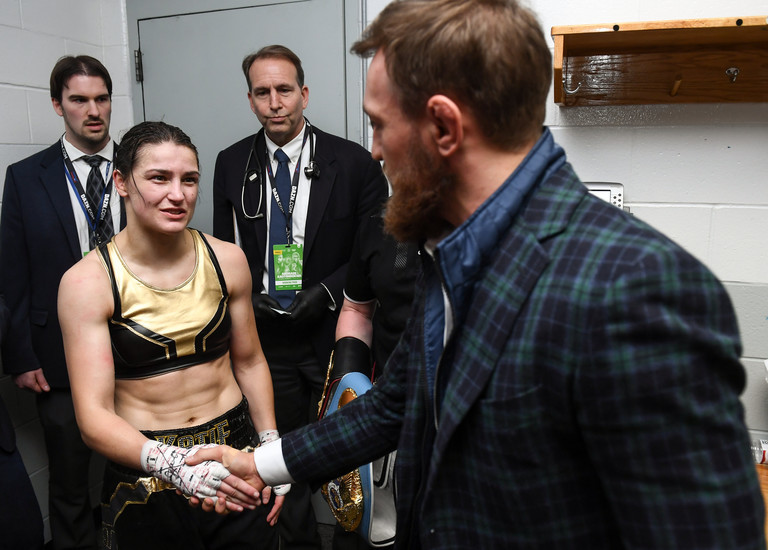 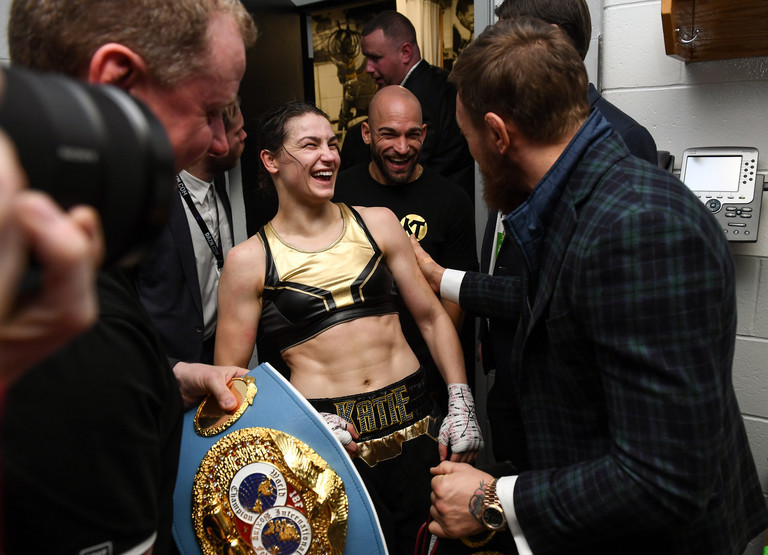 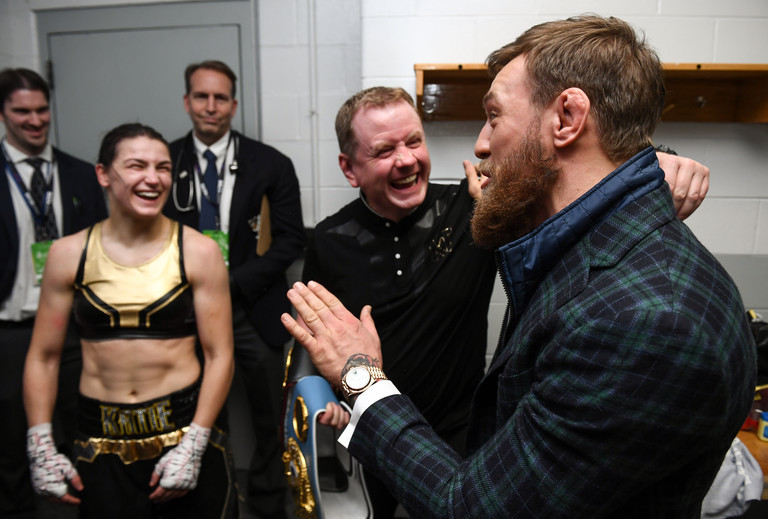 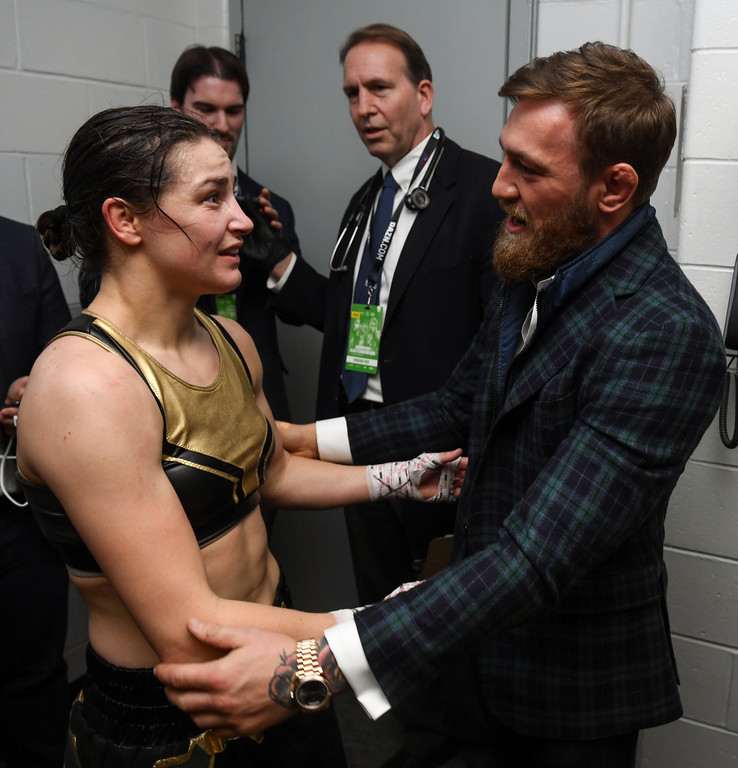 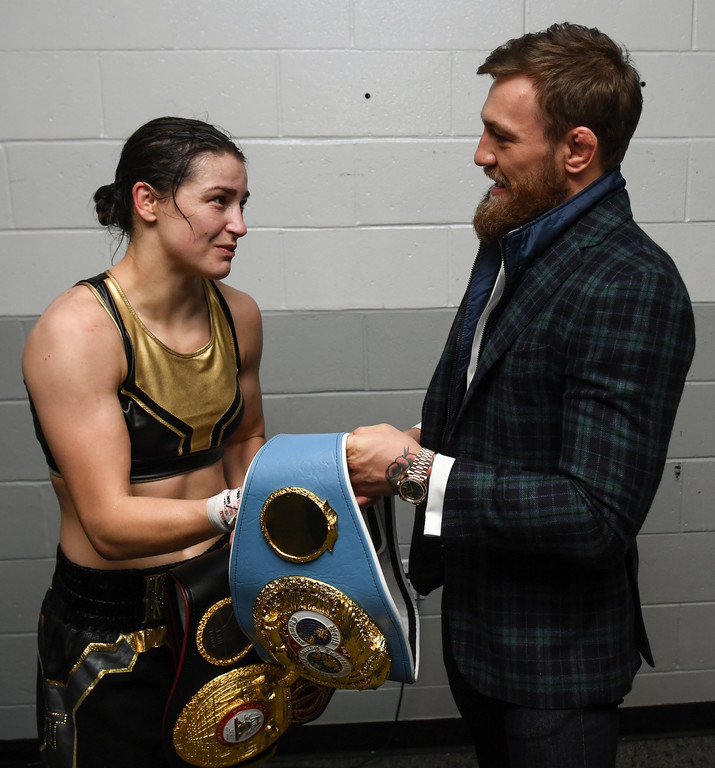 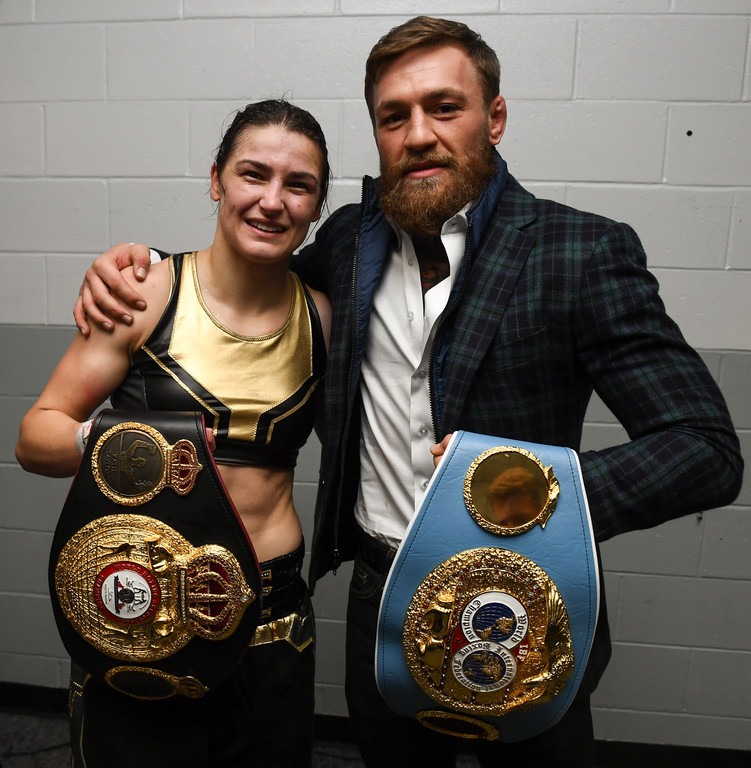 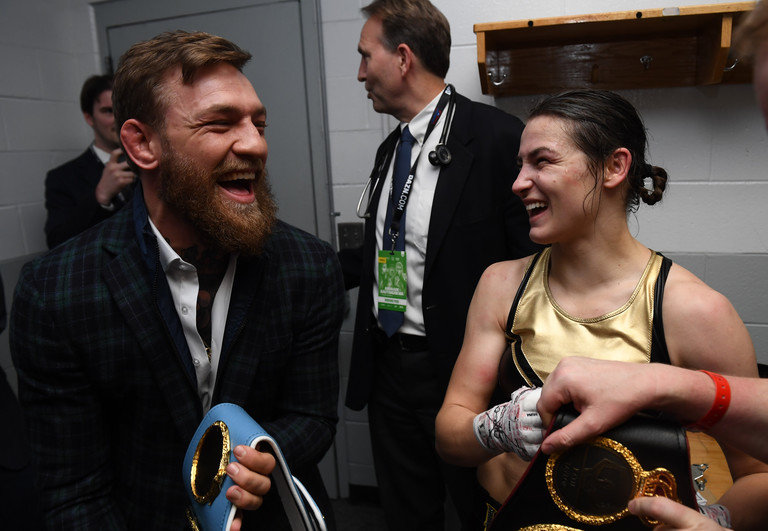