More. More of this and more to do. Tonight, Irish boxing showed everything it can be. A sea of struggle cast aside to unearth a pit of potential. Ray Moylette’s courageous loss against Christian Uruzquieta was the main event, but the chief takeaway is the thriving community that witnessed it.

Moylette had promised to give the people what they paid for and duly delivered from the moment his intro began. Tonight the lightweight landed just short, losing out on a decision scored 95-94; 94-95; 96-92. 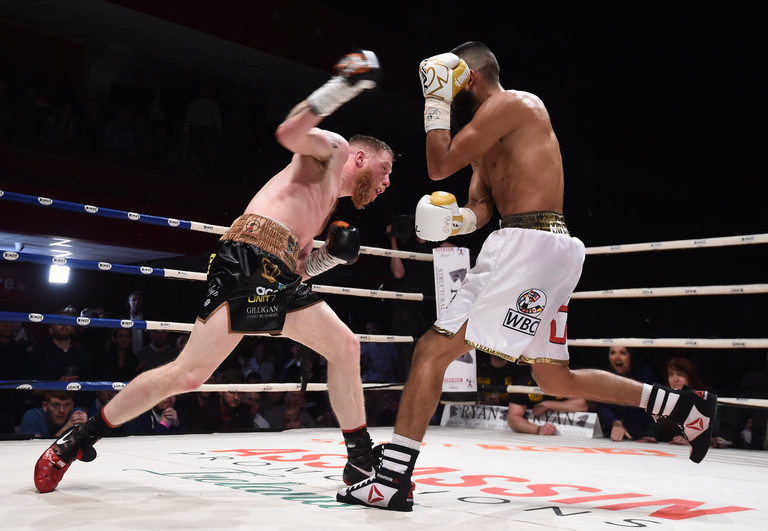 Concerns about the public's appetite have been defiantly dismissed. Castlebar's Royal Theatre was rocking, and social media was ablaze. This is, of course, only natural given this nation’s quintessential relationship with sport. What is Ireland’s favourite game? The real answer is success and the attested bandwagon. Rugby, football, hockey or boxing, Irish fans will leap abroad in their droves when given justifiable opportunity.

Uruzquieta demonstrated all of the quality that the night's other visitors lacked and initially found joy with his jab. Yet, on top of a wave of ‘Olé’s’ from his own people, Moylette roared back and finished the second round with a penetrating exchange to greet the bell.

An immensely competitive third followed with the Mayo man forced to duck rather than thump. His evasive skills carried into the following round. To the rear of the blue corner, the challenger’s coaches vigorously called for a spin-out hook and the message manifested itself in the fifth round when a left-hand reigned disaster down on ‘Sugar Ray’. Twice in a minute, he was floored and the bout looked done.

In the sixth, Moylette rousingly responded. Much credit must go to Paschal Collins for a masterly corner performance. As his fighter lay on the canvas, he gently beckoned him upward. Timely wipes of the canvas floor bought some crucial extra seconds in between rounds. As the storm ruled, he was a figure of perpetual calm, gently coaxing everything he could from mettlesome Ray Moylette.

By the seventh, the former St Anne's man found it in himself to dodge a loose haymaker and taunt his relentless foe by looking for in the crowd. It was in these tense rounds that laser accuracy in tight exchanges edged it towards his opponent.

A slip kicked off the ninth and seemed to inspire Uruzquieta. He expertly closed the fight out, but this is certainly not the end more the beginning of something special for Irish boxing and Ray Moylette.

On the undercard, Ray Sheahan enjoyed an empathically easy return to the ring, eight months after his extraordinary triumph at Last Man Standing. Waterford Welterweight Dylan Moran let a loaded left-hand fly and looked poised to secure a first-round finish, but a dogged Nelson Altamirano brought it the distance. 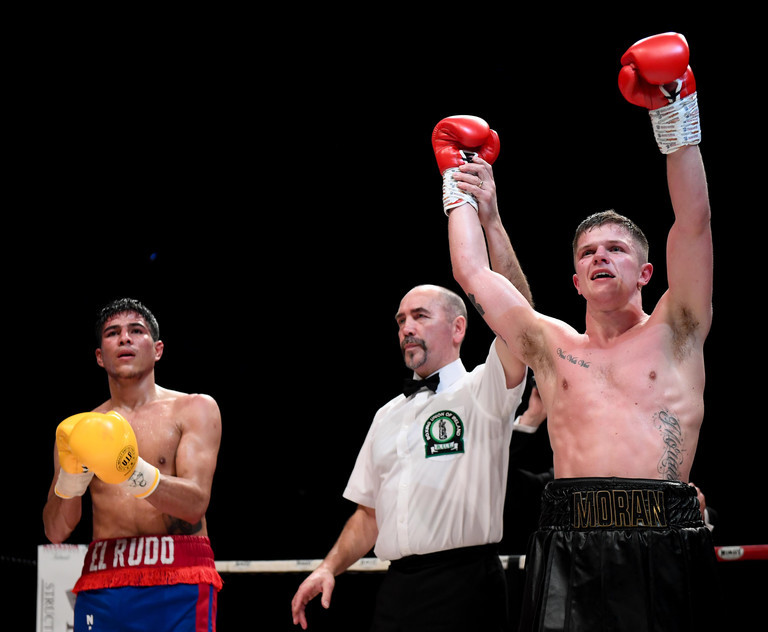 There were also wins for light middleweight Gary 'Spike' O'Sullivan on a five-point decision and a first-round stoppage for BUI Celtic light welterweight champion Victor Rabei. Sligo's Aaron Gethins first appearance in the paid ranks produced a decisive points victory and a wall of noise from his considerable support.

To rise from poverty to national publicity is encouraging, but the undercard’s unevenness is a reminder that while there has been much done, there is more to do. There are many justifiable and worthy mitigating factors for what transpired yet the fact remains fight fans will pursue competition, not one-sided exhibitions. The main event is a testament to that.

After a battle in the ring Ray Moylette was defeated but he was able to thank the crowd for their great support! @AssassinBoxing ar @TG4TV #tg4boxing pic.twitter.com/MUrABBD0sH

He lost in the ring, but tonight Irish boxing reclaimed its rightful spot in the sporting mainstream and Ray Moylette was the man that delivered it.

SEE ALSO: 'We Just Bounced Ideas Off Each Other' - Moran Out To Create His Own Legacy