It was set to be the first one three super fights in 2020 for Katie Taylor, but agreeing on a deal with seven weight world boxing champion Amanda Serrano has proved a difficult situation.

Speaking to Balls.ie last year, Taylor's manager Brian Peters confirmed that a "deal is done, the purse is agreed. She has signed," when speaking about a future Serrano fight. The 31-year old has been particularly vocal calling for the bout.

However, that changed in recent weeks. Serrano's scheduled Combate Americas MMA fight with boxer Dahiana Santana was cancelled earlier this month and she hinted at retirement in the aftermath of that.

The fight game isn’t a very good 1 @ times, my MMA fight for @combateamericas has been cancelled. I Spent a ton of hrs training for it. I’m Honestly tired of all the Crap. I think it’s time to move on to the next chapter of my life. @loudibella @prboxea

Now her team have confirmed they still intend on facing Taylor this year.

"We are working to include Amanda on a boxing card on January 30 in Miami (Florida) so that the next fight is against Katie Taylor in April," said Serrano's coach and manager, Jordan Maldonado, in an interview with Primera Hora.

"We have achieved all the goals. She sacrifices a lot, for her there was no Christmas or New Year. Her participation in Combates America has been cancelled and this breaks her heart for the sacrifices that she made.

"I can’t guarantee that [fans] will see much more of Amanda. If things go well, then we are going to be given those two fights or we will officially talk about the retreat." 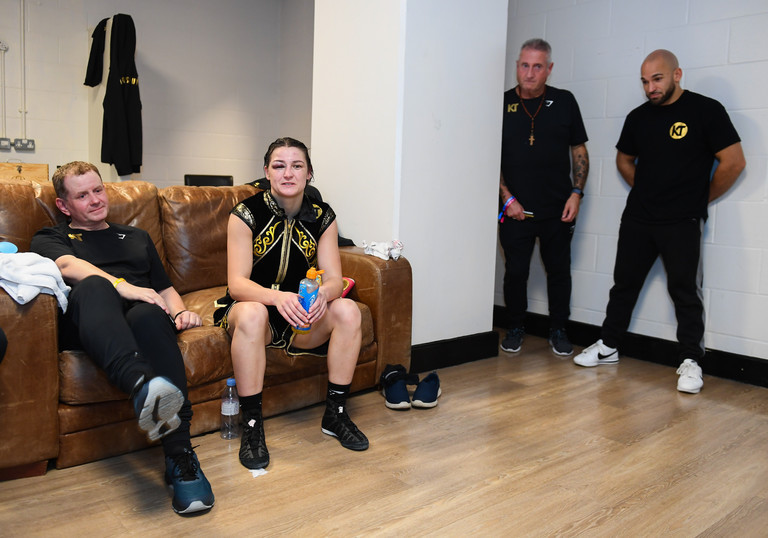 Speaking in Manchester after Taylor became a two-weight world champion with victory over Christina Linardatou, Eddie Hearn confirmed the goal was still to fight Serrano, a rematch with Delfine Persoon and a match-up against Cecilia Braekhus. Persoon's recent decision to pursue Olympic qualification will complicate that matter.

Hearn did also warn that it will only be on the Irish women's terms.

All these people, Linardatou included, just made life-changing money tonight through fighting Katie Taylor. Which is great — that’s not a criticism. That is wonderful for the sport and brilliant that female fighters are getting opportunities and paydays like that through Katie Taylor.