New York fight week must feel strange for fighters. So many events, so much hype - and yet they say the week drags on like no other.

Most boxers will claim they just want to get to work in the ring, forgetting about all the obligatory pantomime business. Despite the significance of Saturday's event - all four world titles will be on the line as well as the Ring belt - the build-up to the fight was always going to be understated given Taylor's usually restrained approach to fights.

But that doesn't mean the significance of this weekend's event is lost on the Bray fighter. 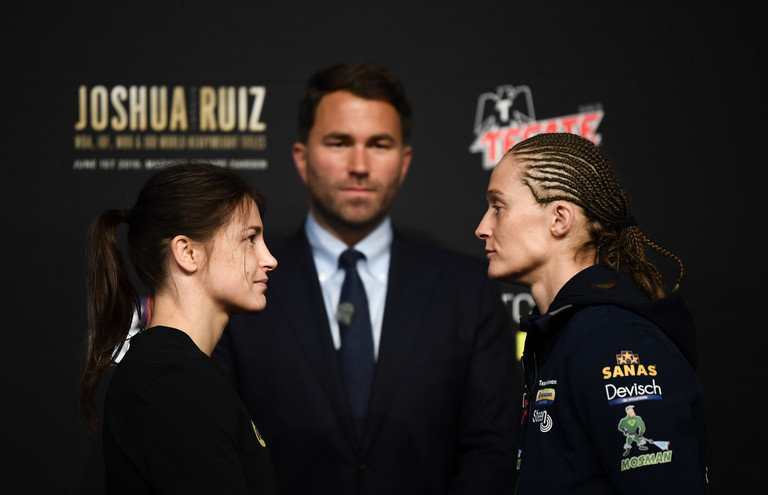 Speaking at today's press conference in New York, the 34-year-old gave the impression of someone who was very aware of everything that is on the line in Madison Square Garden.

This is exactly what boxing needs - this is champion against champion, the best versus the best. This is not just what women's boxing needs; this is what boxing needs. I'm definitely expecting the toughest test of my career but I feel prepared for this challenge.

Meanwhile, Persoon was also speaking at the press conference and while it was clear English wasn't her native language, she was able to articulate just how important the fight is in her eyes.

I'm the first boxer that can make history for Belgian boxing. For me, it's very exciting. Now, we got the chance - we are ready and we're going for it.

As boxing build-ups go, it's not the most captivating. But don't confuse a lack of razzmatazz with a lack of motivation and determination.

Boxing
1 month ago
By PJ Browne
'I Was Grateful He Made Time For Me. It Was A Stay Sharp Thing'
5