What Time Is Katie Taylor Fighting? Irish TV Details For Taylor Vs Volante

Katie Taylor will take to the ring once again this Friday night, as she seeks to add a third world title to her collection. Standing in her way is WBO champ Rose Volante, an undefeated fighter from Brazil. But what time is Katie Taylor fighting?

While Taylor is the heavy favourite entering the bout, she faces some stiff competition. If you are planning on watching the fight, we have all the details on where to watch Taylor vs Volante.

Taylor will face off against undefeated Brazilian fighter Volante with three world titles on the line. The Irishwoman defends her WBA and IBF lightweight world titles, while Volante's WBO title will also be up for grabs.

Both fighters have undefeated records heading into this one, with Taylor currently sitting at 12-0, while her opponent has won all 14 of her pro bouts.

If the Bray native manages to add the WBO crown, she will become the first Irish fighter to hold three simultaneous World titles in the four-belt era. 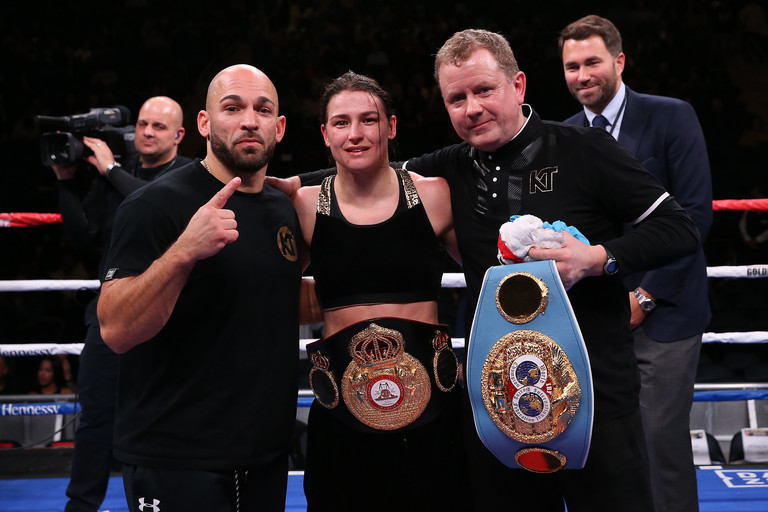 The fight will take place on Friday March 15th.

The fight will be held at the Liacouras Center in Philadelphia.

What time is Katie Taylor fighting?

It will take place on Friday night/the early hours of Saturday morning at around 1.30am. That time is not set in stone, as it will depend on the duration of the bouts taking place beforehand.

Where can I watch the fight?

The fight will be aired on Sky Sport Main Event.

Who else is on the fight card?

The main event on the card is the meeting of Tevin Farmer against Dubliner Jono Carroll. Hometown favourite Farmer will be defending his IBF Super-featherweight title in that one. Mullingar fighter John-Joe Nevin also features.