Why Do People Care About Jake Paul vs Ben Askren?

In case you've been living under a TikTok account, there's another Youtube boxing event happening in the early hours of Sunday morning.

Don't worry, if you still watch the Six O'Clock news religiously and own too many pairs of bootcut jeans, it's not too late to get down with the kids.

Here's a guide to the 'big' fights tonight, in case your twelve year-old nephew asks did you watch it on Facetime tomorrow.

When is it on?

The seven fight card gets underway just after midnight Irish time. The official PPV can be bought on FITE TV for €19.63. Don't get the garlic bread and the cans of coke later with the takeaway and you're sorted.

Jake Paul is a Youtuber by trade, boxer by occasion. Having started out on the now defunct 'Vine' app and rising to fame there, he has amassed over 20 million subscribers on Youtube. He dabbles in videos, rapping and even gets cancelled every few months. He has two boxing wins on his record, over fellow Youtuber AnEsonGib and former NBA player Nate Robinson.

'Funky' Ben Askren is a retired MMA fighter. A decorated wrestler by trade, Askren fought for most of his career for ONE Championship, Asia's answer to the UFC. Having been welterweight champion over there, he was part of the UFC's first and probably last ever 'trade'. This gave him the UFC limelight, but it didn't go well. He retired after racking up a two-fight losing streak.

This is the true male peak condition.

Ben Askren v Jake Paul is something else man 😂😭 pic.twitter.com/EdPlWegKHP

Who else is fighting?

Why do we care?

The element of intrigue is strong with this one. I wouldn't say there's many out there that would lose sleep if they missed this fight, but many will want to see how it turned out. It's a meeting of worlds: Youtube vs MMA. In boxing. Equally bizarre, equally amusing. Ben Askren will be defending legitimate martial artists around the world, while Jake Paul will be trying to convince himself he's the toughest mofo around that carries around a vlog camera.

More? You want more? If a nightclub owner fighting a reggae artist isn't enough for you to part with €20, then hear me out. There will be appearances from Justin Bieber and Snoop Dogg on the night. What a time to be alive.

Freddie Roach: ‘When Ben Askren knocks Jake Paul on his ass… YouTube will have itself a new most-viewed video highlight’ https://t.co/foSe67hh4C pic.twitter.com/RFPgadtA2r

It's another Youtuber boxing event, so no doubt it will do big PPV numbers and those involve will boast about that for days to come. If you're a night owl and fan of combat sports, you might be staying up for this one. If you'd like to get on with the rest of your life, we won't judge. 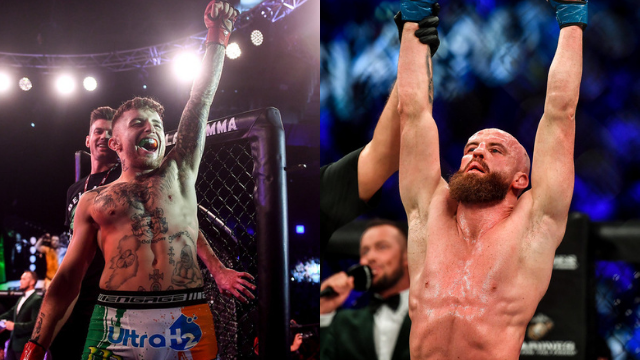