Bradley Wiggins said that Sam Bennett could almost be considered British after the Carrick-on-Suir rider became just the sixth ever Irishman to win a Tour de France stage on Tuesday.

Wiggins made the ridiculous statement while sitting alongside Bennett's fellow Irishman Sean Kelly on Eurosport's 'The Breakaway'.

He's a young sprinter as well, really. It's great. We can almost consider him British, I know that you lot won't like that, will you?

Wiggins's question was directed towards Kelly and 'you lot' was a reference to the Irish people. Kelly shook his head and told Wiggins, "You're not going to claim him".

THE FUCKING NECK. And then he comes back with another insult.

Not done there, Wiggins managed to further insult Kelly.

"I've know Sam quite a few years in terms of racing," said Wiggins.

Once the Irishman in the studio was allowed to talk about the Irish rider - and stop Wiggins's nonsense - Kelly explained that he and Bennett have had a close relationship for many years. Like Bennett, Kelly also hails from Carrick-on-Suir.

"I knew Sam from a young age when he was back in Ireland,” Kelly said.

"I remember he had a bad crash and I went to see him in hospital so there’s a lot of history there between myself and Sam.

"He was in my team, the development team, and we took him along for several years to set him on the road for getting in a bigger team.

"It’s a major day for Sam, because he has been knocking on the door at the Tour. We could see the emotion afterwards. It’s amazing.

"When you crack your first stage in a the Tour de France it’s an amazing feeling. We could see it didn’t hit home for a while.

"I remember the time when I won my first stage, it's really a bit later you start thinking about it. There's all sorts of things going through your head. Some guys show emotion immediately, with other guys that emotion is going on in there but they don't really show it.

"What a day for Sam. When I see Sam doing the interview there after the race it was quite emotional and I was close to shedding a tear." 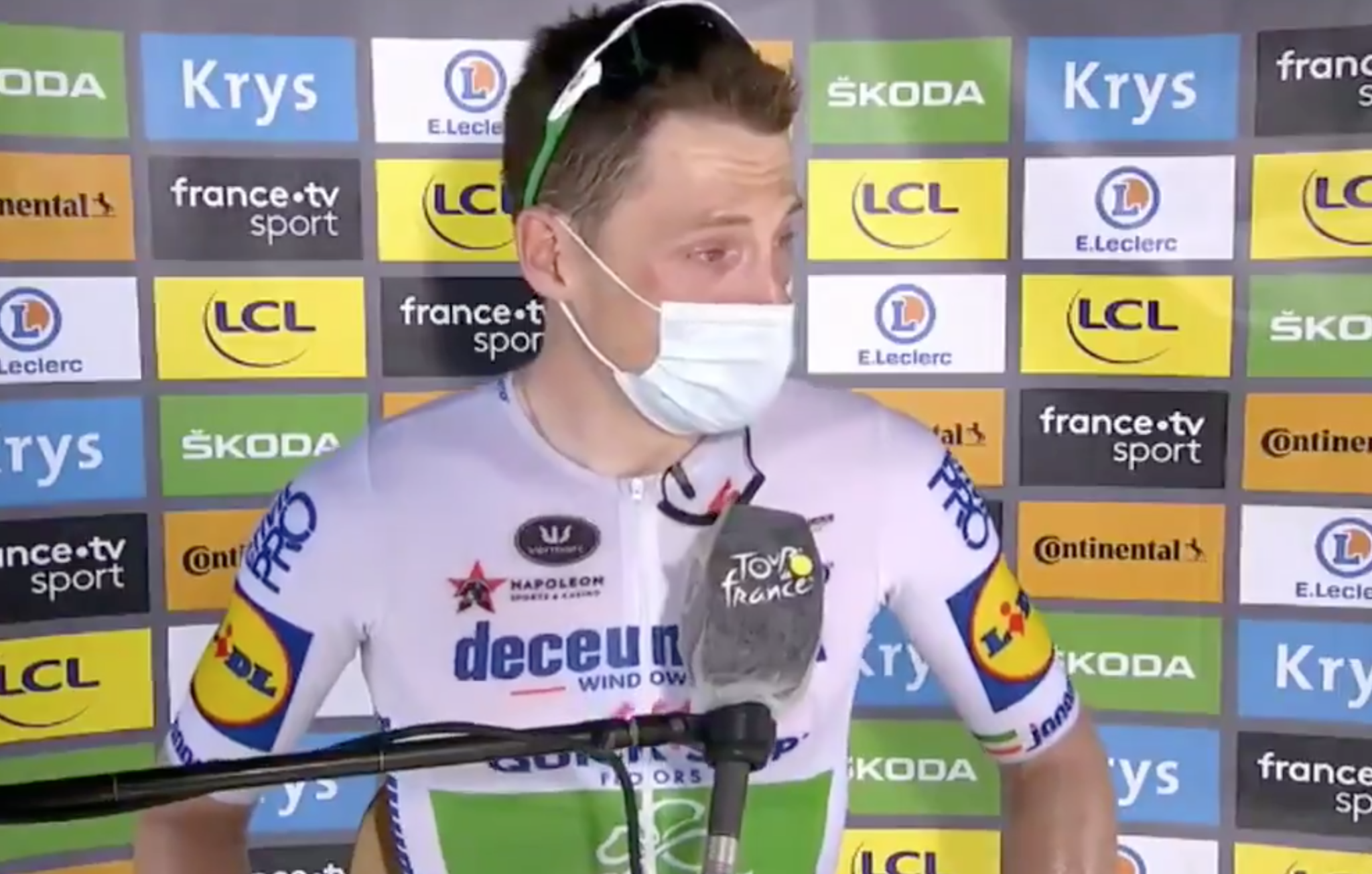