Irishman Sam Bennett took an early lead of the Tour of the Algarve this afternoon, as he won stage 1 in Portugal. The 189.5km stage from Lagos to Portimao was won in impressive style by the Tipperary native.

It was a sixth win of the season for Bennett - but it could have been a lot easier for him, had his lead-out-riders Fabio Jakobsen and Shane Archbold not crashed out just 4km from the finish. It was a tense finish, as Bennett kicked on in the final few hundred metres and took a narrow stage win over Danny van Poppel in second.

'This day belongs to him' 🥇 @Sammmy_Be claims his 55th pro victory as he wins Stage 1 of the Volta ao Algarve 👏#VAlgarve2021 pic.twitter.com/pS6tdjucLj

Bennett won the green jersey on last year's Tour de France, and his win in Portugal bodes well ahead of this year's Tour, which kicks off on the 26th of June.

The stage win in the Algarve was Bennett's sixth of the season, and he was in confident form when talking to the press after the race.

I’m really happy with the win. I didn’t know how the legs were going to be coming into this race, after the short break. And I was on the limit today, but the team did an incredible job, even when riders came down in crashes, we adapted to the situation, and were able to do a fantastic job.

I just had to stay alert, tried to stay upright, and just put my trust in my team-mates when they came back in the last 2km, It was hard in the end, the legs were kind of spent, but I just managed to pull it off.

The Tour of the Algarve continues over the coming week, with a mountain stage tomorrow brining the riders from Sagres to Foia. Bennett will stand a better chance on the flatter stages, but Irish fans will surely be keeping a close eye on his progress in the hope he will be in contention going into Sunday's final stage. 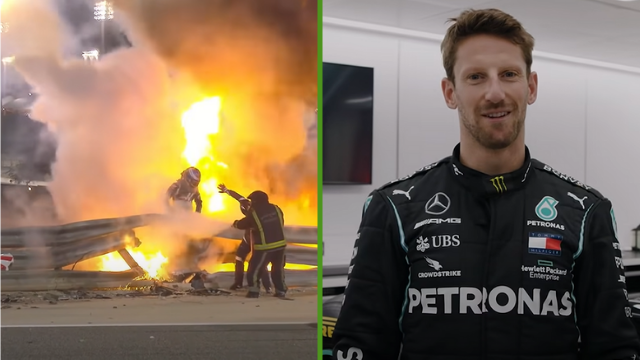 Cycling
1 month ago
By Gary Connaughton
Watch: Last Gasp Freak Crash Denies Geraint Thomas Tour De Romandie Stage Win
Olympics
2 months ago
By Eoin Harrington
'It's Not Without Difficulties But It's Not Without Opportunities - Martin Gordon's Big Push For Tokyo
Irish Life
5 months ago
By Balls Team
Six Nominees Revealed For RTÉ Sportsperson Of The Year
Previous Next

Tour of the Algarve sam bennett