At Murrayfield, at the Curragh, in Amsterdam: human beings are making their voices heard at sporting events across Europe today. We all can agree that sports without people is nothing. But we must also concede that human beings occasionally bring chaos to sporting events.

The Tour de France began today in Brest. Unlike last year's Tour, fans were allowed back on the roadsides during the Tour. One fan, perhaps forgetting how to behave at a sporting event, made their presence felt. This fan brought down the entire peloton, with a cardboard sign while posing for a photograph or the TV cameras. The person didn't seem to be aware that the entire peloton was approaching.

GREAT TO SEE SPECTATORS BACK INVOLVED IN SPORTS EH pic.twitter.com/Kwxj8be2Qh

No one seemed hurt by the accident

Uh oh - a supporter's sign knocks Tony Martin and many many others off their bikes! #TDF2021 @LeTour pic.twitter.com/1ao5m8S5xS

The person in question was instantly vilified on social media.

Once again, spectators, destroying months of hard work. We love the fans but not the ones who put up signs in the front of the peloton and don't realise the consequences of their actions. Hope the guys are OK #TDF2021

Covid restrictions have been relaxed in France in recent weeks, allowing for the return of fans to the roadside.

Peter Sagan was one of many cyclists to welcome back the presence of spectators at the Tour.

"I'm really happy that after a difficult 2020, there will be more fans lining the route again this season

"We've already seen that at the Giro d'Italia. And it will happen on such iconic climbs as Mont Ventoux on the Tour.

"We ride for the spectators, after all, and their encouragement spurs us on. We'll see if I have another opportunity like in 2019 on the climb to the Tourmalet, when I signed a copy of my book held out to me by a fan during the race." 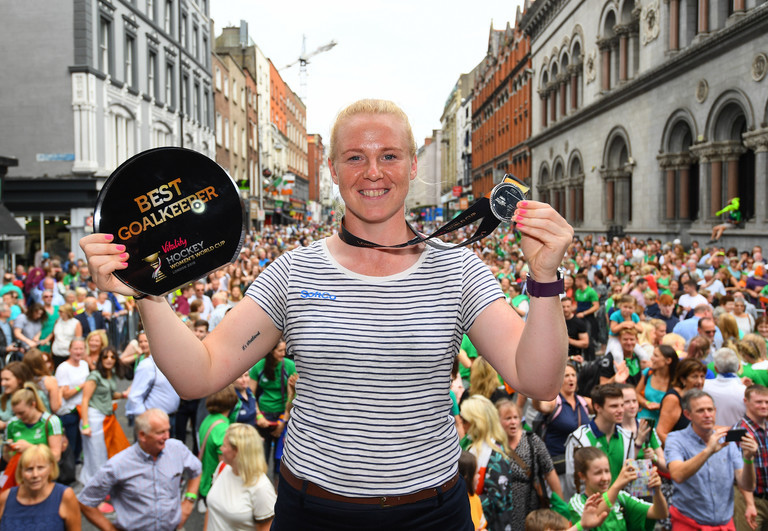 6 August 2018; Ireland's Ayeisha McFerran with her award for the tournament's best goalkeeper during their homecoming at Dame Street in Dublin after finishing second in the Womens Hockey World Cup in London, England. Photo by Ramsey Cardy/Sportsfile