We've all been there, studying for Christmas exams and you end up spending three hours wasting your time watching sport fail videos.

Procrastination is curse that has befallen us all at one point or another but two UCD students have used it to create something special. Physics students Simon Jones and Adam O'Reilly decided to use GPS tracking app Strava as their paint brush as they cycled around Dublin to create an image of a snowman. 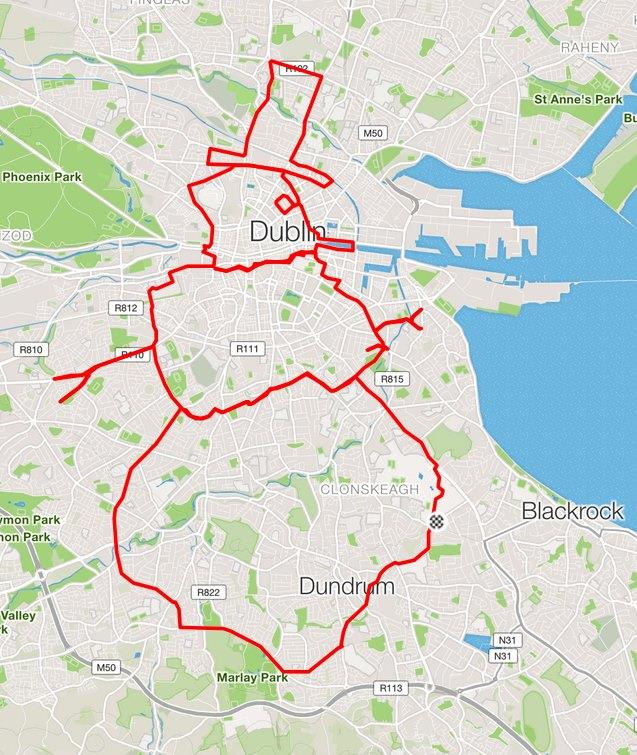 Speaking to stickybottle.com, Jones explains how the idea came about and why it was himself and O'Reilly decided to take up such an undertaking.

I was bored one day just studying – or procrastinating – and I thought it’d be cool to come up with something like that. It was hard to do and it wasn’t my first idea;

I tried to do a Santa head around Howth Head but I couldn’t make it work so I ended up with the snowman.

Their level of detail in the snowman is really something to admire going so far as to give him a top hat and carrot nose. 62 km is some distance to cover all in the name of art. Nice to see the future of the Irish physics community is in safe hands.

Cycling
2 months ago
By Gary Connaughton
30 For 30 On Lance Armstrong Scandal To Be Released Later This Month
GAA
3 months ago
By Jackie Cahill
'I Felt Sick, Insanely Tired' - Ex-Armagh Star Details Covid-19 Experience
Other Sports
7 months ago
By Balls Team
Nominees Announced For RTÉ Young Sportsperson Of The Year
Popular on Balls
GAA
22 hours ago
By PJ Browne
Former Cork Footballer Kieran O'Connor Has Died Aged 41
22