When Nike unleashed an advert featuring a bunch of professional footballers playing a goalkeeper-less 3v3 tournament in a cage on a ship, we reached the pinnacle of advertising. Elvis vs JXL "A Little Less Conversation" soared up the charts too as a direct result.

The best players in the World (that were endorsed by Nike at the time obviously) were taken to a secret location on the ocean only accessible by boat, and put in teams of three. What happened next was truly magical. With Eric Cantona as the host, the secret tournament made ad-breaks fun. Our only complaint was that it wasn't an hour long.

So Francesco Totti, Theirry Henry, and Hidetoshi Nakata emerged victorious, but were they the best team on paper going into the tournament? We've unearthed the team sheets, and here are how we saw the pre-tournament power rankings, because the best team doesn't always win. 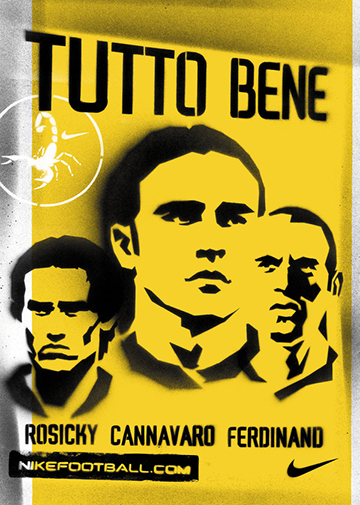 While 'Tutto Benne' would be rock solid at the back with two promising young defenders at the back in Fabio Cannavaro and Rio Ferdinand, you would have to wonder where the goals would come from in a three man team where all of the creative responsibility falls on a young Tomas Rosicky. 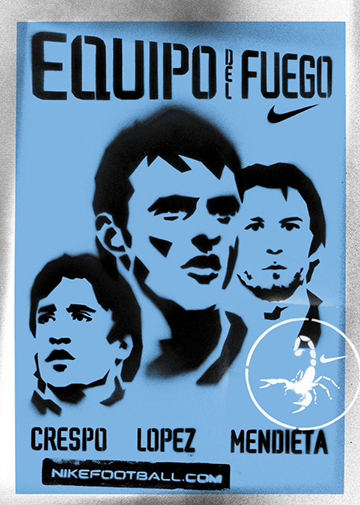 It's tough to have this team so low in the rankings, because they would be great to watch, but ultimately Claudio Lopez, Hernan Crespo, and Gaizka Mendieta offer nothing at the back. While their passing and finishing would be remarkable, we think the stronger sides would expose their vulnerability in the rear guard. 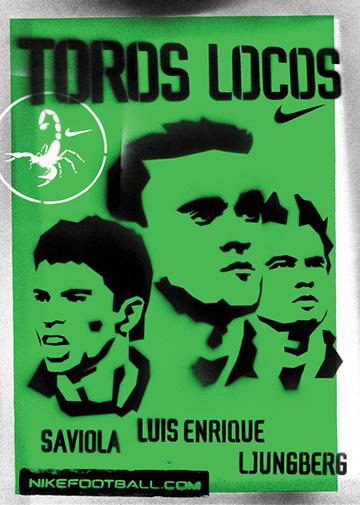 The crazy bulls are a nicely balanced side. You would have to imagine Luis Enrique would be doing most of the defensive work, but 2002 Freddie Ljungberg and a young Javier Saviola would be a problem for anyone. Ultimately they just lack that certain something that the other squads all offer. 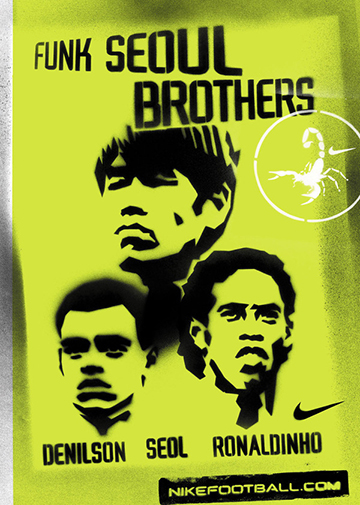 Another lopsided team here, but honestly Denlison and Ronaldinho would be such a nightmare in The Cage that we feel they would have enough to win a few games. Seol Ki-Hyeon's presence in this team at all is baffling, but we know Nike needed a Korean player in there with them co-hosting the tournament. Apparently he was the most marketable Korean player in 2002. The two Brazilian lads would never pass to Seol, and you can't win a 3v3 tournament that way. 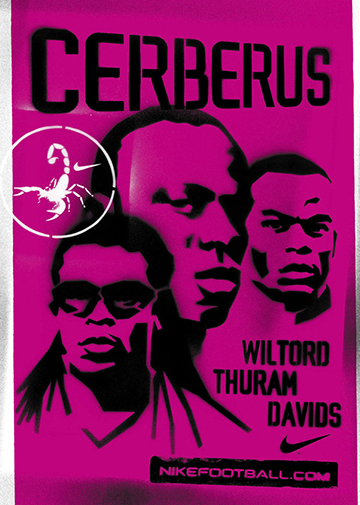 A good bet to go all the way, Cerberus were just beautifully balanced. The power of Lillian Thuram at the back, the work-rate and skills of Edgar Davids in the middle, and then a red-hot 2002 Silvain Wiltord up front. An incredibly satisfying side. 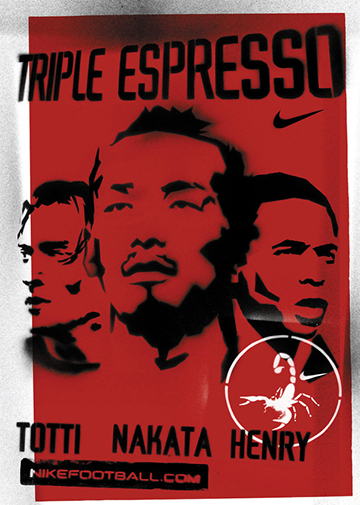 Controversial! The side that WON the tournament had to settle for third place in our pre-tournament power ranking. Totti and Nakata would be spectacular on the ball for sure, and while Henry's finishing and creativity (as we saw with the genius winning goal) would be stunning, one of his best attributes, his pace, would be ineffectual in the cage environment. 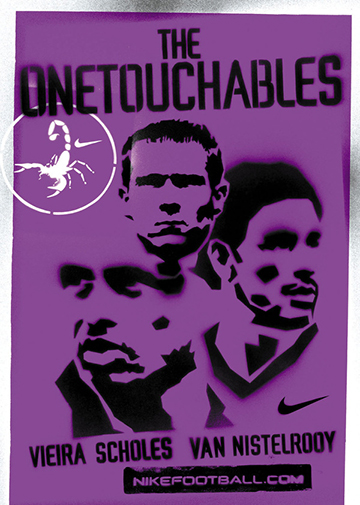 What a beautifully balanced side. We didn't see enough of them in the ad, but Vieira's physicality, Scholes' craftiness on the ball, and Ruud's lethal finishing? Sensational. Also the owners of easily the best team name in the tournament. You would have to imagine that the lads would put the United/Arsenal beef to one side and play some of the best and most effective 3-a-side football imaginable. 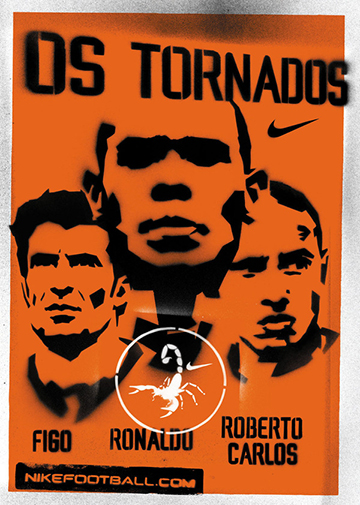 Surely the best side here. Who picked these teams? Ronaldo was the best player in the World, Figo was an absolute superstar and Real Madrid Galactico along with Roberto Carlos in his absolute prime. All can play, all aspects of the game were covered in defending, creativity, and finishing, and they were so good that the only reason they didn't win the whole thing was because Henry and Totti are two crafty lads who caught them out at the kick-off.

Images via Diromero (if you are interested in reading about the economics of this Nike marketing campaign we highly reccomend giving this article a read).