Kenny Cunningham Has An Extreme View On The Jack Grealish Situation 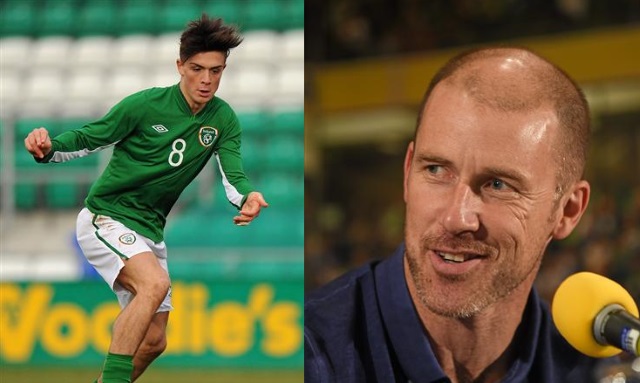 Kenny Cunningham thinks that Jack Grealish is a fantastic talent and has really enjoyed watching him play but believes it's time Martin O'Neill completely cut ties with the Aston Villa midfielder. The player turned down a chance to join up with the Irish senior international squad and for Cunningham a "line in the sand" has now been drawn. Grealish stated earlier this year that he was taking a break from international football but would like to return to the Ireland shirt in September.

Speaking to Joe Molloy on Off the Ball on Tuesday evening, the former Irish captain said that he would not call Grealish up again.

I wouldn't call him up again. This lad's 19/20 years of age. You make a decision to play for your country with your heart, you don't make it with your head. You don't need nine or ten months to mull over every potential permutation and the advantages and disadvantages of the choice that you make. It's not a decision based on logic. It's a decision you make with every sinew in your body and heart. You make it with your heart and you make it instantaneously. This lad's been in the system for four and five years. He should know!

And when Cunningham said that he would not call Grealish up again, he really meant it. Even if he was to call Martin O'Neill up in September and pledge his allegiance to Ireland, Cunningham thinks that we should not cap him. He did say however that if such a conversation took place then he would respect O'Neill's decision to pick the midfielder.

You can listen to Cunningham below.

Football
11 hours ago
By PJ Browne
Quiz: Name Every Team Relegated From The Premier League In The 90s
8