10 Players Who Played For Unexpected Clubs In The Champions League

The Champions League is the pinnacle of the European game, and we associate it with seeing the best players playing for the very best clubs.

Sometimes, however, unexpected faces pop up. Whether that be legends of the game lining out for minnows, or unlikely signings for Europe's biggest clubs, there have been some classics in recent years.

Here are ten of the most unexpected player-club combos in Champions League history - we're sure there will be some you've forgotten.

Didier Drogba is known for two Champions League moments more than any other - the role he played in Chelsea's 2008 demise, when his red card helped Manchester United win the final in Moscow, and his ultimate redemption in Munich four years later when he scored in the final and went on to net the winning kick in the shootout.

He would leave Chelsea immediately after that 2012 triumph and, after a few months in China, made his way to Galatasaray in Turkey. He instantly slotted into a strong side that also contained Wesley Sneijder, Fernando Muslera, and Felipe Melo.

He played an important role in Galatasaray reaching the quarter-finals of the Champions League, and scored in the second leg of their last eight tie with Real Madrid. The Turkish side would ultimately lose out 5-3 on aggregate.

One of Ireland's own had a brief run in the Champions League with the champions of Portugal in the 2000-2001 season.

Phil Babb spent two years in the Portuguese capital at the turn of the century and took in a Champions League group stage in 2000-01. He made just one start, at which stage Sporting were already knocked out, but he did keep a clean sheet against a Bayer Leverkusen side who would go on to reach the final the following season. 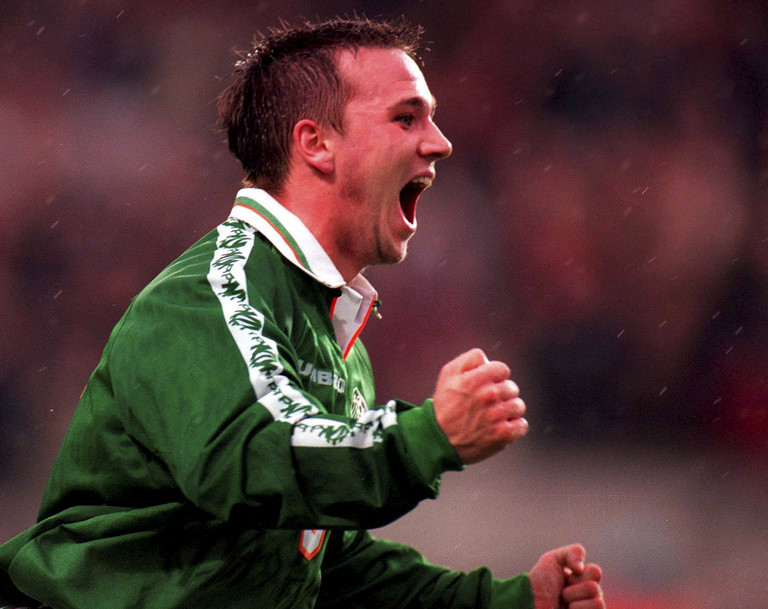 Irishman David Connolly popped up in the Champions League in 1997-98 for Feyenoord. Photograph Brendan Moran/SPORTSFILE

Another example of an Irish player you may have forgotten had a run in the Champions League. David Connolly was at the peak of his powers in the late 90s, and earned himself a move to Dutch side Feyenoord as a result of his form.

The Rotterdam-based team were handed a tough draw in the group stages, with Manchester United and Juventus both to face. Connolly appeared in the games in Turin and Manchester - starting at Old Trafford - and got another opportunity to start against Kosice on the final day but he ultimately saw his side fall at the first hurdle. 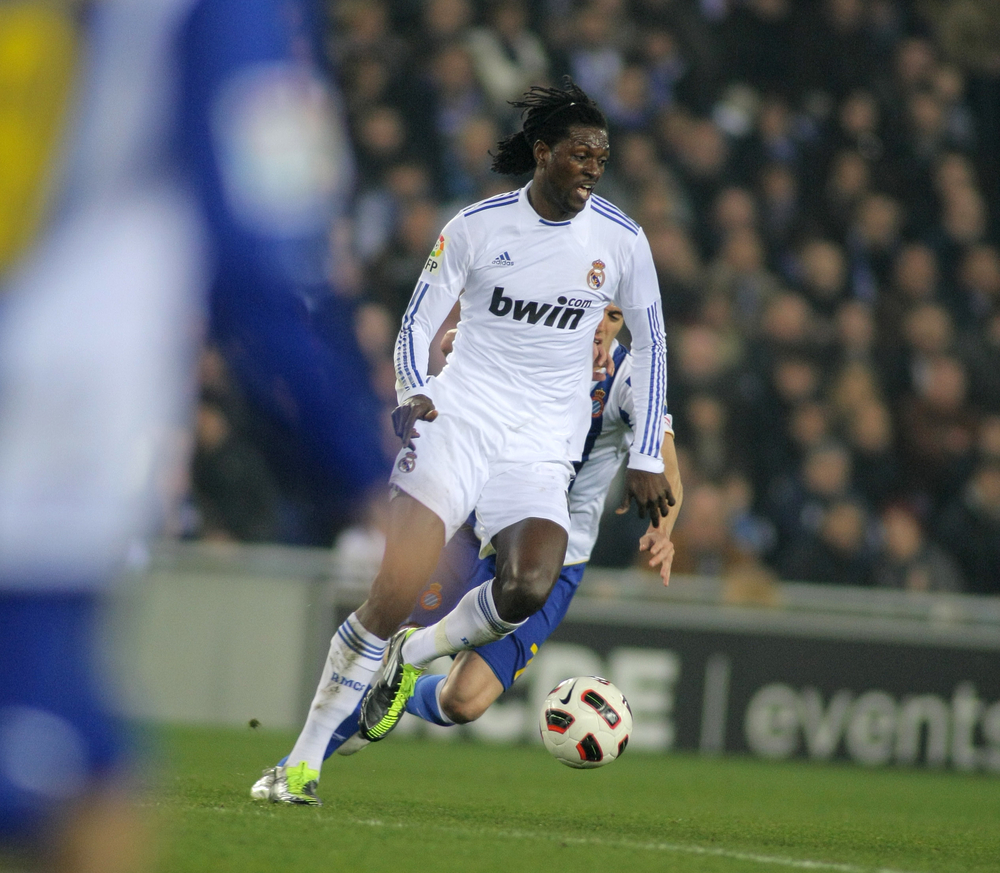 Emmanuel Adebayor's time in Madrid is a vintage example of a period of a footballer's career you would easily forget without a reminder. He spent barely six months in the Spanish capital but bizarrely found himself heavily favoured by manager José Mourinho.

On loan from Manchester City for the second half of the 2010-11 season, Adebayor saw himself start three knockout games ahead of Karim Benzema and Gonzalo Higuain. He repaid his manager's trust in him by scoring two against Spurs at the quarter-final stage.

Real would go on to lose to Barcelona in acrimonious circumstances in the semi-finals, but Adebayor saw game time in all six knockout games, before disappearing from Madrid never to be seen again.

Yeah, we don't remember this one happening either. The butt of many an unfunny meme, Nicklas Bendtner's career was inconsistent to say the least when Juventus took him on loan for the 2012-13 season.

The Italian champions breezed through the group stages of the Champions League, with Bendtner making a solitary appearance as a substitute against Nordsjaelland in the fifth group game.

He would make a return to the Champions League three years later with Wolfsburg, as they knocked Louis van Gaal's Manchester United out at the group stage

Golden Boy 2012. He had the potential to be one of the best in the world. He had flashes of world-class but never really lived up to very high expectations. pic.twitter.com/6PaP850vZo

In all honesty, we could have filled this piece with players from the 2012-13 Malaga side that reached the quarter-finals. Roque Santa Cruz, Martin Demichelis, Jeremy Toulalan, Julio Baptista - this was truly a team of cult heroes.

But, given he has gone on to be such a crucial player for Spain and Real Madrid in recent years, it's easy to forget that Isco started his career on Spain's south coast.

He not only played for Malaga, but starred for them in 2012-13, scoring three goals in Europe across the season, including a crucial goal in their tight win over Porto in the last 16.

After Malaga were controversially knocked out at the quarter-final stage by Dortmund, Isco joined Real Madrid, and has gone on to win four Champions League medals with Los Blancos.

When you think Jerzy Dudek, you probably immediately think of the 2005 Champions League final, when he played a huge role in Liverpool's unexpected triumph over Milan.

Two years after Istanbul, however, he was another who made the move to Madrid, in the hope of snatching Iker Casillas' number one jersey. It didn't quite pan out that way, with just two Champions League appearances in four seasons at the club.

One plus for Dudek was that he was trusted as a player-coach by Jose Mourinho, who would regularly be seen with Dudek on the sidelines. The Polish goalkeeper was fined in 2010, however, for the role he played in orchestrating Xabi Alonso and Sergio Ramos' deliberate red cards in the penultimate group game against Ajax.

The Schalke side of 2011 are in the Malaga vein of vintage Champions League teams. The team from the Rhine-Ruhr valley exceeded all expectations to reach the semi-finals - all while fighting a relegation battle in their domestic league.

Many of the names in that team, like Manuel Neuer and Joel Matip, would go on to be stars years later, but one player at the opposite end of his career in the squad was Real Madrid legend Raul. The Spanish veteran played a pivotal role in Schalke's success, scoring four goals across the season, including goals in each leg of the quarter-final against defending champions Inter Milan.

Now a legend of the modern game at Barcelona, Pique found his professional beginnings in Manchester under Alex Ferguson. He made one appearance as a sub against Fenerbahce in a Champions League dead rubber in 2004, but it was the 2007-08 season that saw his biggest contribution to the club.

He made three appearances in the competition, starting against Dynamo Kyiv and Roma in the group stages and scoring in each game. He then made a further start when United met Roma again in the quarter-finals, with the side already 2-0 up with away goals from the first leg.

He is part of an elite group to have won Champions Leagues with two different teams two years in a row, as he went on to move back to his home town of Barcelona for 2008-09 and defeat United in the following year's final.

Mexican striker Javier 'Chicharito' Hernandez timed his loan spell at Real Madrid poorly, spending a season on loan at the club in 2014-15. They would win four Champions Leagues either side of that season, with Hernandez and co. falling at the semi-final stage in 2015.

Chicharito did make all the difference in that run to the last four, though, as the man on loan from Manchester United scored the winner in the quarter-final second leg against Atletico Madrid. With the tie locked at 0-0 in the 88th minute of the second leg, Hernandez popped up to score the only goal of the tie and sent Real through to a last four clash with Juventus which they would ultimately lose.

SEE ALSO: Quiz: Name Every Player To Score In A Champions League Final 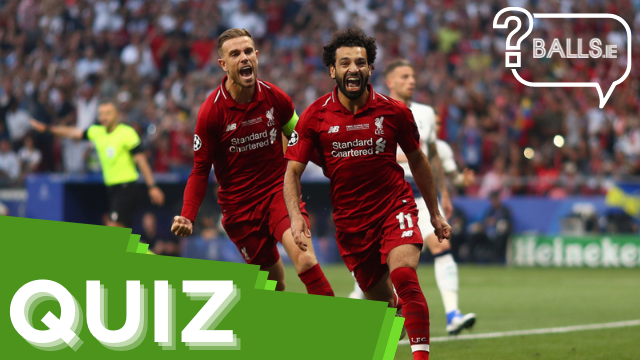 Football
12 hours ago
By Luke Delaney
Report: Real Madrid To Poach Aurelien Tchouameni Ahead Of Liverpool
Football
14 hours ago
By Eoin Harrington
Champions League Quiz: Name The Teams From The 2018 Real Madrid v Liverpool Final
Football
1 day ago
By Colman Stanley
Valverde Insulted By Salah Comments Ahead Of Champions League Final
Popular on Balls
Football
17 hours ago
By Colman Stanley
BBC Apologise After 'Manchester United Are Rubbish' Ticker Error
Football
1 day ago
By Gary Connaughton
Gary Neville Worried About Future Of Burnley After Relegation To Championship
GAA
2 days ago
By PJ Browne
Controversy In All-Ireland U20 Hurling Final Over Dubious Crucial Point
GAA
23 hours ago
By PJ Browne
How A Kerry Guard Ended Up Playing For The Tipperary Footballers