January can be a difficult time to sign players.

Most teams don't want to lose their best performers in the middle of a campaign, meaning you will often have to pay a premium to prise them from their current clubs. That can have often disastrous results.

We have already brought you a list of some of the best January signings in English top flight history, but there have been just as many bad ones.

Here are ten of the worst winter signings in Premier League history. 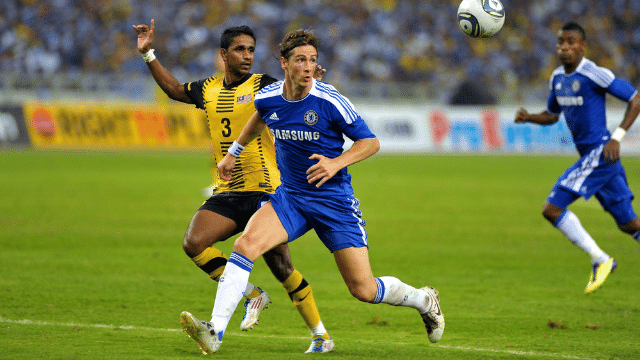 When Chelsea plumped up a then British record fee to bring Fernando Torres from Liverpool, most people thought it was an excellent bit of business. After all, the Spaniard had established himself as one of the most deadly strikers in the game over the couple of years before that.

However, while some felt his recent slump in form would be fixed by getting out of a dysfunctional Liverpool side, it proved to be something rather more permanent.

Torres failed to hit the ground running at his new club and never really recovered. He would win a number of major honours at the club, but didn't really play a decisive role in any of them. He would leave on a free transfer after four seasons at Stamford Bridge.

Somehow, Liverpool may have actually come out worse from the Torres deal. That is because they took a large portion of the fee received and spent it on Andy Carroll.

He was at the top of the Premier League scoring charts during this period, but would turn out to be anomaly. Carroll was a poor fit at Anfield, often finding himself out of the team even on the sporadic occasions he was fit. He would last only 18 months at the club before being sent out on loan to West Ham, eventually making the move permanent.

The only saving grace was that Liverpool managed to somehow recoup £15million of the fee they originally paid for him.

Technically the transfer fee in this deal was minimal, with Henrikh Mkhitaryan moving the opposite direction for a very similar price. That didn't stop United getting shafted.

In terms of expectation versus reality, Alexis Sanchez will go down as one of the worst signings in Premier League history. Arriving to a huge amount of fanfare (and accompanied by a piano), the Chilean would turn out to be an absolute disaster at Old Trafford.

He was clearly past his best, scoring a total of five goals in 18 months at the club. While there was no transfer fee paid, he was producing this form while on a rumoured £450,000 per week.

United would ultimately send him on loan to Inter, although it was said that they were still paying a sizeable portion of those wages.  They would then be forced to hand him around £9million to get him off the books in the summer of 2020. 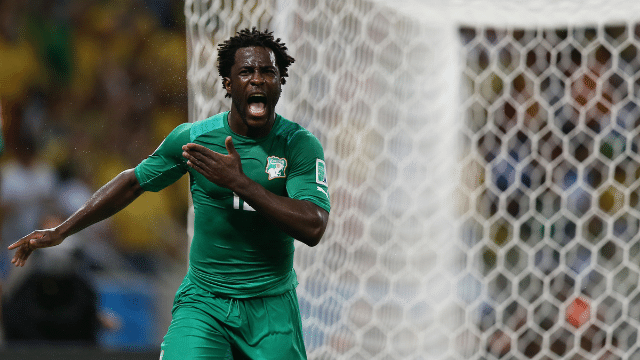 Wilfried Bony always seemed like an odd but for Manchester City, although he was in fantastic form for Swansea at the time. A £28million fee seemed a bit on the high side and so would prove to be the case.

The Ivorian scored 11 goals in 18 months at the Etihad, completing a full 90 minutes on only five occasions at the club.

His career nose dived after being sent on loan to Stoke, then failing to recapture the magic after a permanent move back to Swansea for a £12million fee.

Still only 33-years old, Bony has been without a club since leaving Saudi Arabian club Al-Ittihad in 2020.

It was only a loan, but Kim Kalstromm's move to Arsenal in the winter of 2014 has to go down as one of the strangest deals in recent memory.

Arsene Wenger was in desperate need of some midfield reinforcements at this time, leading him to seek a temporary move for the then 31-year old Swede. During the his medical, it was discovered that he had suffered a serious back injury during a recent training session on a beach.

Despite the fact the entire purpose of his signing was to be an immediate stop gap, Arsenal went ahead with the deal anyway. Kalstromm would be injured for his first two months at the club, making three league appearances in total before being sent back to Russia.

A club with a lot of money and not much sense of what to do with it can be a dangerous thing, with QPR being a prime example.

They spent a couple of seasons spending some serious cash in an attempt to move up the Premier League hierarchy, although all they managed to do in the end was recruit a number of big name mercenaries who had little concern about the team's performance on the pitch.

Chris Samba was the most expensive of the lot of them, arriving from Russia for a club record fee and handed a £100,000 per week pay package. The director of the club that sold him said that QPR were "out of their minds" immediately after selling him, something that probably should have been a red flag.

He was a disaster at Loftus Road, with the club relegated at the end of that season. They then somehow managed to flog him back to Anzhi for £12million.

A weird series of events.

Southampton had a reputation for smart recruitment for a number of seasons, but Guido Carillo's signing in 2018 was not one of their better purchases.

He arrived at the club having shown some strong form for Monaco, but he never settled in the Premier League. He made seven appearances without scoring in the months that followed, before being sent to Leganes on loan for two seasons, a period which included relegation from La Liga.

Carillo would go on to join Elche in October of 2020 on a free transfer but has since made little impact. 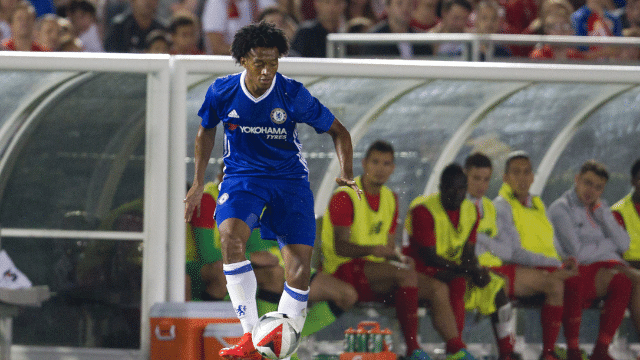 Juan Cuadrado is a fine football, although things never worked out for him at Chelsea.

The fee to bring him from Serie A was a sizeable one, but the Colombian could never nail down a place in the team at Stamford Bridge. He started three games over the second half of that season, the last of which saw him substituted at halftime against Crystal Palace.

Cuadrado would be sent on loan to Juventus that summer, with the move being made permanent in 2017. He has since forged a good career in Turin where he still remains to this day.

Fulham were praying that Greece international Kostas Mitroglou was the solution to their goalscoring issues when they signed him from Olympiacos for a club record fee in the winter of 2014.

That did not turn out to be the case.

Having previously been a prolific goalscorer in the Greek league, Mitroglou was an unmitigated disaster at Craven Cottage. He played a grand total of 151 minutes in the league that season, scoring zero goals as Fulham were relegated.

He was soon sent back to Greece on loan, where he was again rediscovered his touch in front of goal. After then going on a successful loan to Benfica, the Portuguese club forked out €7million to make the deal permanent. They sold him to Marseille for over double that a year later.

Fulham definitely got the short end of the stick here.

Afonso Alves was so poor at Middlesbrough that it actually put Premier League clubs off buying Eredivisie strikers for a number of years. That is quite the legacy.

The Brazilian arrived from Heerenveen with quite the reputation, scoring 45 goals in his 38 league appearances in the season-and-a-half before he signed for Gareth Southgate's side.

He would have his moments in the months that followed. He netted a brace in a 2-2 draw with Manchester United, as well as a hat-trick in the infamous 8-1 victory over Manchester City on the final day of the season.

However, it became clear the following season that he was not cut out for life in the English top flight. Alves was absolutely brutal in front of goal as Middlesbrough were relegated, shipping him off to Qatar's Al-Sadd that summer for £7million. 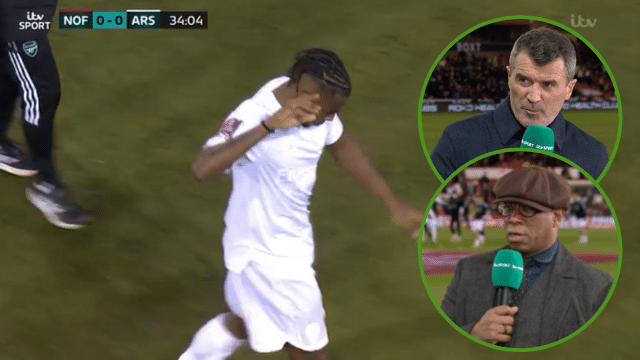