It's 10 Years Since Carr And Birmingham Pulled Off The Unthinkable

It might feel like a lifetime ago, but today marks a special anniversary for Stephen Carr and Birmingham City. The West Midlands side may sit two points from bottom of the Championship, but they can look back fondly on the 27th of February, 2011.

Birmingham's League Cup run in 2010/2011 was a rarity. Over the past two decades, the winners list is dominated by the likes of Manchester City, Manchester United, Arsenal and Liverpool. It was only their second piece of silverware in sixty years at the club.

It was also a special run for former Ireland international and club captain, Stephen Carr. Carr, who was 32 at the time, had announced his retirement from football 2 years prior.

After not finding a suitable club after a spell with Newcastle, he signed a one month contract with Birmingham in early 2009 with a view to coming out of retirement.

Carr helped Birmingham secure promotion from the Championship in 2009, and subsequently signed a two year deal to stay at the club. Their first season was a successful one in the top flight, finishing ninth and going 12 games unbeaten in the Premier League.

A year later, however, things started to decline. Birmingham were in a relegation battle, and manager Alex McLeish was under pressure. The Blues were going into a League Cup final with Arsenal as perennial underdogs.

The journey to the final was test for Birmingham. A heated quarter-final against rivals Aston Villa involved conflict before the game even started. City officials failed to prevent the midweek game from being played under floodlights due to crowd trouble at night time, but failed.

Birmingham were 2-0 winners that night, with goals coming from Sebastian Larsson and the towering Nikola Zigic. Fans invaded the pitch in the aftermath of the win, and the club were subsequently fined despite having four times the normal police presence at St Andrew's.

The Blues then had the task of overcoming a first leg deficit to West Ham. Prolific goal scorer Carlton Cole made the task even harder, opening the scoring in the second leg. They were down 3-1 on aggregate, with 45 minutes left to play.

McLeish brought on Zigic for striker Matt Derbyshire and the game turned a corner. Birmingham brought the game to extra time thanks to goals from 34-year-old Lee Bowyer and Roger Johnson.

In the first half of extra-time, Stephen Carr found himself free on the right wing. He bombed it down to the opposition box, playing the ball to Craig Gardner who's long range effort found itself in the back of Rob Green's net. Birmingham were through to the final.

Centre-back Liam Ridgewell noted that Birmingham fans had been calling in to local radio, saying they'd rather win the Carling Cup than stay in the Premier League. The fans were passionate, you'll give them that.

Their opponents, Arsenal, were hot favourites, after beating Birmingham comfortably in the Premier League in January. The Gunners were fresh off beating Barcelona in a Champions League last 16 tie.

Birmingham were without two ex-Arsenal players in Alexander Hleb and David Bentley, due to an injury and a cup-tie. McLeish opted to go for a starting eleven with one man up front, Nikola Zigic.

Carr noted in an interview with The Guardian that Arsenal had showed a lack of respect in the build-up. A lot of the pre match conversation was dominated by who'd lift the cup for The Gunners. Captain Cesc Fabregas would be absent from the final.

Would there have been a bit more confidence and arrogance from them? Definitely. They could say there wasn’t, but there was a confidence from their fans that they only had to turn up. When you have that, it doesn’t matter who you’re playing against, it’s a big mistake.

Birmingham had an unruly penalty denied in the opening stages, as Lee Bowyer was brought down in the Arsenal penalty area. It wasn't long until The Blues found the net, when Zigic got a touch on a Roger Johnson header to go 1-0 up.

Arsenal made ground back through a Robin van Persie volley, however the Dutch man had to go off due to an injury sustained in the follow through. The game also featured another Irish international, Keith Fahey, who came close to scoring with an effort hitting the post.

In the most unlikely of events, disappointing loanee Obafemi Martins was brought on to turn things around. Martins had made two Premier League appearances for Birmingham after arriving on loan in January, and came on in the 83rd minute.

A mix-up between Laurent Koscielny and Wojciech Szczesny led Martins through on goal, with one minute left of play, and he scored the winner. Stephen Carr won a free-kick in the dying minutes to slow down play, and Birmingham were crowned League Cup Champions.

Carr had won the League Cup with Tottenham in 1999 but this felt different to him.

When you’re younger you take things for granted. You enjoy the moment, but don’t think about it as much. When you get older, to have another opportunity of winning it was a completely different experience for me. To get a club, come back and win a cup was like a fairytale.

Birmingham won just two of their last twelve Premier Leagues and didn't manage to avoid the drop. The long cup run and a slew injuries had a hand in their poor form to finish the season.

Later on, owner Carson Yeung was arrested on money laundering charges and the club went into a deep dive of administration woes and further relegation scares. Looking back, Carr said he's glad they gave the fans something to remember.

The fans don’t deserve that but they’ll have that memory for the rest of their lives. For us, as players, we’ll always remember. I’m very privileged to have had that opportunity. 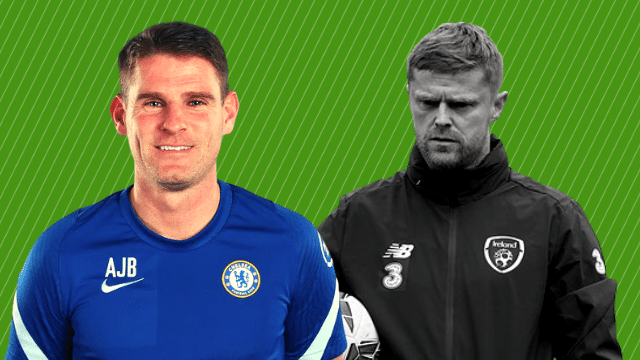