The reaction was overjoyed when we brought you the pictures of Adidas' new 'Gloro' line of football boots, which had us swooning over the return of the iconic Adidas tongue strap that was inexcusably removed from their latest lines. While the Gloro range are lovely and a welcome return to form, they don't compare to these bad boys...

The utterly iconic 2002 Adidas Predator Mania, drink it in. 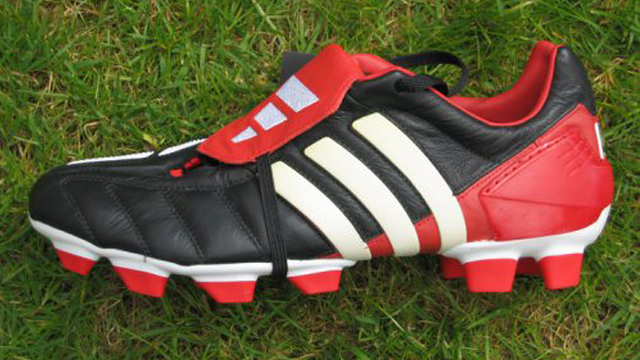 When Adidas released this boot 13 years ago we're sure they didn't expect the reaction they got. Kids demanded their parents buy them, crap players thought they played better by wearing them, and almost every pro who wasn't contracted to Nike wore them.

Here are our reasons why the 2002 Adidas Predator Mania was the best football boot ever made. 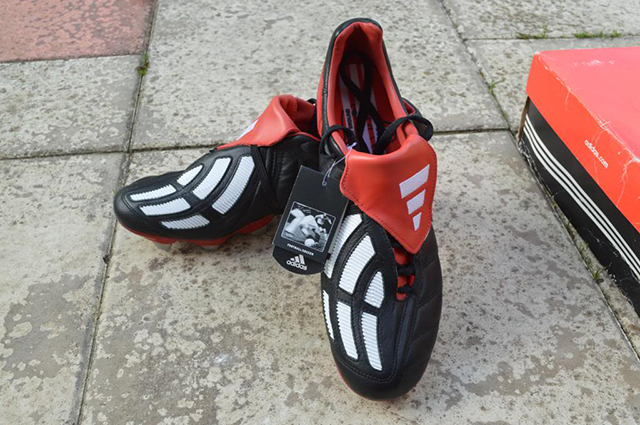 Perfection. The red heel and tongue, the white precision strike zone, the way the three Adidas stripes continued under the boot. This thing was a work of art. 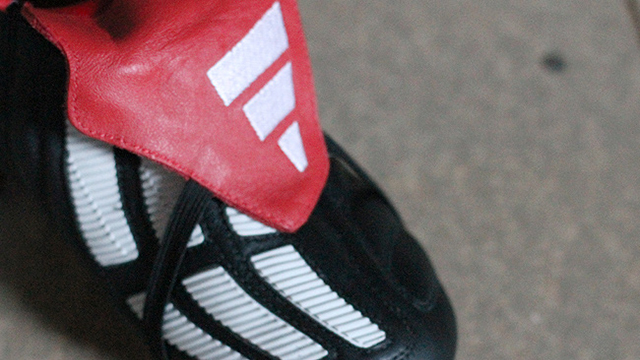 This was probably the most needed addition from previous Predators, as the laces would always get in the way. Now, neatly tucked under the tongue and secured in place, you were free to strike the ball with optimal contact. You also no longer had any excuse for slicing your shot out for a throw in. Unfortunately, a lot of them snapped after a while, and many can vividly remember the feeling of absolute hatered for the person who's challenge caused your tongue strap to break. 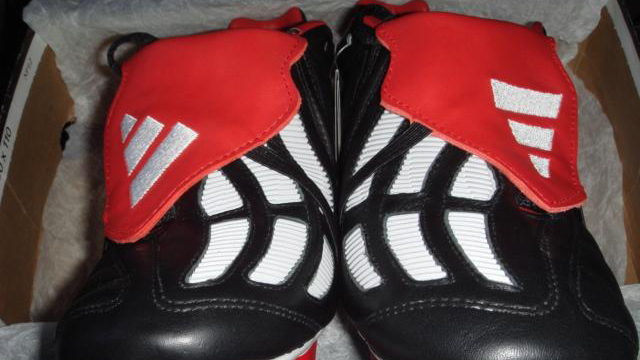 The famous Adidas precision strike zone is the defining feature of the Adidas Predator, and has been since day one back when they looked like something your Dad had made with rubber and a hot glue gun in the shed. For the 2002 model, the "curly bits", as they were affectionately known for aiding in the addition of curl to the ball, now finally added an aesthetic pleasure to the boot. They also made you twice the player, at least. 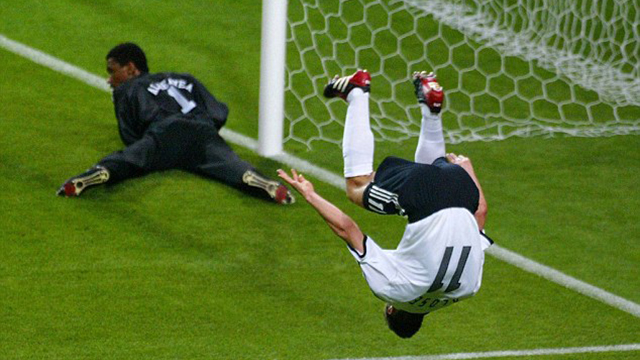 2002 World Cup Japan & Korea was an absolutely brilliant tournament, and two Adidas products became synonymous with it. The Fevernova match ball (the gold one with the honeycombs), and the Predator Mania. It seemed like every match featured at least 10 players rocking the Manias, with players like Zidane, Beckham, Raul, and Ballack all using the boot. This helped boost the sales no end. 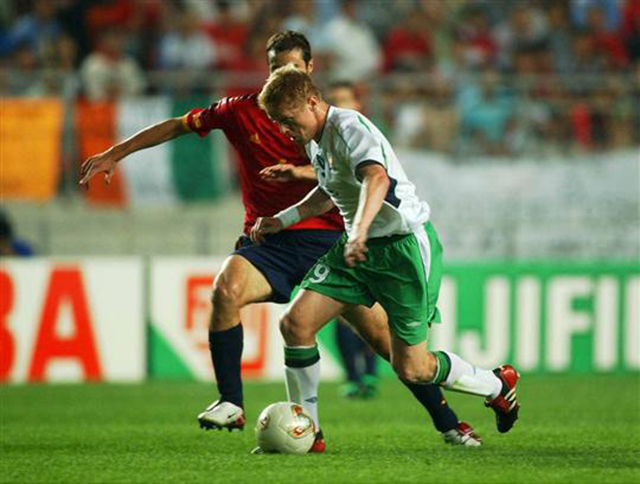 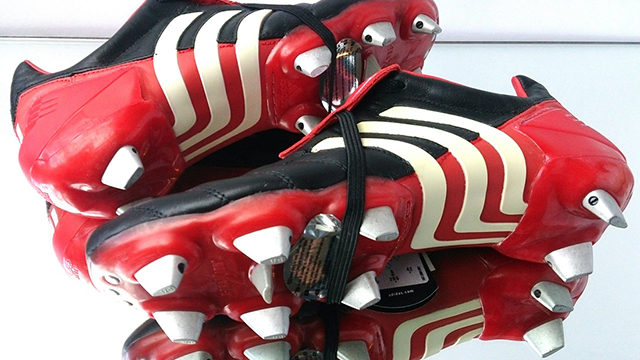 "Blades" as they were known, were a mysterious new entity in 2002, and initially they were met with caution, as some folk believed they would tear people's legs apart like a samurai sword if a tackle was mis-timed. Typically your old school U13's boss was the first to outlaw the use of these evil studs, until it became obvious that they did no more harm than regular studs. The only downside was that they were an absolute bastard to find if you needed to replace one. This wasn't a problem for the moulded version, which some believe to be the better looking of the two options. 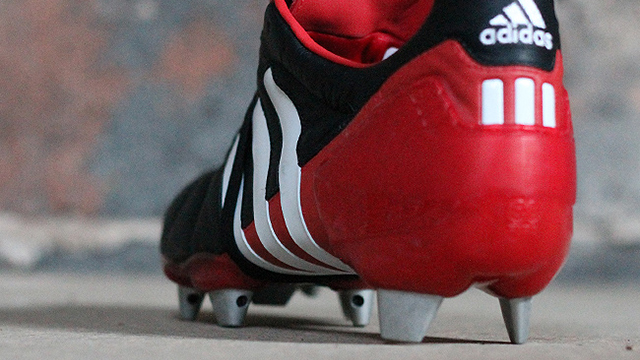 The plastic heel plate was another innovation that added support to the heel and ankle, and was absolutely vital to protect you from the swipes incoming at all angles in the youth soccer leagues all over Ireland.

8 - The Other Colours Available 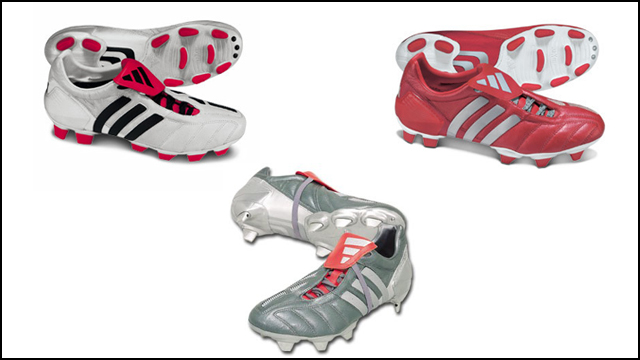 After the World Cup Adidas decided to get a bit more creative with the Predator Mania, and released a number of highly successful colourways. The "Lunar" white boots were particularly gorgeous, the "Gunmetal" boots became the midfield-orchestrator's weapon of choice, the red ones satisfied the needs of attention seekers everywhere, and the mythical blue boots were incredibly rare. 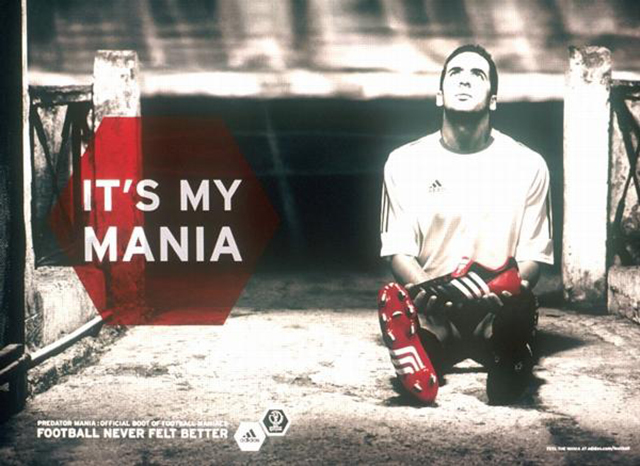 "It's My Mania". The advertising campaign for the Manias was legendary. The World's biggest footballers loved the boots so much that they couldn't even look at them, instead opting to look to the heavens as if to say "Thank you".

10 - They Are Still Selling For A Fortune Online 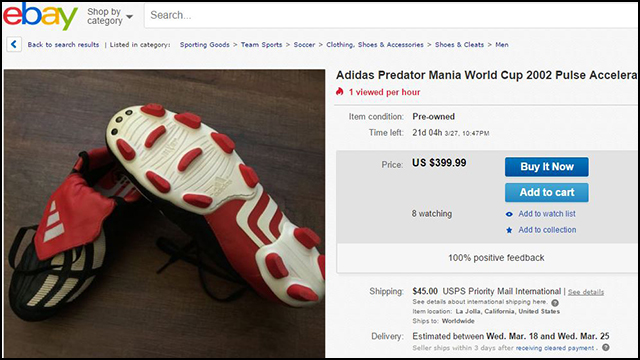 No other boot is more sought-after in the online marketplace World. If you want an original pair from 2002, you're going to have to pay through the neck. eBay is the main source of Mania's, but you typically won't see one sold for less than €220. 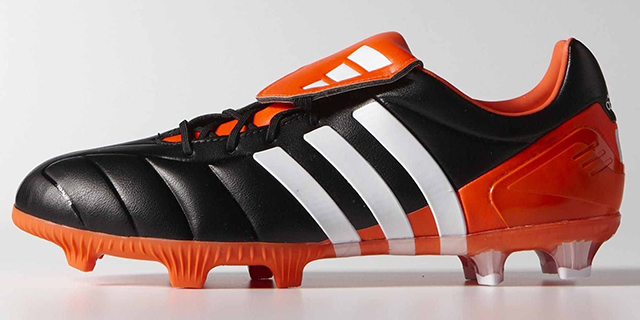 The internet rejoiced when news broke that Adidas were re-releasing modern Adidas Predators in the 2002 Mania style. But then we found out that they would be limited edition and retail for a price of €300. Gutted. Still, the fact that Adidas felt the needed to remake them speaks volumes.