The 13 Most Iconic Signings Of The Liverpool Banter Era

Remember when Liverpool used to be an absolute shitshow?

It's easy for them to look back and laugh now, but being a Liverpool supporter was a cursed existence there for a fair few years. The period from 2009-2015 was what could be affectionately referred to as the club's 'banter era'. With the exception of the 2013/14 season, this period was absolutely shocking.

The managers were poor, results were bad, the signings were worse.

When you consider the job Jurgen Klopp has done in the transfer market, it's mad to look back and see what a shambles used to be in that area.

We did just that, and compiled a list of 13 signings that just summed up all of Liverpool's problems (all transfer prices courtesy of Transfermarkt.co.uk). 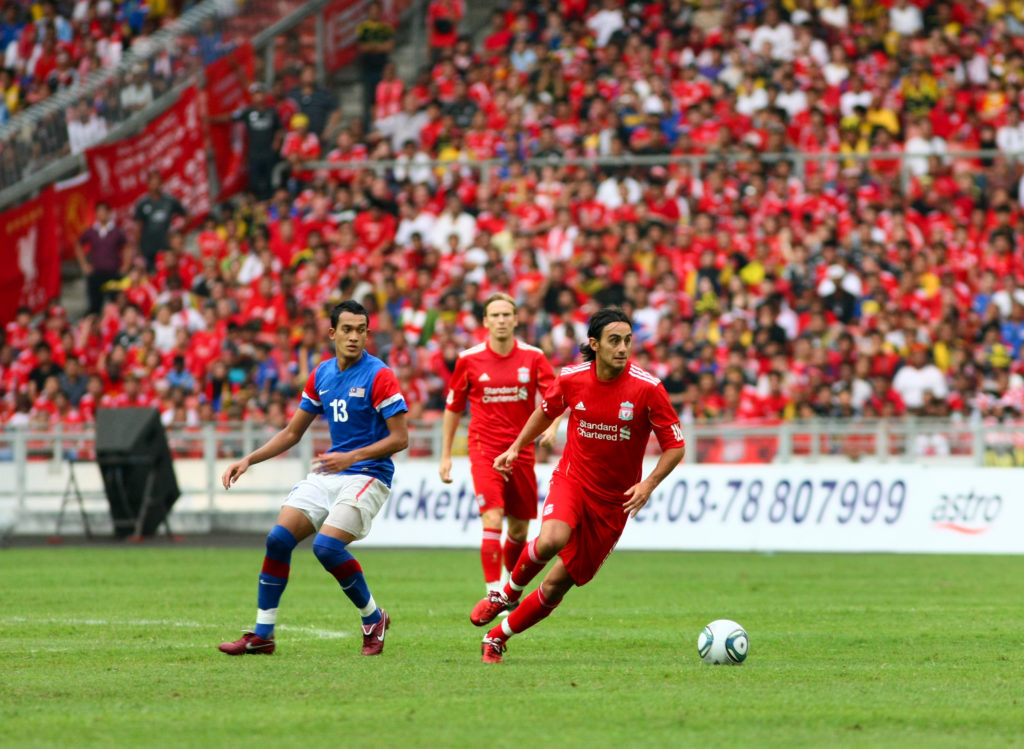 The start of the banter era, Liverpool signed Italy international Aquilani to replace the Madrid-bound Xabi Alonso. Coming in with massive expectations, he was an absolute flop.

He was constantly injured, and was shite when he did play. He made 18 appearances in total, spending two of his three years at the club out on loan. He officially retired in 2019, around 10 years too late according to Liverpool fans.

Kyrgiakos actually performed ok at times in his fairly limited appearances for Liverpool, but he was a mad bastard.

Dominant in the air, he turned like the Titanic and was liable to do a lad at any second.

Steven Gerrard claimed Joe Cole was as good as Messi when he signed for Liverpool, and that should have set the alarm bells ringing straight away.

Cole was sent off on his debut against Arsenal, which was probably his most notable contribution in a red shirt. On a £90,000 per-week contract, it took Liverpool three years to get rid of him, and not for a want of trying either.

Another Roy Hodgson signing, Christian Poulsen is possibly the worst midfielder to ever play for Liverpool. How he ended up at Juventus we will never know, but it became quickly apparent after he signed that was about as useful as a chocolate teapot.

He made 12 appearances in total and was outed from the team after Hodgson's sacking. Ended up leaving for Evian (possibly the water company?) at the end of the season.

Another Hodgson signing, Konchesky's arrival at Liverpool was a real indication of where the club were at at that time. He was a below average Premier League defender for a decade before getting to Anfield and the results were predictable.

A bag of shite. 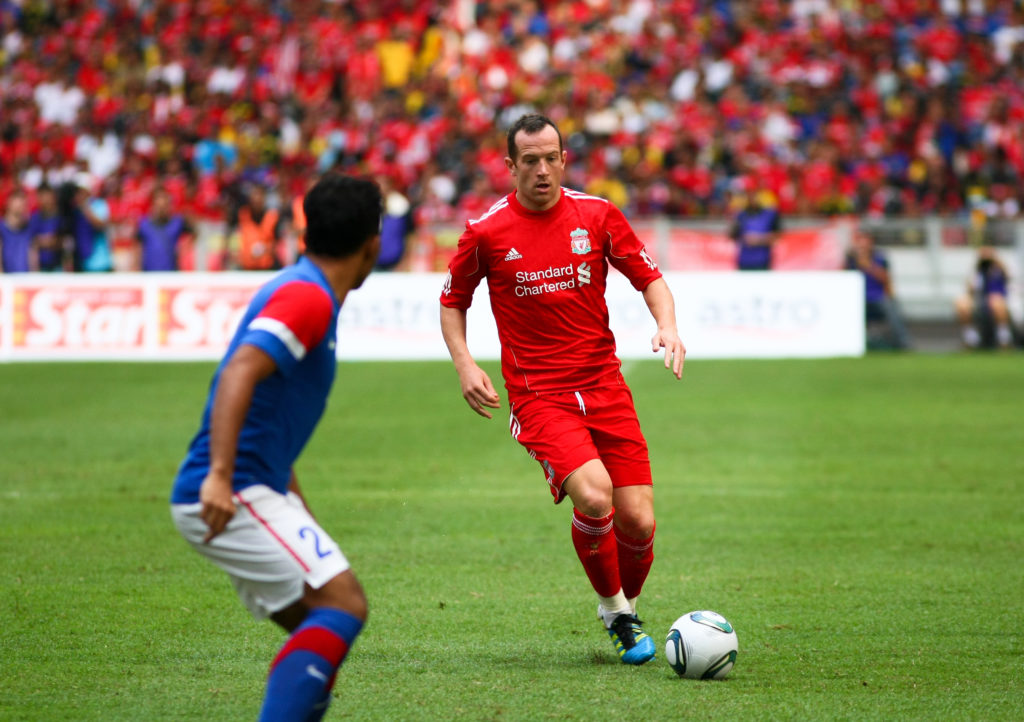 Signing Charlie Adam actually seemed like a good idea at the time, but that optimism didn't last long. His set-pieces, the only real asset to his game, seemingly abandoned him at Liverpool.

He was far from fit as well.

Actually a talented footballer when he was on his game, Downing just never got going at Anfield. Kenny Dalglish forked out a huge fee for him, despite only having a year left on his contract at Villa.

We have more sympathy for him than most on this list, but his transfer summed up the problems at Liverpool.

Oussama Assaidi - When you’re not satisfied with having Stewart Dowing on the books and decide you need another useless winger pic.twitter.com/kFy02oKc4I

Liverpool fans were very excited about the arrival of the tricky Moroccan winger, mostly because they had never actually seen him play.

He couldn't beat a man and wouldn't cross his legs, making a massive four appearances for the club before ending up at Stoke City.

Cissokho had a decent reputation before he got to Liverpool, but that didn't last long. Clumsy would be a generous way to describe his ability on the ball and general demeanour, and he would be dropped for John Flanagan before too long.

Surprisingly, his loan deal was not made permanent.

Who could have predicted that Balotelli wouldn't work out at Liverpool? It's not like there were around 500 previous warnings that he was a bit of a wildcard.

He spent a full summer flat out denying any interest in the Italian, only to sign him as a last resort at the end of August in 2014. He didn't score his first Premier League goal until February and would net four in all competitions. Not great. He was then shipped back to Milan at the end of the season. 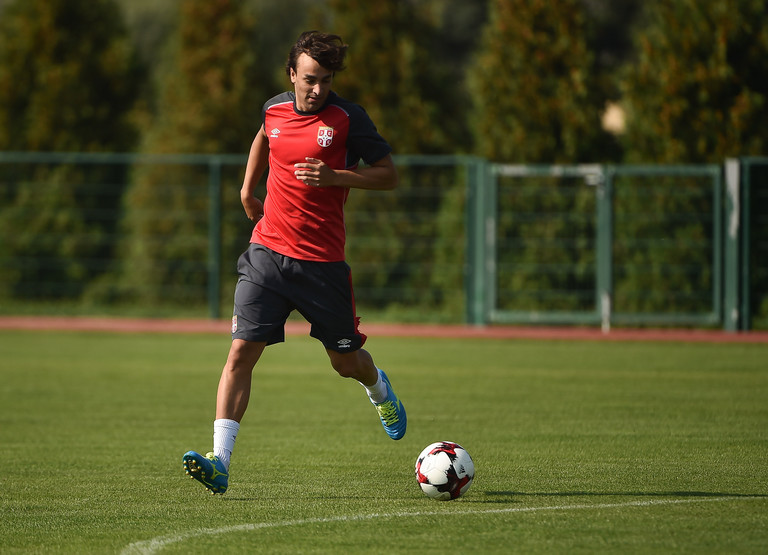 Informed analysts said Markovic was not far enough along in his development for a big money move, but Liverpool signed him anyway. The fact that Chelsea turned down their option to sign him for £10million that same summer probably should have been some sort of red light.

He was on the books at Liverpool until January of 2019, despite playing his last game at the end of the 2014/15 season.

It's hard to dislike Rickie Lambert, but he was never going to be good enough for Liverpool. He completed a lifelong dream by returning to his boyhood club, but he was 32-years old when he signed and spent most of his career in the lower leagues.

Unsurprisingly, things never clicked. He left at the end of that season, and retired two years later. Probably should have stayed at Southampton. 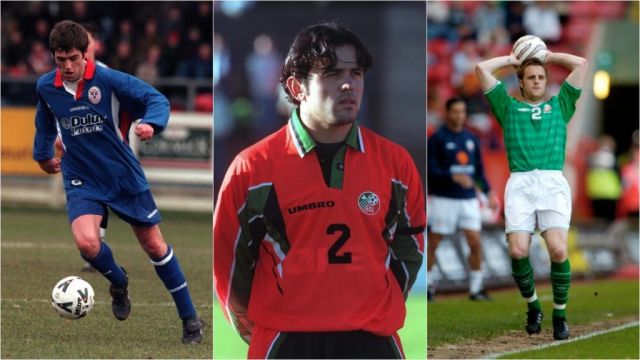