The 10 Best Reactions In Football And When To Use Them

We weren't the only ones impressed with Erik Lamela's fantastic strike in the Europa League last night, if Ben Davies' reaction to it is anything to go by. 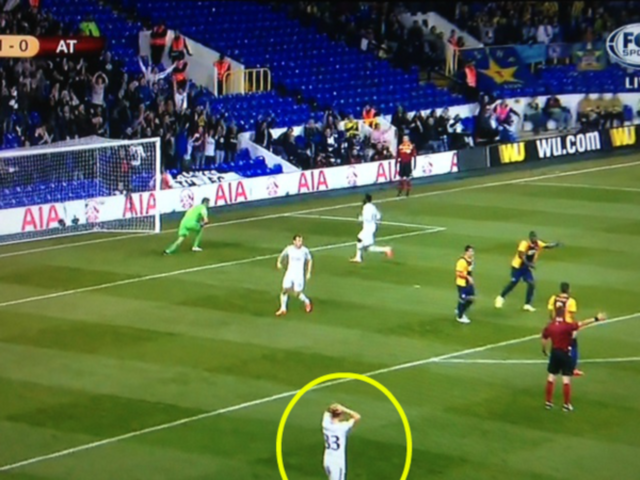 Davies' response isn't the first time football has provided some funny ones, and we've compiled the best reactions for every situation

If things go against you, you have three options. The first is to sign up to overactors anonymous, and wave about like Andre Villas Boas:

The second is to wave it off with cool ease like Arsene Wenger:

Or, you could give the referee your best puppy dog eyes, which didn't work well for Phillipe Senderos:

Sometimes things happen on a football pitch, and there's no explaining them:

Goals are come and go, but sometimes special ones take you by surprise, and Ben Davies just can't believe what he's seen:

Of course, other cooler customers recover from the shock of a goal to celebrate like a maniac:

But others prefer celebrating with some playground games:

But no one celebrates as overzealously as Brian Kidd:

In times like these, it's best to just laugh and move on:

Football
2 weeks ago
By Paul Moore
WATCH: Netflix's Documentary On Nicolas Anelka Puts The Controversy Front And Centre
Previous Next