Today we were saddened by the news that former Republic of Ireland midfielder Steven Reid announced his retirement from football.

After making his breakthrough into the Ireland first-team setup under Mick McCarthy, a string of impressive performances in the friendlies that preceded the 2002 World Cup saw his inclusion in the Irish squad for the tournament. However, terrible luck with injures meant that Steven Reid only made 23 caps for Ireland.

Some say that Cameroon goalkeeper Alioum Boukar's hands to this day carry the imprint of the Adidas Fevernova ball that Steven Reid struck so perfectly in the dying moments of the first group game at the 2002 World Cup... 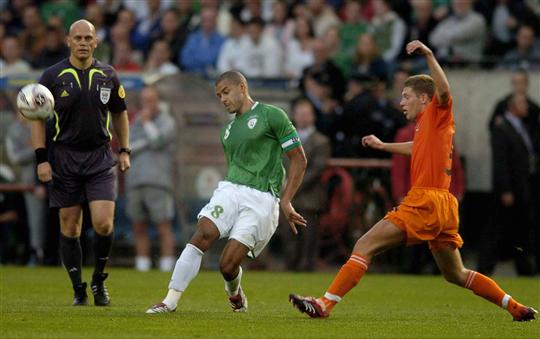 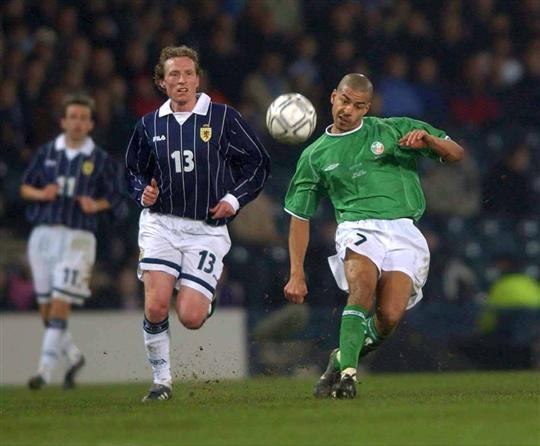 When he struck them, they stayed struck! 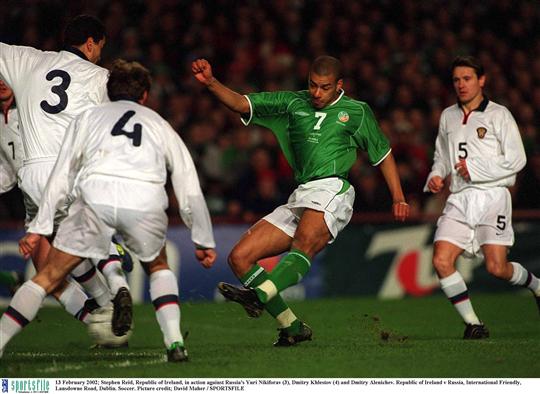 That Nigeria game cemented his place in Japan/Korea. 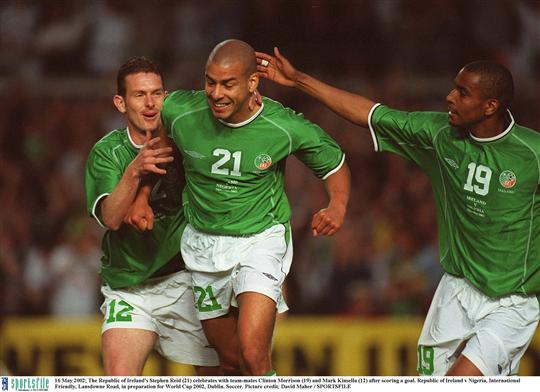 He loved an aerial battle. 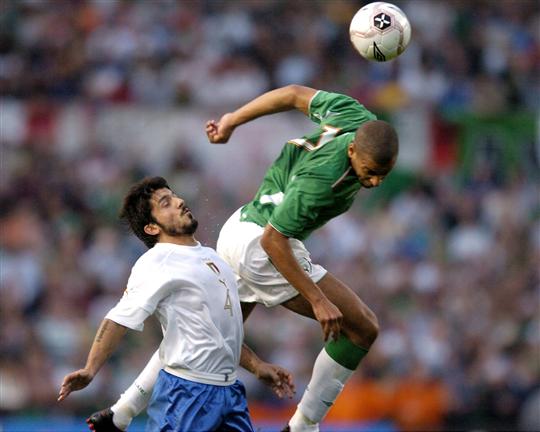 As he was prone to occasional moments of levitation. 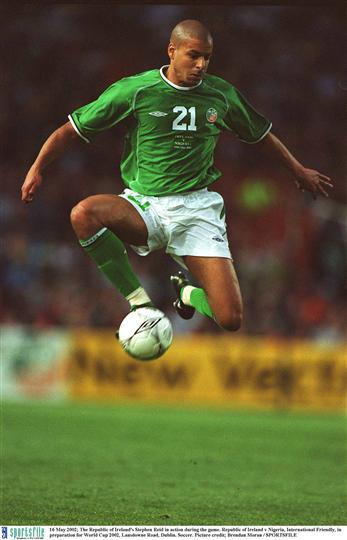 Sometimes he didn't even have to try. 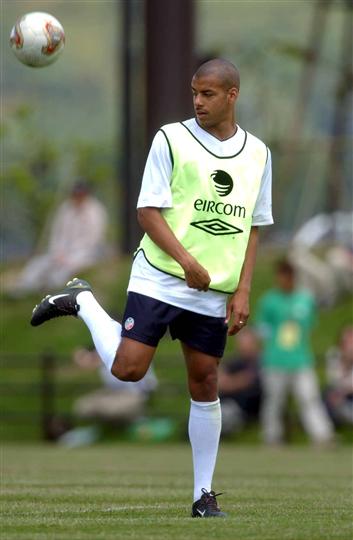 Although his GAA skills weren't so impressive. 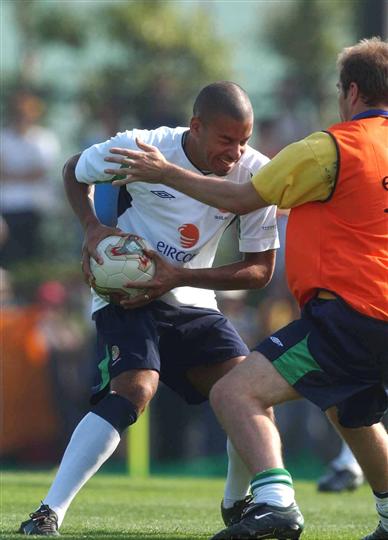 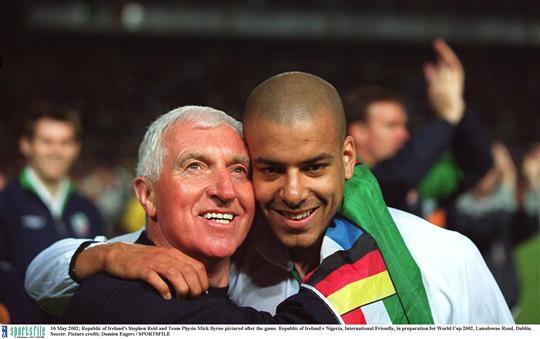 His determined look struck fear into the opposition. 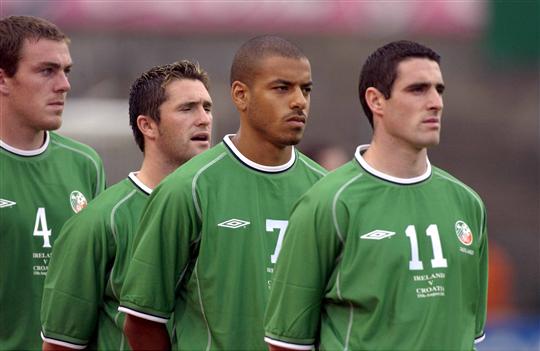 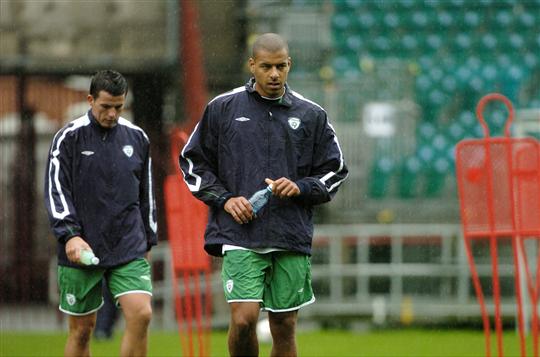 If it weren't for injuries, who knows how many caps he would have. 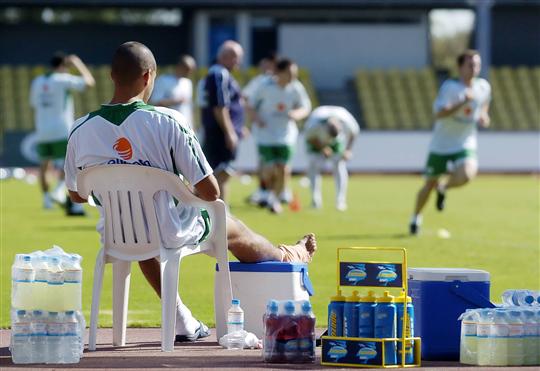 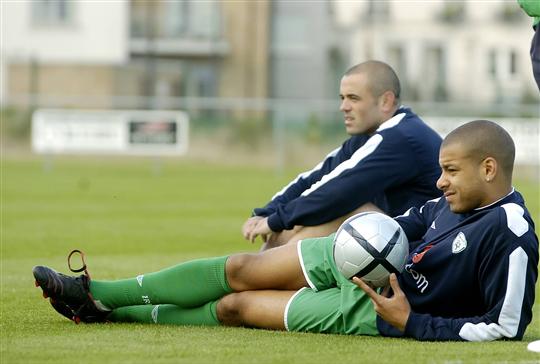 What a photo this is by the way... 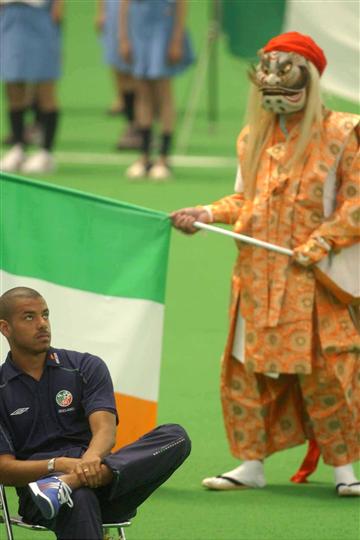 He loved representing the boys in green. 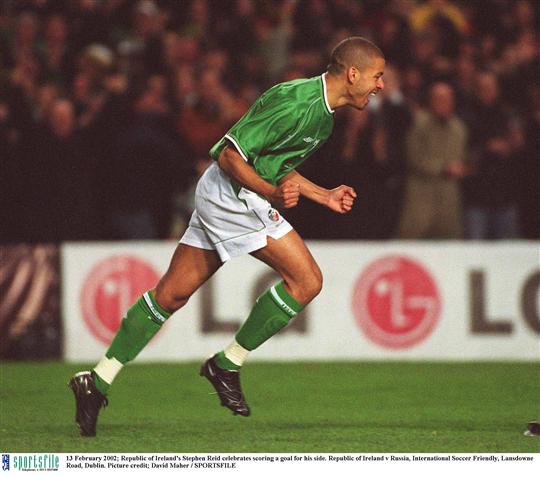 Fair play to you Steven. Enjoy your retirement.

SEE ALSO: 20 Brilliant Photos Of Clinton Morrison Being A Legend

SEE ALSO: A Photo Tribute To The Legend That Is Kevin 'Zinedine' Kilbane

Football
3 months ago
By Conor Breslin
Covid Restrictions Force Jim Crawford To Name Two Ireland U21 Squads
Football
10 months ago
By Emmet Bradshaw
Former Man City Director Recalls 'Light Switch' Moment That Turned Richard Dunne's Career Around
Football
11 months ago
By Emmet Bradshaw
Conor Hourihane Scores Another Banger For Swansea
Popular on Balls
Rugby
2 days ago
By Colman Stanley
Keith Earls Shares Story That Captures Andy Farrell's Decency
Football
2 days ago
By Eoin Harrington
Quiz: Name Every Player To Score In A Champions League Final
Football
1 day ago
By PJ Browne
'If He Continues With Performances And Goals Like That, Stephen Kenny Will See It'
Football
14 hours ago
By Gary Connaughton
Portsmouth Likely To Retain Gavin Bazunu This Month Despite Championship Interest