Just When We Thought Denis Irwin Couldn't Get Any More Amazing, We Discover A Fact Like This

Denis Irwin is man that all Irish men should aspire to be.

A man who Sir Alex Ferguson once said was the only player who was guaranteed a starting place in his all-time Manchester United XI, his dependability and reliability were second to none. 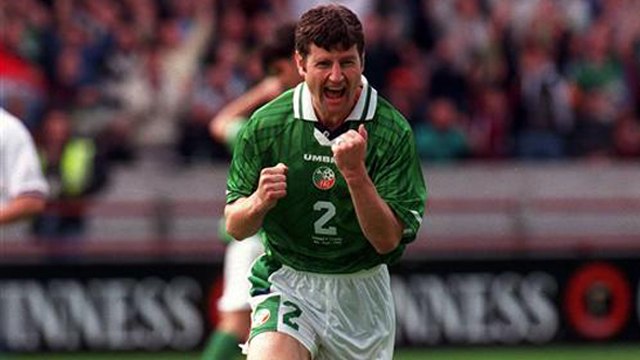 We were delighted to see that Manchester United fans over on reddit were assisting other supporters who may not have been fortunate enough to know of the sheer brilliance of Denis Irwin, by posting a tribute video and heaping love on the Cork man, but there was one comment in particular that we noticed that casually listed "national chess champion" among his achievements.

Time to do some digging.

The first thing we came across was this article from Irish chess history and records site IRLchess.com, which recalled some information given in an RTE interview as Irwin prepared to leave Manchester United.

At one point the topic came up of other games he had played, and he mentioned that he had played chess growing up, for Togher, and in 1978 the team won the Cork and Munster Community Games championships, and made it to Mosney for the national finals.

He even went to Mosney. Brilliant.

As if that wasn't solid enough evidence, you know, considering Denis Irwin himself said it to RTE, we also found a transcript of the speech that TV3's Trevor Welch gave while giving the introductory address as Denis received his Doctor of Arts degree from the National University of Ireland.

Born in Togher in Cork city, just a kick of a ball away from my own family home, his career is the stuff of legend. Growing up in Cork, he was educated at Togher Boys National School where he excelled at Chess in addition to other sports, and at Coláiste Chríost Rí Secondary School.

But if that's not enough, Irwin even mentioned in an interview with The Times in 1998 that he still has a love of chess when discussing the pressures of playing for Manchester United:

Manchester United have gone on to a different level, with this incredible commercial success. We are massive everywhere, and the demands on a player are incredible.

It is a pressure a player cannot deal with constantly - you need a release. I just go home and shut the door, play a bit of computer chess.

How many professional footballers can boast a high level chess game as well? We're guessing not too many.