Niall Quinn is the subject of a two part documentary on Virgin Media which starts tonight. Bootroom To Boardroom will channel Quinn's incredible career and should make for fascinating viewing. Unfortunately, we don't think the show will cover the apex of his career - his appearance of a 1993 episode of Question of Sport.

While trawling the internet recently, we fell down a sports trivia rabbit hole, wasting at least three hours, watching the fantastic array of old "A Question of Sport"  episodes that are available to watch on YouTube.

There's a fantastic episode from 1993 in particular, which is worth a watch. Come back with us now to a simpler time, when men were men, jumpers were huge, and shirts were denim.

In 1993, there was no need for fancily written comedy intros

David Coleman gets straight into things. He knew how to start a show. 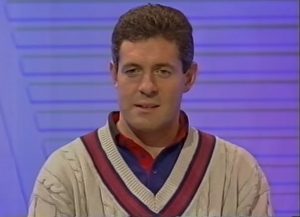 The Scotland rugby captain turned up in some kind of oversized cricket jumper. 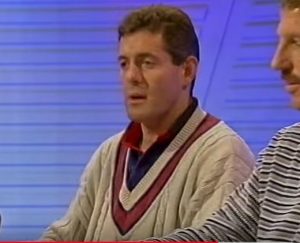 But it's not even white. It's either a weird brown oversized cricket jumper or it's about 25 years old.

That mullet, that shirt. Denim on denim. Big Niall had it all. 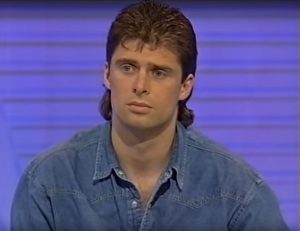 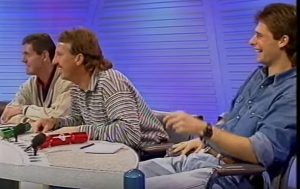 Was there no studio audience?

Accustomed as we are but gregarious laughter after the terrible dad jokes of Question of Sport panelists, it was jarring to me met with silence in the studio as David Coleman went onto the next question. 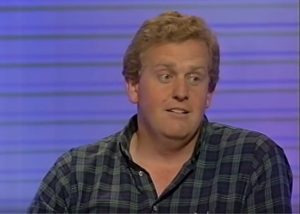 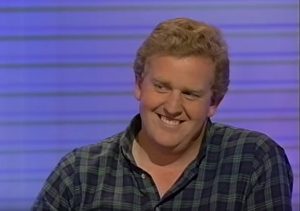 1993 Niall Quinn was the shy and retiring type

We assumed it had been invented by gagsman extraordinaire Ally McCoist

John Barnes does a strip

Niall Quinn was devastated he couldn't get an obvious answer right

Seriously showing pain during the round trying to figure this out.

Nice to see them take it seriously. Throwing in "Vintage Crop" in the middle of it was fantastic too.

"What Happened Next" was a great round

I couldn't understand a word they were saying. Monty talking about the "angle of attack" to groans was brilliant, but then had it right and we were devastated.

Crap cross-sport jokes were even worse back then
See Bill Beaumont's cheeky Scotland dig above. Terrible. And there was plenty more where that came from!

Wait, there is a studio audience! 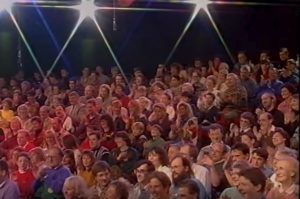 Where did they come from? Were they just not clapping any of the answers earlier on? They didn't even cheer poor John Barnes! They definitely weren't laughing at any of the crap jokes. Audiences have become far more polite in the 21st Century.

That's it from our random trip down memory lane. A reminder that Niall Quinn was always a national treasure, that David Coleman was the perfect TV sports presenter, and that Monty was always Monty.

If you have any other Question of Sport memories, please let us know in the comments. 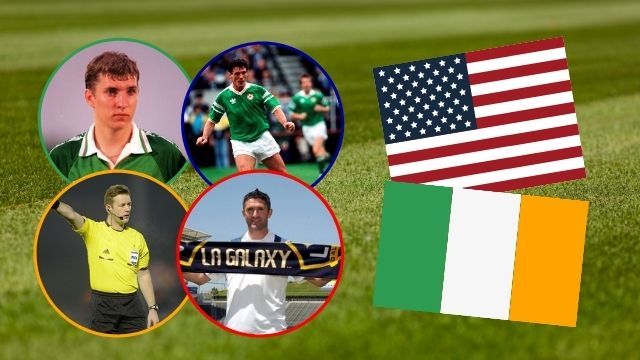 Football
1 week ago
By Jonathan Byrne
Niall Quinn Discusses His GAA Youth, Italia 90' And Jack Charlton In New Doc
Football
3 months ago
By PJ Browne
'If This Video Was Wrong, It Means They Can't Sing The National Anthem'
Football
4 months ago
By Balls Team
Niall Quinn Calls For Tax Breaks To Improve Standard Of Irish Clubs
Previous Next