Those of us with short memories could be fogiven for thinking that Champions League lunacy is a recent phenomomen.

It's true that over the last few years football's most prestigious club competition has provided us with crazy comebacks and unforgettable moments but do not be mistaken; the Champions League's ability to take on a mind of its own goes much further back than the likes of Barcelona's late frenzy of goals against PSG in 2017.

Let us take you back to the 23rd/24th of March 2004 for the first legs of that season's Champions League quarter-finals.

Plucky underdogs Porto had just beaten Manchester United in the last 16 and were now taking on Lyon. AS Monaco and Deportivo La Coruna had done well to make the last eight but were surely about to come unstuck against Real Madrid and AC Milan respectively. And finally, there was the small matter of recently cash rich Chelsea against the soon-to-be domestically invincible Arsenal.

Where do we begin?

Let's get the one damp squib out of the way. Led by a young Jose Mourinho, Porto made light work of Lyon, beating them 2-0 at home on March 23rd and drawing the second leg 2-2 a couple of weeks later. Their drama had already played out a few weeks earlier when Mourinho sprinted up the Old Trafford touchline as the Portuguese giants shocked Alex Ferugson and Manchester United.

Meanwhile in London, Arsenal and Chelsea's quarter-final was decided by none other than Wayne Bridge, when he popped up to give Chelsea a 2-1 win in Highbury after a 1-1 draw at Stamford Bridge.

Now we get to the madness.

First up, AC Milan v Deportivo La Coruna in the San Siro. Walter Pandiani - a player you definitely haven't thought about enough recently - put the visitors in front but Milan struck back with an incredible four goals in the space of 13 minutes either side of half-time.

Those came courtesy of a brace from Kaka and two exquisite goals from Shevchenko and Pirlo.

With a three goal advantage going into the second leg, Milan looked home and hosed but this is the Champions League, dear friends!

Five minutes into the second match, Walter Pandiani struck again. Incredibly, by half time Deportivo were ahead overall in the tie, with Juan Carlos Valeron and Albert Luque putting them up on away goals.

The final nail in Milan's coffin came in the 76th minute when Fran Gonzalez gave Deportivo a 4-0 lead on the night, sending them through 5-4 on aggregate.

On March 24th, Real Madrid hosted Monaco in their quarter-final and despite going 1-0 down in the first half, goals from Helguera, Zidane, Figo and Ronaldo (what a list of players!) sent them into a commanding 4-1 lead.

A late goal from - of all people - Real Madrid loanee, Fernando Morientes, gave Monaco some hope but after Raul scored early for Real Madrid in the second leg surely there was no way Didier Deschamps' side could overturn a three goal deficit?

Oh yes they could! The match in Monaco was frankly bonkers. There were four goals, another one disallowed, about 45 shots off the woodwork and Raul missed a sitter at the end that would have put Madrid through.

When all was said and done, two goals from Ludovic Giuly and another from Morientes were enough to send Monaco into an unlikely semi-final. Giuly's tie winning goal was sublime, by the way.

Monaco would of course go on to beat Chelsea in said semi-final before being beaten by Porto in the final. Porto's manager Jose Mourinho quietly celebrated their win and has since faded away from the media spotlight... 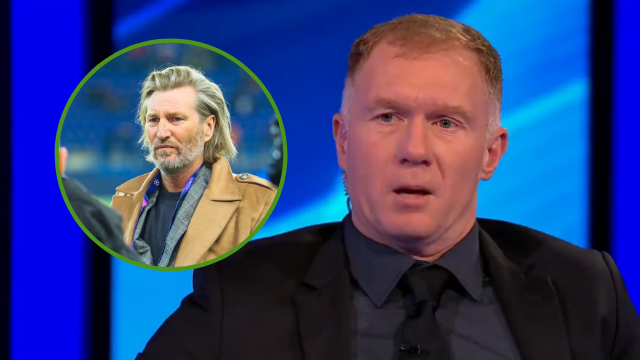 Football
3 months ago
By PJ Browne
Ireland U17 Captain Cathal Heffernan Joins AC Milan From Cork City
Football
3 months ago
By Gary Connaughton
The Bizarre 1997 'Euro Sixes' Tournament Needs to Be Recreated Today
Football
4 months ago
By Sean Meehan
Remembering The Wonderful Scrap Between Rino Gattuso And Joe Jordan
Popular on Balls
GAA
3 days ago
By PJ Browne
Mayo's Padraig O'Hora Using Football To Promote His Real Passion
Rugby
1 day ago
By Colman Stanley
'That Pace, That Intensity, That Organisation' All Black Legend Has High Praise For Leinster
GAA
1 day ago
By PJ Browne
Jim McGuinness's Gut Tells Him Dublin Will Win The All-Ireland
The Rewind
2 days ago
By Eoin Harrington
Watch: Brilliant Dermot Morgan Dublin Segment From 'The Travel Show' Resurfaces