The Definitive Ranking Of The 2014 League Of Ireland Jerseys

It kills me to say it as a Hoop, but Pats have claimed the jersey title with this uncomplicated, old-school number. The round-necked collar is very 1960s, and the sponsor's logo doesn't get in the way. Top stuff. 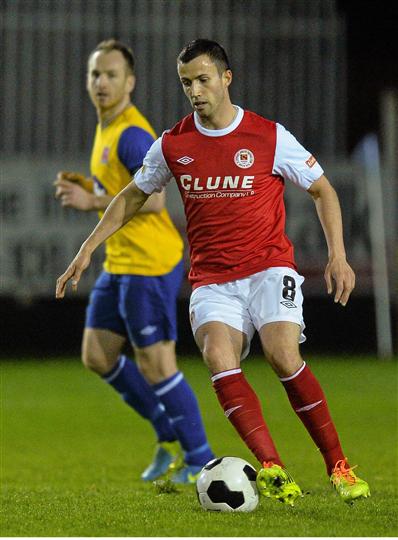 I'm normally against plain all-blue-with-white-trim kits (see Bosnia), but the half-and-half collar, and moving the logo to the back combine to create a very classy, understated set of gear. I love it. 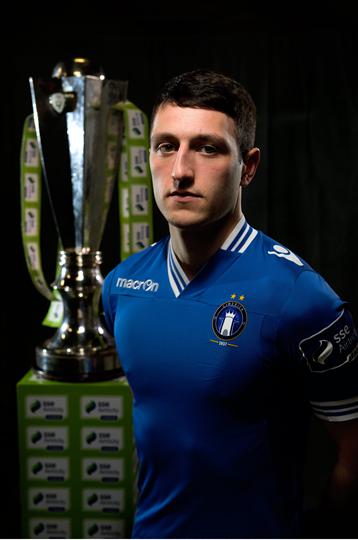 Any Rovers design that doesn't blindly follow that of Celtic is a good thing. It's a slight pity that Warrior have decided to channel Yeovil Town, but it's grown on me significantly in the past few weeks. It loses points for the clashing logo but the return to hooped socks, which worked a treat in recent seasons, is to be welcomed. 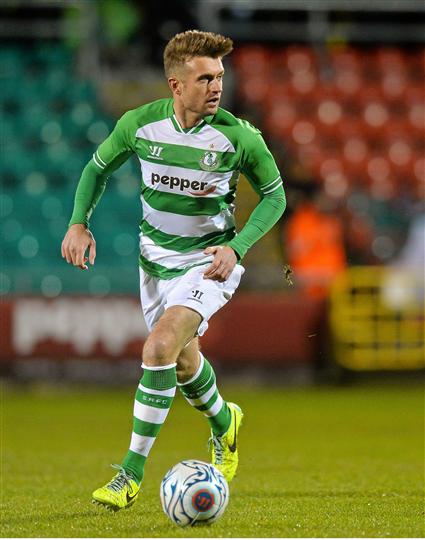 Bohs polled their fanbase for this season's design, who decided upon a single red stripe on a black background. I'm a fan of striped jerseys, as you'll find out below, but this is pretty interesting and unique. The away, inspired by the sponsor, is hideous and looks like a keeper's jersey but it's not up for review. 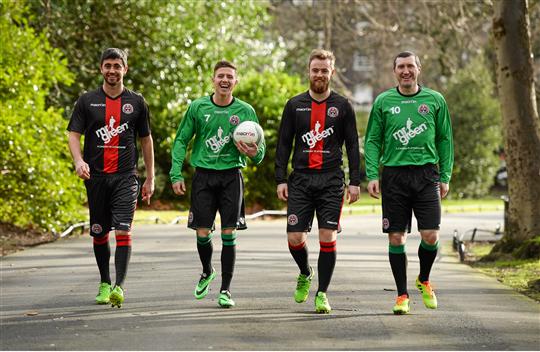 The uninterrupted stripes evoke a touch of retro charm. Sponsor not too overpowering. Decent effort, reminiscent of a lower-league Spanish side, which is no bad thing. Hooped socks would've moved it up a place or two. 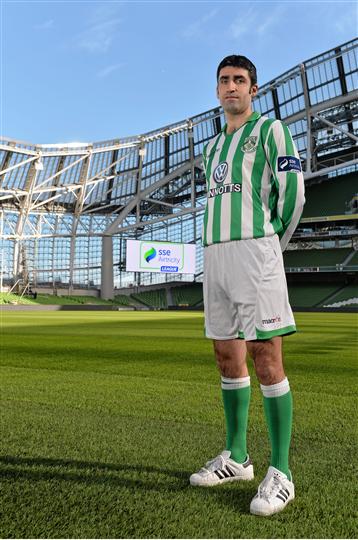 Whoever thought maroon and light blue was a good combination for sporting attire must have been taking the piss. However, the Drogs' move to stripes is to be commended. Striped jerseys are always a good thing, and Nike have made the best of the claret and blue. The sponsor's logo is big, but it depicts the M1 bridge that has become a major Louth landmark, so if anything it adds to the jersey. Best Drogheda shirt in quite some time. 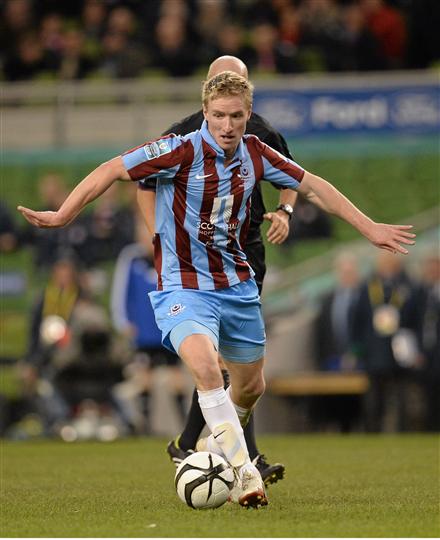 Away from their other natural habitat of Spain, red and white candystripes are a reminder of rattlers, bovril and flat caps, not that I'm old enough to remember much of any of those at the football. Still, their old-school simplicity, when not messed about with as in the 1990s, will score solidly enough here. 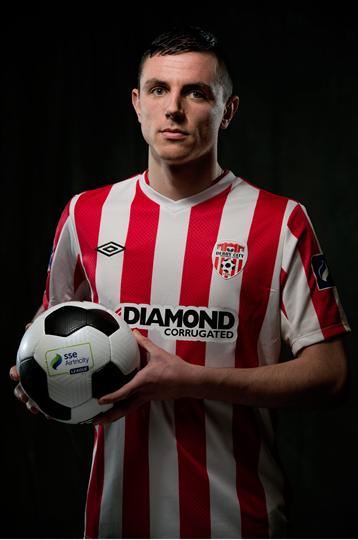 Umbro have gone for a smart, collared standard shirt this year - Dundalk and Cork are their other LOI clients for 2014. Inoffensive and easy on the eye, apart form the slightly too large VW logo. Rovers - Shamrock as well as Sligo - tend to have sponsor-heavy jerseys, which should ruin them but instead gives them an exotic, continental feel. 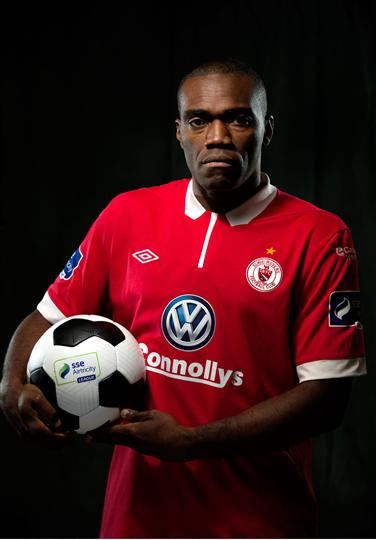 The Lilywhites' classic contrast kit is sullied somewhat by the huge Fyffes logo, but not enough to ruin the overall effect. It of course sits better on the yellow and blue away kit, which is rather nice - reminiscent of Arsenal, or Roscommon GAA. 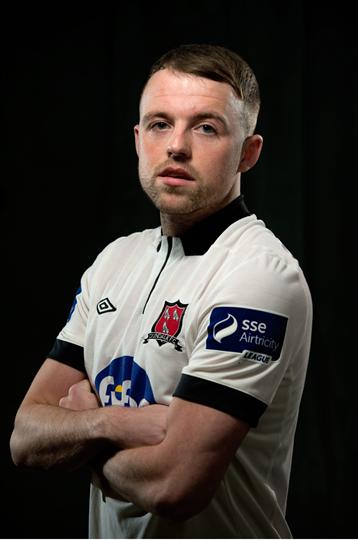 The Midlanders are back in the bigtime for the first time since 1996, this time under the stewardship of Mick Cooke. They'll be wearing a Nike version of their traditional  nerrazzurri stripes, which neither offends, nor delights. Good luck to them.

Having played for the College in two other codes, I'd like to see the Students adopt the traditional St Patrick's blue and saffron, with white shorts, as worn during the clubs 1980s heyday, but the Dublin GAA-style  combination has been the norm for a good while now. It's totally fine, but heavy on the O'Neills branding. 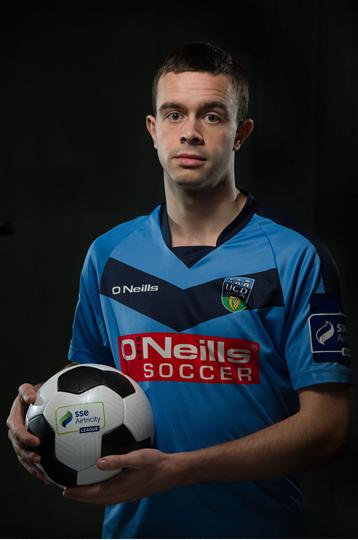 Umbro have produced a genuinely classy effort for the Rebel Army, but as with last year's divisive offering it is completely and utterly shat upon by the ghastly sponsor's logo, à la Kildare GAA - even if it is for a relatively local business. Pity. 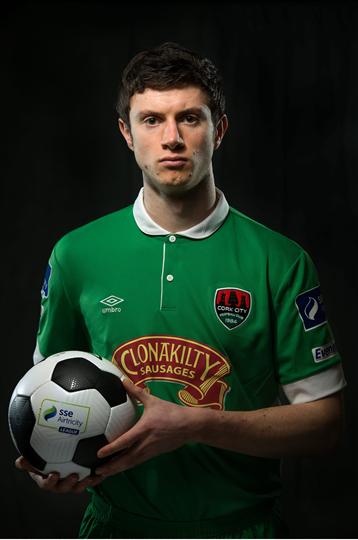 Football
6 years ago
By Mark Farrelly
Quiz: Which Irish Football Cult Hero Are You?
Previous Next