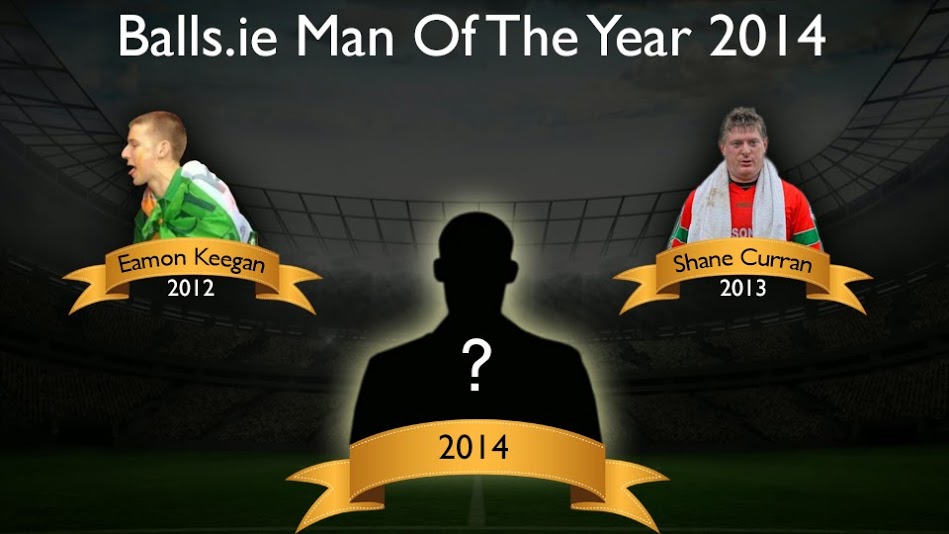 We dreamt of an award which would honour those individuals, often unheralded, who had gone out of their way to make the sporting year as special as possible. Those people who, by dint of sheer originality and individuality, had done their best to make that year stand out among all others.

Those people who created moments that lodged themselves in our brains and made us smile.

The Balls.ie Man of the Year award was born.

The inaugural winner back in 2012 was Sallins' Eamon Keegan, who like so many other fans during Euro 2012, represented us so brilliantly on the international stage. He beat out the formidable claims of Paddy Barnes and Johnny 'the beast of Loughrea' Maher to claim the award.

Last year's winner, after a large public vote, was Shane Curran, whose memorably zany display of courage and individuality in the Connacht club final went a long way towards crowning him the 2013 winner.

We are seeking your nominations for this year's shortlist. We have assembled a panel which will adjudicate the merits of those nominated and draw up the final shortlist. From that shortlist, the winner will be decided by public vote - it will down to you in other words. Previous campaigns have been clean and candidates have not resorted to negative campaigning.

We saw how important local support was during the recent beard bracket when the county of Roscommon threw it's entire weight behind Cathal Cregg - the queues outside Roscommon internet cafes on the 4th of December were reminiscent of the first post-apartheid elections in South Africa, according to many observers.

The panel is drawn from the great and the good of world sport adjudication - it contains:

We are sure they will make a wise decision. The window for nominations closes in two days time - on Friday 12 December.

Send us your nominations below. 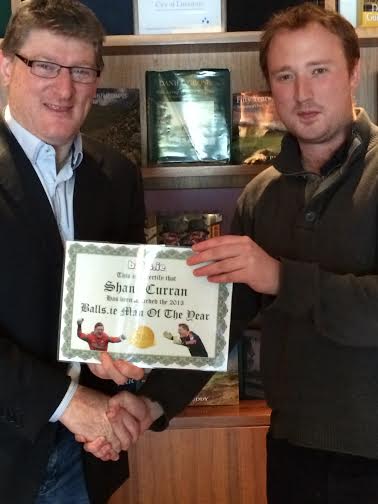