Amongst all the Jack Grealish hype following his excellent performance in the FA Cup against Liverpool, the FAI have been given a boost in the pursuit of another highly talented youngster who qualifies for both Ireland and England. 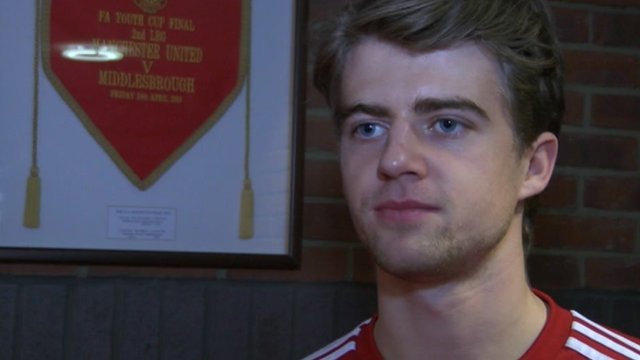 Middlesbrough's Partrick Bamford, who is on loan from Chelsea, was this week voted the Championship Player Of The Year for a string of impressive performances as Middlesbrough fight for an automatic promotion place, and now it seems he is considering his options regarding international football. Bamford, who has scored 17 league goals for Boro this season, has represented Ireland at U18 level but switched allegiance to England where he has caps at U18, U19, and U21 level.

Bamford has today refused to rule out representing Ireland at senior level, although he did admit that it is his dream to play for England:

My mum's side is Irish and my dad's side is English so it was a tough decision for me. Being English, it was always my dream to play for England, but I am not going to rule out either option.

This is potentially exciting news for Irish soccer fans, as if he does decide to represent the boys in green we can look forward to goals like this, and this, but there are similarities to be drawn to the Harry Kane situation, where some at the FAI believed that Kane would play for Ireland, before his explosion onto the Premier League scene saw him handed an England debut earlier this year.

Big things are expected of Patrick Bamford, and although it remains unclear if his future lies at his parent club Chelsea, it's worth keeping an eye on his progress in the hopes that he does decided to declare for Ireland. His hair is absolutely stunning as well, which is a bonus.

See also: Grealish ‘Confused’ About Future As England Set Out Their Plan For The Villa Man