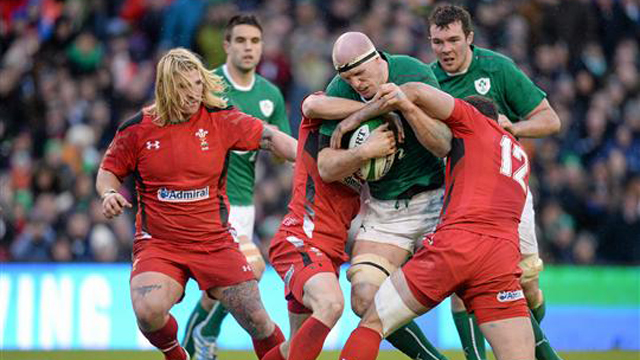 Western Mail (or Wales Online, if you prefer) have seen what the Telegraph did last week with their Pre-Six Nations Six Nations team of the tournament and decided that it was a wonderful idea.

In case you can't remember, the Telegraph attempted to place sole favouritism on Ireland with seven selections in the XV. Wales Online have similar opinions on Irish fortunes, but unsurprisingly Wales get the largest share of the picks.

Robbie Henshaw and Rob Kearney lose their places from the Telegraph selection to Mike Brown and Jamie Roberts, while the other changes involve George North for Teddy Thomas, and an entirely different front row.

The two eyebrow raising selections are the props. Samson Lee is picked as the tighthead, with Gethin Jenkins as the loosehead. Lee is entering only his second Six Nations, and first as the Welsh starter. The 22-year-old Scarlets prop is mostly unheard of outside of Wales, which leads to the question marks about his inclusion, but make no mistakes, Lee is a monster. He owned the more powerful South African scrum in November and is a future Test Lion. He will make a mockery of a few scrums in this Six Nations and could be one of Wales' best weapons.

Gethin Jenkins is on the other end of the spectrum in terms of his career, and isn't the force he once was. Joe Marler and Cian Healy are certainly better options than him, but it isn't a bad side from the Wales Online team.

The WalesOnline Team Of The Six Nations