21 Players To Watch In The 2021 League Of Ireland Season

The League of Ireland is back, with a global pandemic unable to halt the #GreatestLeagueInTheWorld from returning for a full season.

Shamrock Rovers won the truncated 2020 Premier Division at a canter last season, although have lost both the FAI Cup and President's Cup to their old foes Dundalk.

This season also marks the centenary of the league, with the inaugural season taking place between eight sides from Dublin. Just two of these sides remain, with Bohemians of the Premier Division and Shelbourne of the First Division standing the test of time.

To build up to the start of the season, we've picked out 21 players to keep an eye out for over the course of the 2021 season. 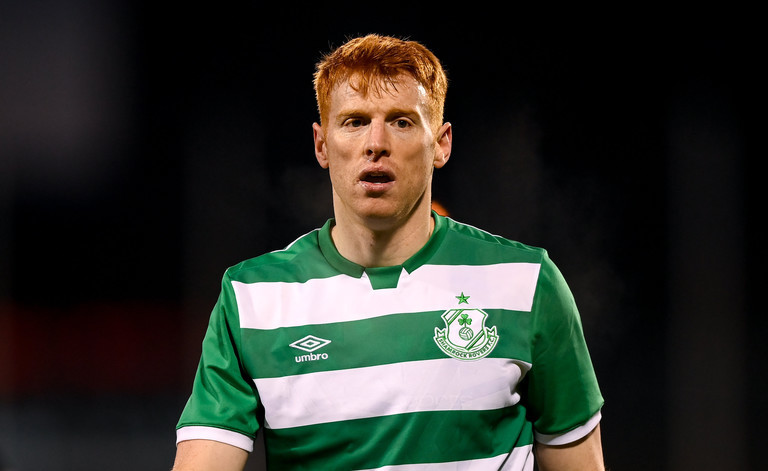 Since joining Shamrock Rovers in 2020, former Limerick striker Gaffney hasn't been able to find form or consistent playing time. However, his pre-season form in front of goal should have Shamrock Rovers fans excited that Gaffney can fire the Hoops to back-to-back titles.

He'll have to contend with Aaron Greene for the number nine shirt in Tallaght, with Stephen Bradley a big fan of Greene's general play. Nevertheless, Gaffney's penchant for goalscoring could mean Bradley has a decision to make.

Arriving at Richmond Park with a reputation, Czech underage international Jaros will get his first chance at senior football at St Patrick's Athletic. The Liverpool loanee has been involved with Liverpool's first-team before, most notably in their Champions League squads earlier this season.

St Pat's have three goalkeepers vying for the number one spot, with 19 year-old Jaros and highly rated 17 year-old Josh Keeley jostling with the experienced Barry Murphy. Variety is the spice of life for Saints fans. 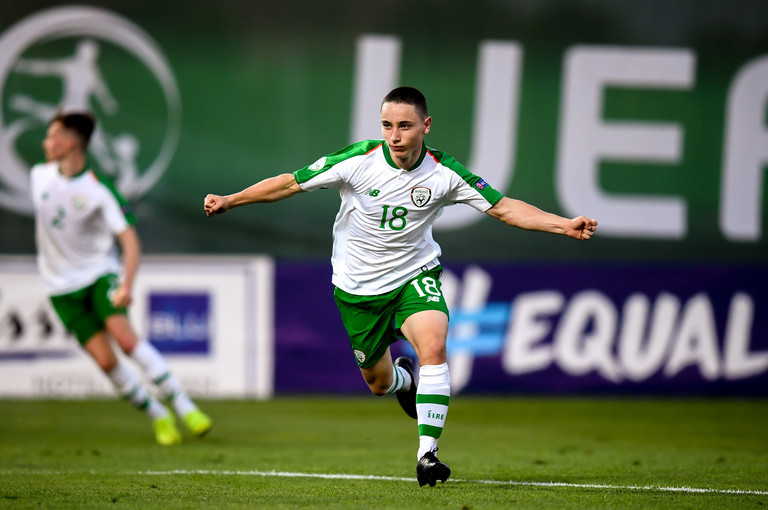 Everyone is excited to see one of Irish football's most exciting prospects take his first steps in senior football on our shores.

Joe Hodge has long been touted as the future midfield general that Ireland have been crying out for, and Derry City could reap the benefits of taking the former Manchester City Scholar of the Year on loan.

Hodge will have to get over some injuries before showcasing his talents in the League of Ireland, but if he's fully fit, Derry could have a gem on their hands.

If there's one thing Keith Long loves, it's fast wingers.

The Bohs manager has signed and subsequently sold the likes of Daniel Kelly, Danny Grant, and Kris Twardek in his time at Dalymount Park, and now, it's Stephen Mallon's turn to burn full-backs in red and black.

Mallon will miss the first quarter of the season with injury, but if he's fully fit, he's an exciting prospect. 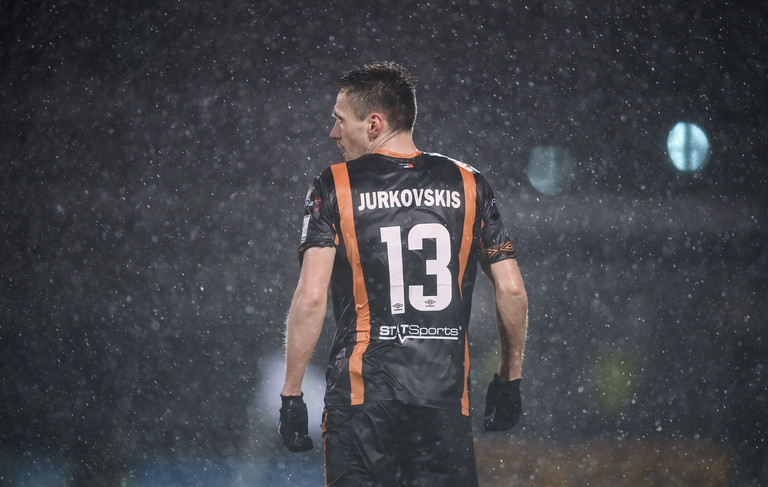 A multitude of Dundalk's new signings have international pedigree, and Latvian international Jurkovskis could be the pick of the bunch.

A lot was made of Sean Gannon's departure from Oriel Park in the off-season, and Jurkovskis, despite his international caps, is something of an unknown quantity. However, Jurkovskis has been very impressive in pre-season and should he take that form into the league, Dundalk could have a gem on their hands.

On his day, Brian Murphy is one of the best goalkeepers in the league, and proved that on several occasions last season for the Blues.

He'll have to be on form this season for the South East outfit as they're expected to be battling out at the bottom of the league.

It'll be up to the experienced Murphys, both Brian and Daryl, to bail Kevin Sheedy's side out of any prospective trouble. 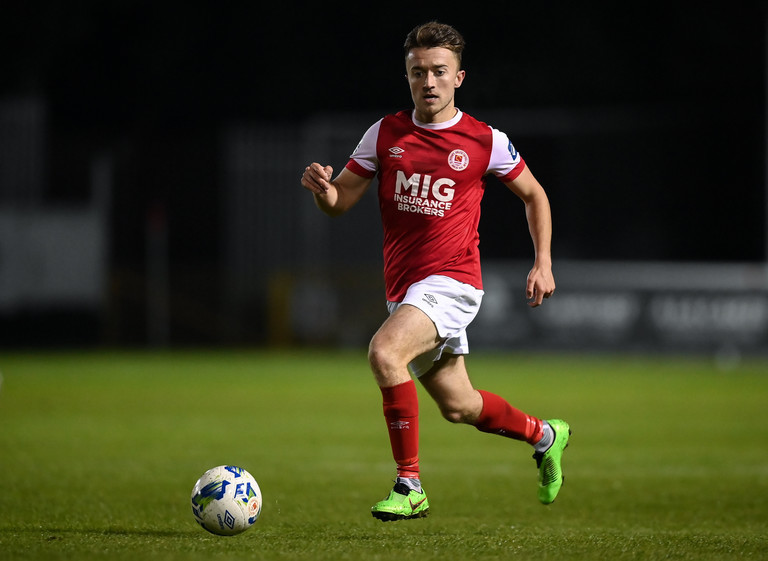 A fan favourite at St Patrick's Athletic, things went somewhat stale for Darragh Markey at the Inchicore side last season.

A fresh start was just what was needed for the diminutive playmaker, and under Tim Clancy, he should be given the keys to the Drogs attack.

If Markey finds consistency and adds goals to his game, Drogheda will be looking up the league rather than over their shoulder.

Rob Manley has scored goals in the First Division for a number of years, but 2021 marks his first full season of Premier Division football.

Longford are favourites for relegation this season, but if Manley can make the step up to the Premier Division, Daire Doyle's side could stave off a return to the second tier. 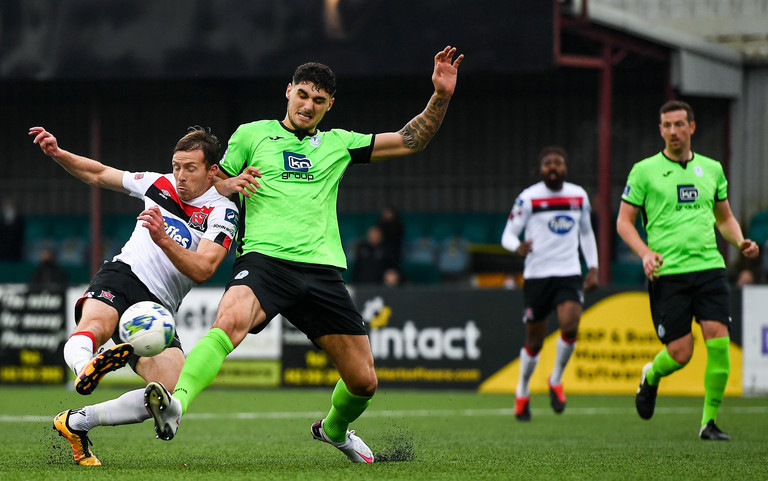 David McMillan of Dundalk is tackled by Kosovar Sadiki of Finn Harps. Photo by Harry Murphy/Sportsfile

In the second half of the 2020 season, Finn Harps were the form side in the League of Ireland, and Kosovar Sadiki's defensive nouse played no small part in Harps staying up.

The former Canadian underage international signed with Harps originally on loan from Hibernian, before signing on a short-term deal last summer. Having secured Sadiki's signature for the full 2021 season, Harps will be a tough nut to crack for opposing teams.

It's hard to know what Liam Buckley is planning for his front three, but with new signings Figueira and Jordan Gibson being joined by the returning Romeo Parkes, Sligo Rovers are going to terrorise opposing defences. 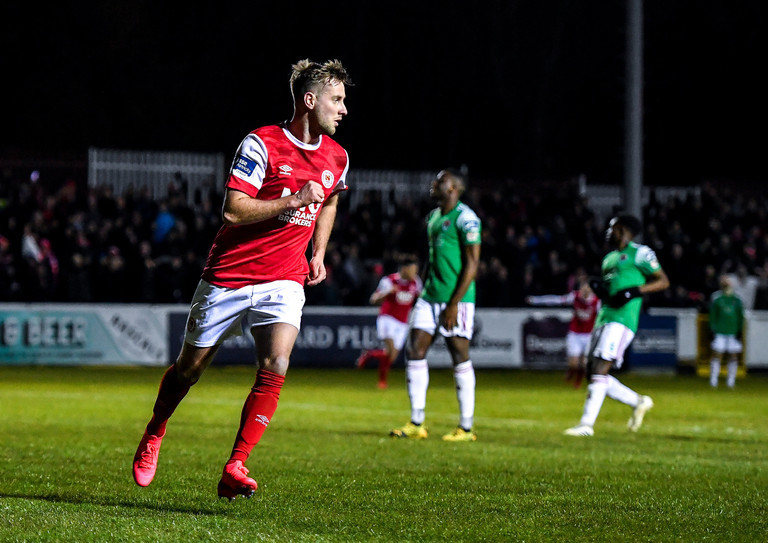 Former Scotland under-21 international Billy King was Pat's best player at the start of the 2020 season. However, the break wasn't kind to the former Hearts and Rangers man, with injury and fitness issues blighting his return.

That being said, Pat's fans rejoiced when it was announced that King was to return for a second season in Inchicore, with the tricky winger already impressing in pre-season. If King can link up with former Dundee United teammate Matty Smith and new signing Ronan Coughlan, St Pat's could be right back in the hunt for Europe.

We've jumped into the First Division to bring you an experienced midfielder who is making his bow in the League of Ireland this season. 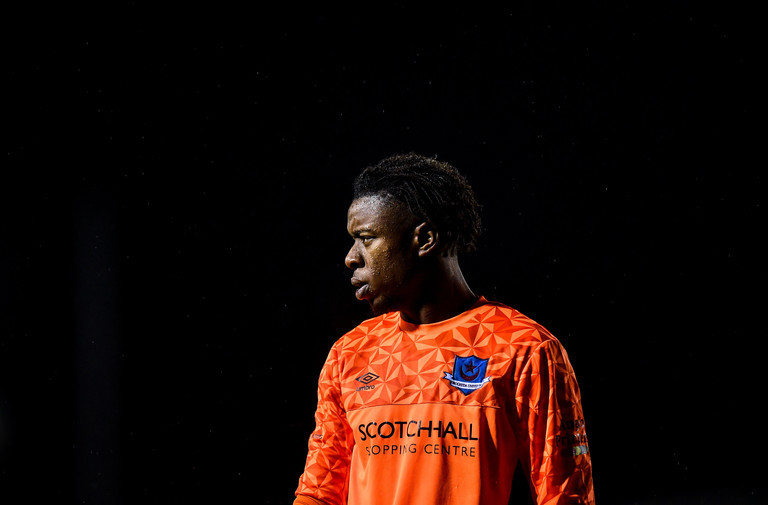 With Dundalk's goalkeeping situation up in the air at the tail end of last season, David Odumosu was cited as one that got away by Dundalk fans.

The shot-stopper left Dundalk's under 19s to join Louth rivals Drogheda United, eventually assuming the role as Drogs number one.

This will be his first season in the top flight of Irish football, but he has all the attributes to excel.

Daniel Mandriou was one of the best players in Ireland in 2019. He was the technician who dazzled in a Bohemians team that shocked the league with their play. Last year, he couldn't get a game as Bohs somehow did even better without him.

Some of that was his own doing, but the form of Dawson Devoy didn't help his cause either. However, he's now crossed the Liffey and joined Bohs' fiercest rivals, and Stephen Bradley has a history of transforming the careers of players that play the game just like Mandriou.

Whether he's up for the challenge is entirely down to him, as he's got all the talent in the world. 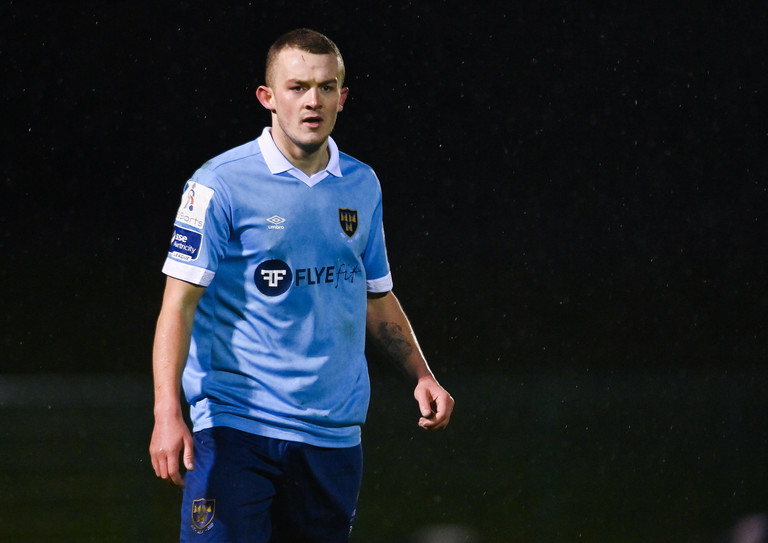 Michael O'Connor has had more clubs in his short career than most golfers have in their bag.

There's no doubting his ability, but like Mandriou above, the striker has a penchant for shooting himself in the foot. That being said, Shelbourne have pulled off a coup in convincing O'Connor to join a club in the First Division. The former Dundalk man should score goals for fun at Tolka Park.

Bastien Hery returns to the League of Ireland after a stint at Linfield and midfielders around the country should be prepared for embarrassment.

The Madagascan international is a gorgeous footballer, and has the ability to dictate games with an ease. Football fans across the country should tune in to see audacity in its purest form when Hery's on the pitch. 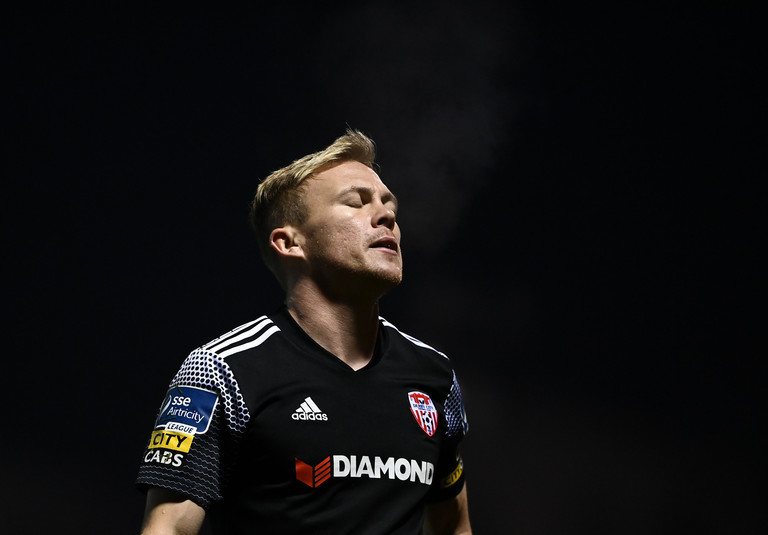 A strange move considering McCormack was captain of Derry City last season, but with John Caulfield at the helm in Galway, it's hardly a surprise that McCormack moved to Eamon Deacy Park.

A midfield general that is at his best when the game's at its most attritional, McCormack should come into his own in a First Division that is probably better than it has ever been.

Yet another player who is far too good for the First Division, Gearoid Morrissey chose to stay at Cork City despite most definitely having suitors in the Premier Division.

Morrissey was a crucial cog in the City machine when they won the double in 2017, and will hope to see that form rekindled as City look to bounce back with a promotion campaign this season. 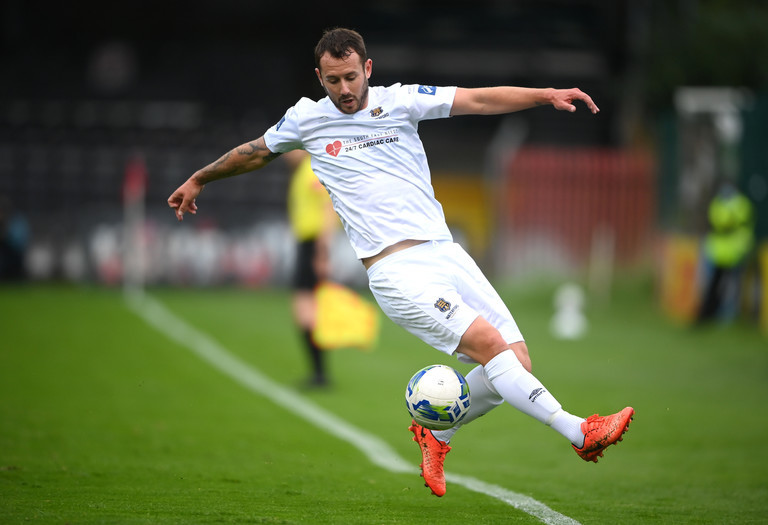 Okay, we've run into a theme here, but Kurtis Byrne dropping into the second tier of Irish football is astonishing.

Byrne, the son of former Celtic player Paul, has won leagues in Ireland and Wales and played starring roles for teams throughout his career. His experience could prove vital in a side that could very well be challenging for a playoff spot come the winter.

A one time golden boot winner from his time at Derry City, Junior could prove to be a shrewd signing by Dundalk. The former Sligo Rovers forward can operate anywhere across the front three and should provide options for however's picking the Dundalk team.

If he can find his Derry form at Oriel Park, Dundalk will be far closer to Shamrock Rovers than they were last season. 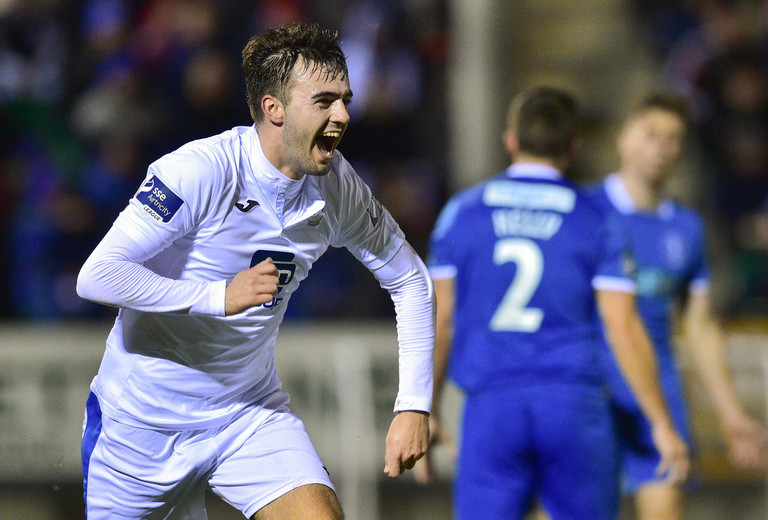 Although he isn't a new signing, Mark Timlin was injured for the whole of last season as Finn Harps miraculously staved off relegation. Timlin should act like a new signing this year, with a wing tandem of himself and Karl O'Sullivan a tantalising prospect.

If Finn Harps find the buoyancy of last season early in this campaign, Ollie Horgan's charges could be find mid-table security. 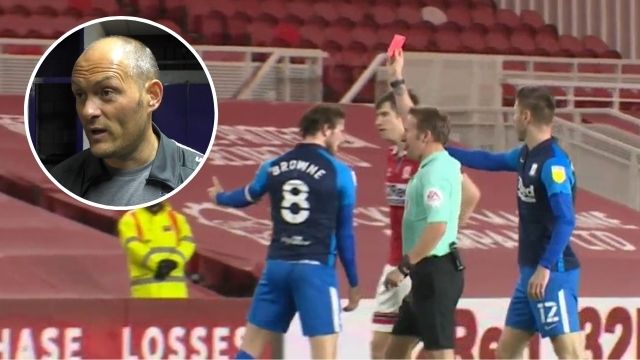