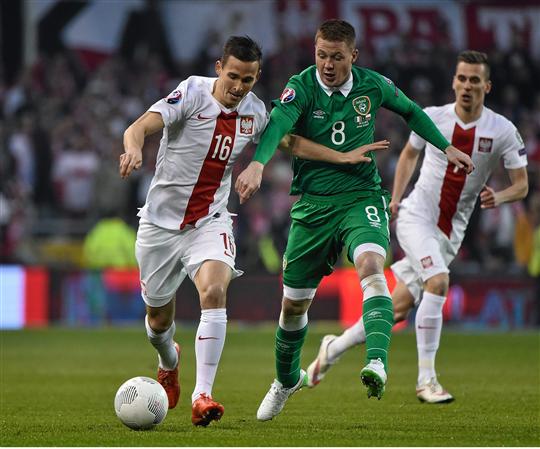 There's a lot more to come from Ireland's James McCarthy. That's the opinion of his club manager, Roberto Martinez who made some positive comments about his young midfielder today.

McCarthy missed at least nine games for Everton and an important international fixture against Scotland this year with persistent hamstring injuries but Martinez does not believe they are a concern.

The James McCarthy situation from a physical point of view and nutritional I think we have found the right formula.

If you want to think about this summer, obviously he has got international commitments but all he needs really is a good period of rest and regeneration

There were suggestions that McCarthy was incapable of being the lynchpin of a top half team's midfield and there were times this year when that did appear be the case but Martinez remains optimistic that the man he brought with him from Wigan has what it takes to be a top Premier League midfielder for years to come.

Hopefully things will get better for McCarthy and he can put his injury niggles behind him to be a key member of Martin O'Neill's Ireland as well.