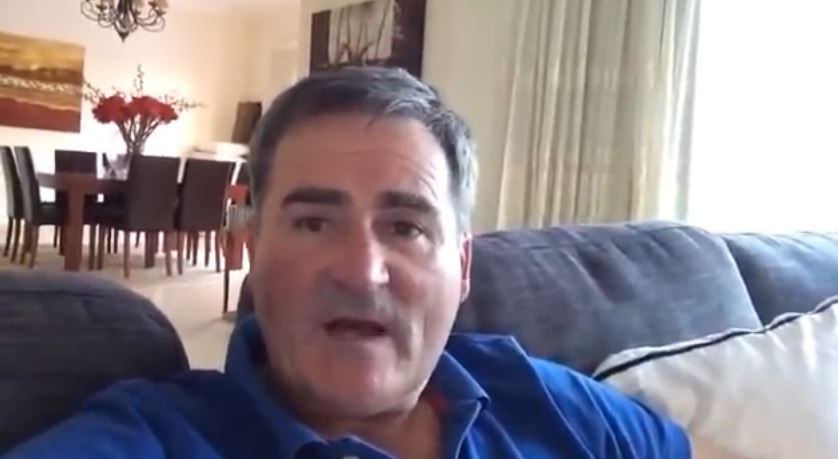 Richard Keys' conspiratorial cast of mind first revealed itself to the general public in the aftermath of his departure from Sky.

Back then, it was the higher-ups who plotted his exit from Sky by leaking his and Andy's verdict on Sian Massey to the press. Now, it's a Northern Irish football manager who has forced one of Keysey's heroes to emigrate.

Writing in his personal blog, the former Sky presenter says he believes Rodgers is behind some strange plot to turn Liverpool into his personal fiefdom.

Rodgers has won his war with Gerrard. The skipper is out of the club at the end of the season. And make no mistake, despite Rodgers' efforts to blame 'time' for Gerrard's decision to leave HE is to blame. He's won the war, but he lost Sunday's battle. And it could yet be a very costly battle to have lost.

Liverpool made Gerrard an offer he COULD refuse when they put a contract extension to him earlier this season. That was the sole purpose of their offer, force Gerrard into making the decision to leave. Let him go public, thereby avoiding any blame for the outcome themselves. Rodgers wanted him out. With Carragher already gone Rodgers knew that with Gerrard on the way out too, the club was now his - all his.

Keys claims it all started when Rodgers picked a weakened team away to Real Madrid, a move seen as sensible by many as they were always highly unlikely to get anything from the game.

This stand off started in Madrid remember, when Rodgers left Gerrard on the bench - and seething, watching the team he'd inspired into the C Lge, slip to defeat. You can imagine what was going through his mind. 'Is this why I gave up playing for my country? Is this why I worked so hard to get this team into the C Lge last season. Will I ever get the chance to play here again?'

Rodgers made seven changes that night and told us the team he picked was the best one to do the job. No it wasn't, they lost. And it's why he restored the seven he'd left out for the following weekends league match, including Gerrard.

Rodgers never said it was the best team to do the job, simply that it was a good squad that he had in Madrid. Keys wraps up his piece with one last go at Rodgers.

Liverpool have let him go far too soon. I accept that he's not the force he once was, but he's still a force. His very presence at the club is a force. People listen to him, which is why Rodgers doesn't want him there anymore.

Gerrard held his tongue at the weekend, as he has done since announcing 'his' decision to move on. I can't wait to hear what he really has to say!

The whole piece is here, be aware it reads as if it were written by the 12 year-old head of the Stevie G fan club.