8 Of The Greatest Partnerships In Irish Sporting History

Some of the greatest things in life comes in pairs. You've got Bonnie and Clyde, Laurel and Hardy, Hans Solo and Chewbacca, Simon and Garfunkel and Lennon and McCartney.

You probably get the point. There are also great partnerships littered across the sporting landscape of Ireland that have lasted the test of time. In victory and defeat, there are certain people who you know will always be by your side.

Here are some of our favourite Irish sport partnerships

The news of Gordon D'Arcy's impending retirement has saddened Irish sport fans and while D'Arcy's partner during the later stages of his career was his beard, there is no doubt who his partner in crime was for most of it.

The greatest midfield pairing Irish rugby has ever seen. D'Arcy and O'Driscoll held the record for most test games together with 50 before the record was beaten by New Zealand pair Ma'a Nonu and Conrad Smith. 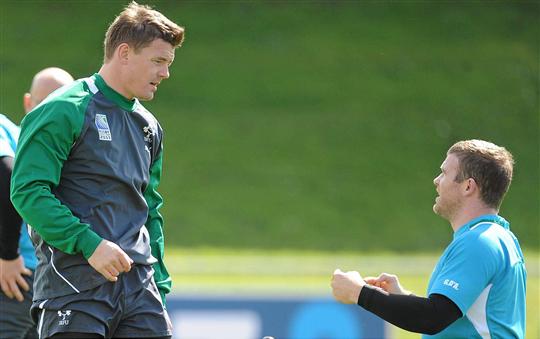 GD: Can I've your autograph, BOD?

BOD: Get up off the ground and stop acting the ham. 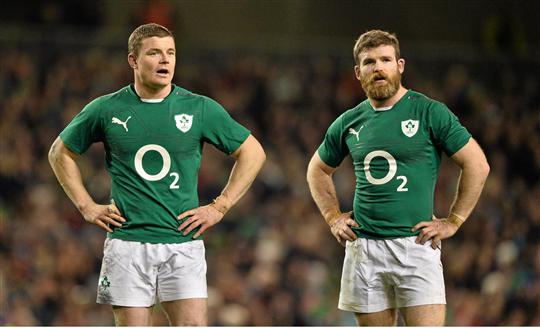 Their synchronised hands-on-the-hips movement was exceptional.

Two legends of Kerry football, the GAA in general and Irish sport as a whole. The general theme is that Gooch will bamboozle you with his skill, kick an inch perfect pass for Donaghy to win and then rattle the onion bag. You can add bells and whistles to it but generally that is how the partnership works. Simple, effective and a joy to watch. With Gooch's recent return from an awful knee injury, there might just be life in the two old dogs yet. We certainly hope so. 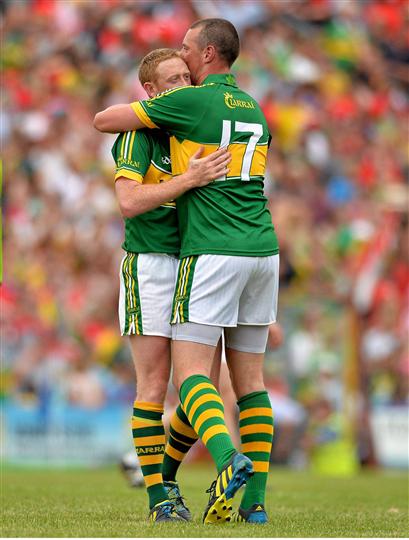 Even some of the least knowledgable people on the sport will be able to tell you that AP McCoy wears green and gold or as they are more affectionately known, McManus' colours. The most enduring images of McCoy will be in these colours. 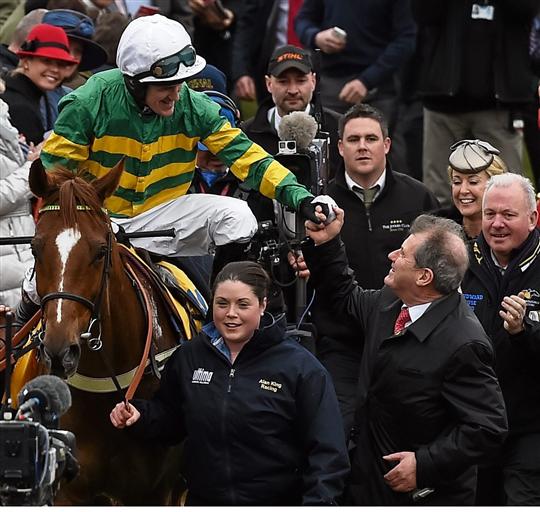 He only rode the 4,357 winners in his career. Go on, read that number again, it gets more amazing every time you do. 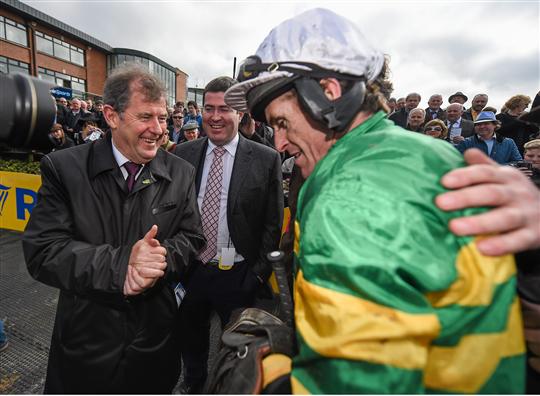 The two, er, poster boys of Irish soccer. Eamon Dunphy and Johnny Giles are inseperable. They've laughed and argued and teamed up to drive a point home and disagreed some more and they've never forgotten just how far their partnership has gotten them. 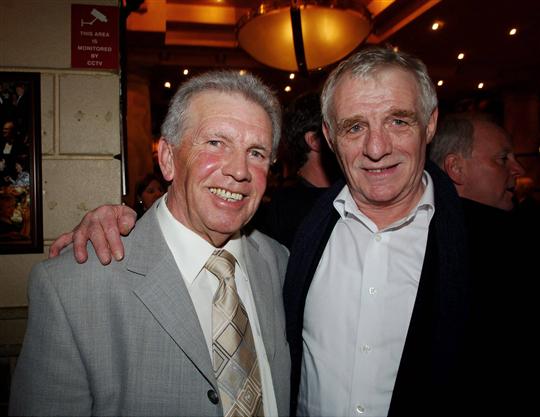 One thing we do know is that it will be a sad day when the two lads hang up their boots. 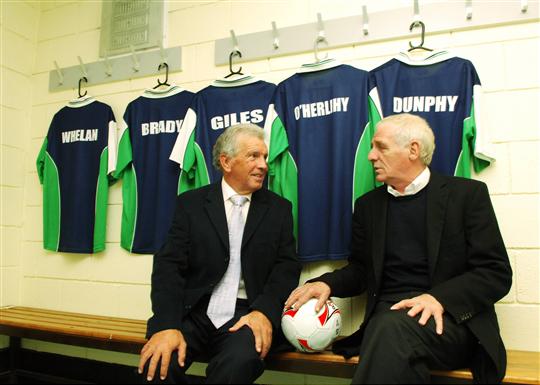 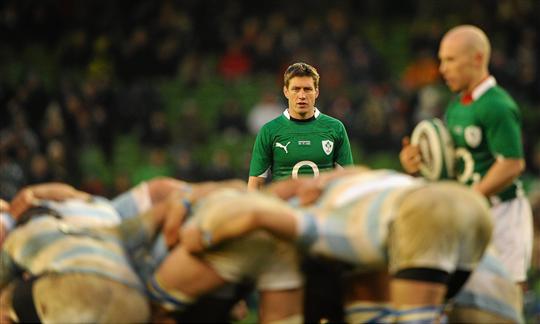 Two Irish rugby legends. They played together for over 25 years and there really isn't much more we can add after Stringer posted this tweet when ROG retired in 2013.

It really would bring a tear to a glass eye.

As highlighted in one of our most recents posts here, Holland and Kinsella were in unison on and off the pitch and certainly make the cut in our list of greatest Irish sporting partnerships. You never really got one without the other and what a partnership it was. 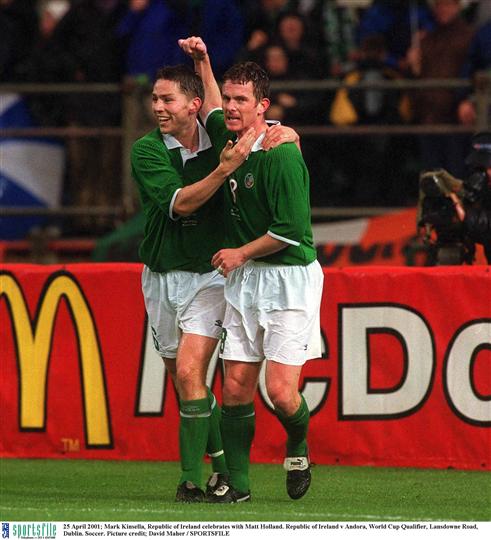 Two of the most recognisable strikers that ever played for Ireland. It was fitting that Quinn would retire as the top scorer for Ireland before Keane surpassed his old teammate. One was little and the other was large. One relied on robustness and the other his energy and nose for goal. It was Robbie and Quinner. Effective alone but we loved them in tandem. 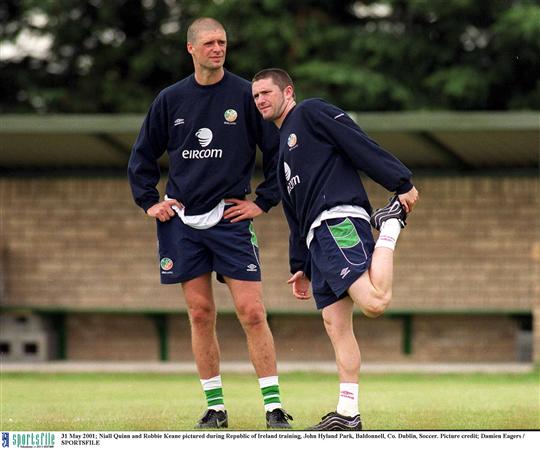 They even got matching crew cuts. Two for the price of one. 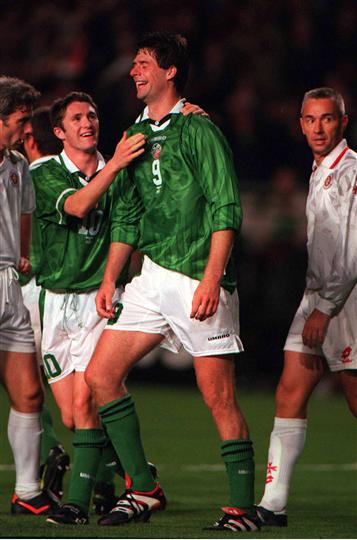 Just look at the adoration in Robbie's eyes.

Trap and Manuela were inseperable. What started out as a partnership of convenience became something more fun and raucous than we ever could have imagined.

There are unconfirmed rumours that the wily old Italian had a better grasp of English behind the scenes than many of the Irish lads he was speaking to. Manuela acted as a safety net for when he didn't want to answer. 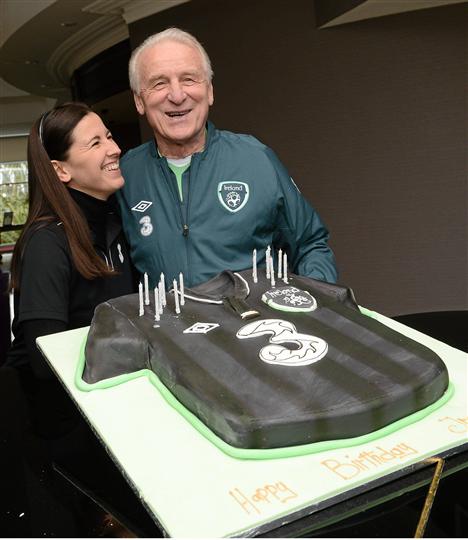 Trap: Manuela, why are there only 14 candles on this cake? Do I really look that young? 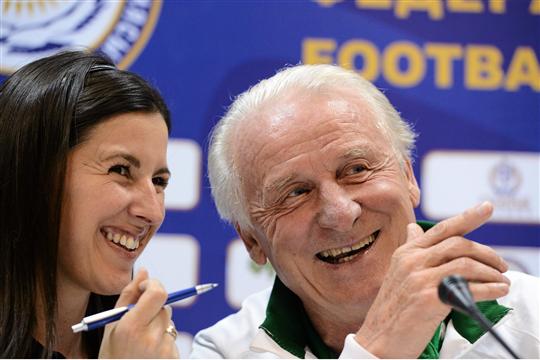 These, folks, are real genuine happy smiles. Look at the two of them there. Almost reminiscent of Matty H and Mark Kinsella back in the day, except with more chemistry.

See Also: ‘I Have Loved Every Moment Of It’ – D’Arcy’s Emotional Letter To Leinster Fans

See Also: We Challenge You To Watch This Lewandowski And Reus GIF Without Smiling

Football
9 hours ago
By Sean Meehan
Quiz: Can You Name All League of Ireland Top Goalscorers Since 2000?
2

Football
9 hours ago
By Sean Meehan
Quiz: Can You Name All League of Ireland Top Goalscorers Since 2000?
Irish Life
1 day ago
By Gary Connaughton
Some Of The Best Items Available In The Reebok & Nike Black Friday Sales
Football
1 day ago
By Balls Team
The Roy Keane Story Which Captures The Essence Of Eric Cantona's Appeal
Popular on Balls
GAA
11 hours ago
By Sean Meehan
GAA Mulling Over Decision To Play Club Before Inter-County In 2021
10