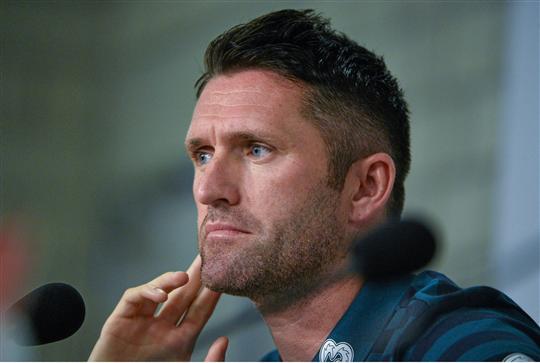 The MLS season is over. Robbie Keane has won his third title in the US. He is the MVP of the league.

And now begin the rumours regarding a possible loan move to the Premier League for the Dubliner in January. Today's are just a little bit premature though.

Several media outlets, including the Irish Independent, Football365, London Evening Standard, Irish Examiner, The Express and The Daily Mail report some comments by QPR boss Harry Redknapp regarding his interest in the Irish captain. 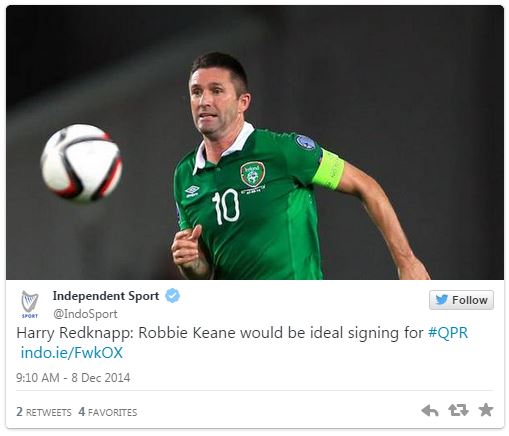 This is what Redknapp is being reported as having said.

The MLS market is one that we’ve got to look at. Robbie’s a good shout – he’s a good pro.

He would be the ideal type to have around for sure because he would give us something. I haven’t spoken to him yet, but he would be an interesting player.

It all stems from pretty much everyone's go to aggregator of football transfer gossip, the BBC. This morning's round-up on their website includes the following:

The Setanta article that it links to is from December 8th, 2012. Sky Sports also had the same quotes on that date two years ago.

One BBC employee doesn't check the date on some quotes and just like that you've got yourself an erroneous transfer rumour.

Football
3 weeks ago
By Jonathan Browne
Fifa 22: Release Date, Demo Info And What's New
Football
1 month ago
By Sean Meehan
Footballers You (Probably) Didn't Know Were Related To Each Other
Football
1 month ago
By Donny Mahoney
Watch: Robbie Keane Does The Business On Soccer AM
Popular on Balls
Football
23 hours ago
By Donny Mahoney
'The Shamrock Is A Brilliant Signifier' - How Ireland's Incredible Centenary Crest Was Made
Snooker
1 day ago
By Gary Connaughton
Ronnie O'Sullivan Was Not Happy With Crowd Behaviour In Northern Ireland Open Exit
Football
19 hours ago
By Gary Connaughton
Gary Neville & Paul Scholes Have Differing Views On Mo Salah's Liverpool Future
Football
20 hours ago
By Gary Connaughton
Quiz: Name Every Irish Player To Feature For Liverpool In The Premier League