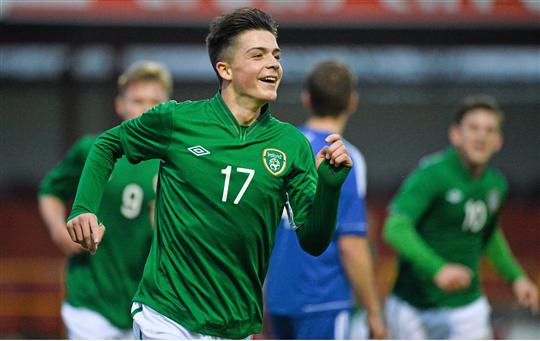 Jack Grealish started his first Premier League game for Aston Villa on Tuesday night as his side drew 3-3 in an unexpectedly exciting game against QPR.

Grealish played just behind a front two of Christian Benteke and Gabby Agbonlahor and gave a mostly promising performance, though it seems to have divided Villa fans. The 19-year-old saw plenty of ball and continuously looked to create but many saw him as a bit lightweight.

In an interview with Aston Villa's official website, Tim Sherwood was extremely positive about Grealish. He also revealed the cheeky response which the attacker gave on hearing news that he was in the starting XI.

Do you know what he said to me? Bout time!

The Aston Villa manager spoke about Grealish's love of the club and how he plays with "wing mirrors".

Jack did well against QPR. I was sure when I put him in that he would do well and perform. He didn't let me down. He's not fazed. He knows the fabric of the club. He knows every turnstile at Villa Park. No-one cares more than Jack Grealish.

But it's not just about his heart and desire to keep this club in the league. It's also about his ability and what he carries. He's aware, he can open teams up, he can dribble past people, he's got a massive future at this football club.

Jack really cares about this football club. I need people who are going to fight for the cause. Not only has he got the hunger, he's got the ability too. If I wasn't sure about him, I wouldn't be putting him in. I looked for a No.10. I looked at my options. He was my No.1. He has good awareness. He plays with wing mirrors.

In a very Tim Sherwood moment, he explained that despite the Ireland U21 Player of the Year not featuring against Stoke back in February, fans were still singing his name. Sherwood's first thought was to consider whether or not it was his name being sung.

I never had a doubt. You know why? Because he's loved here. When I first came here, he wasn't even sitting on the bench and they were singing someone's name. I was thinking: 'That doesn't sound like mine.' It wasn't. It was Jack Grealish. For someone who's not played, he's a star.

I've seen him train - he has intensity. He wants to play. He deserved that opportunity. I am only picking a team in the best interests of winning a football match. I had no doubt about him. He is a player for the future of this football club - but he's a player for now aswell.

Football
1 week ago
By Gary Connaughton
Jack Grealish Apologises After Involvement In Crash Whilst Ignoring Guidelines
Football
1 week ago
By Balls Team
Police Investigating After Jack Grealish Is Pictured At Scene Of Car Accident
Football
2 weeks ago
By Gary Connaughton
Peter Whittingham Tragically Passes Away Aged 35 After Suffering Head Injury
Popular on Balls
The Rewind
18 hours ago
By PJ Browne
Quiz: Name These 18 Irish Films From Just Their Taglines
3