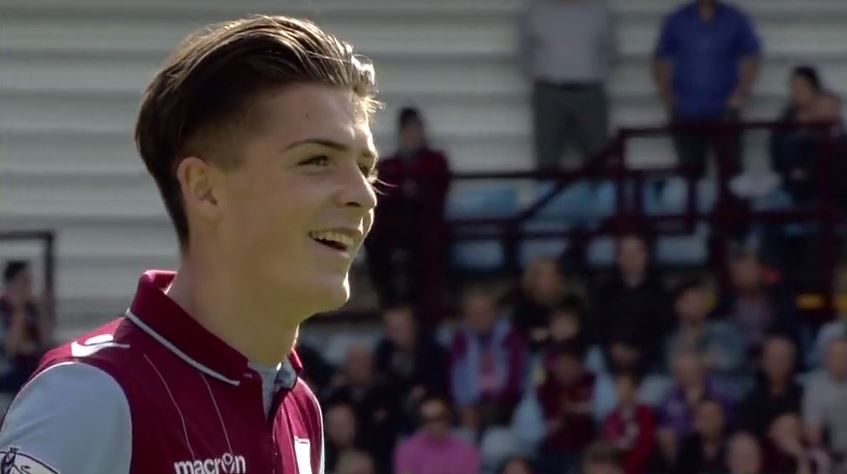 For many the idea that Jack Grealish could be a great footballer has been built more on hype than actual evidence. Today though, he really stepped up to the mark and showed his potential.

The midfielder was involved in both of Aston Villa's goals in their FA Cup semi-final win against Liverpool, providing the assist for Fabian Delph's game winner with a deftly played pass.

Speaking to BT Sport after the game, Tim Sherwood expressed his belief in the Irish U21 international.

He could be right up there amongst the best of them. The ball is his friend. He likes to receive it he doesn't look at it, he knows where it is, he shifts it, he's got a turn of foot, takes a lot of knocks, but he can take it.

The Villa manager was not the only one impressed with Grealish's performance.

Villa the better side in the first half. Grealish looks a great talent, Benteke and Delph excellent.

Jack Grealish playing in a relaxed world of his own at the moment. Has anyone told him this is an FA Cup semi-final? Excellent & so composed — Phil McNulty (@philmcnulty) April 19, 2015

Jack Grealish what a player #FACup #LFCvAVFC 19 years old and was mom at wembley in front of 90 thousand!! Ireland have a talent — David Thompson (@77thomo) April 19, 2015

Michael O'Leary should offer Jack Grealish free shares in Ryanair rather than just free flights to get him to play for Ireland.

Standing ovation and thunderous applause from Villa fans for Jack Grealish, who has been excellent. — Tom Williams (@tomwfootball) April 19, 2015

if Raheem Sterling wants £200k a week, then how much is Jack Grealish worth?

Standing ovation for Jack Grealish and rightly so, Man of the Match for me #avfc — Heart Of The Holte (@HeartOfTheHolte) April 19, 2015

Football
1 week ago
By Gary Connaughton
Jack Grealish Apologises After Involvement In Crash Whilst Ignoring Guidelines
Football
1 week ago
By Balls Team
Police Investigating After Jack Grealish Is Pictured At Scene Of Car Accident
Football
2 weeks ago
By Gary Connaughton
Peter Whittingham Tragically Passes Away Aged 35 After Suffering Head Injury
Popular on Balls
The Rewind
19 hours ago
By PJ Browne
Quiz: Name These 18 Irish Films From Just Their Taglines
63