Cousin Of Irish Rugby International Rewarded For His Progress At Celtic 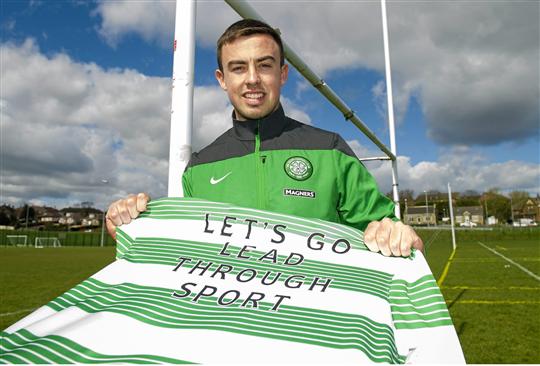 Ireland underage international Eoghan O'Connell has been rewarded for his progress at Celtic by being named the club's Academy Player of the Year. The 19-year-old from Cork is the cousin of Irish rugby captain Paul O'Connell.

A centre back who is comfortable in possession, he made his first team debut last season and has gone onto make a total of five appearances since. He signed a two-year contract earlier this year.

O'Connell previously played with Blackrock side Avondale United and joined the Celtic academy in 2011.

He spoke to Celtic's website when signing his new contract and stated that his aim is to be playing consistent first team football by the end of it.

Making my debut at the end of last season was a good thing as it gave me a good platform coming into the next season and show what I could do.

I've made a few appearances this year, which has been good, but I’m not taking anything for granted. I will be working away as always and this contract is just another stepping stone I have to use to get better and where I need to be.

I will be 21 or 22 by the end of the contract and I would want to be playing for the team by then, and that’s what I will certainly be looking to do, forcing my way in whilst continuing to work hard.

Video: The Alex Ferguson RTÉ Interview That Got Graham Geraghty An Arsenal Trial