Ireland To Play Northern Ireland Behind Closed Doors This Summer 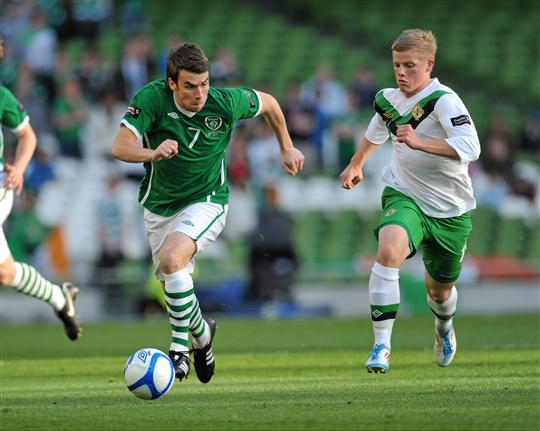 The FAI have announced that Ireland will take on Northern Ireland in a behind closed doors training match on June 4th. It will be played at the Aviva with no media or public access.

As the Championship season ends next weekend, Martin O'Neill sees it as a chance for many players to get game time ahead the England and Scotland matches.

With the season ending early for a lot of our players, we see this as a mutually beneficial exercise for both sides. Holding the match behind closed doors will give us the flexibility to make any changes we see fit ahead of the European qualifiers on June 13. The championship season ends on May 2, and if players are not involved in play-offs, that could be over a month without any games. It represents an ideal opportunity to build the intensity of our preparations, leading into the England friendly, and before the important qualifier against Scotland.

Northern Ireland are well-positioned in their qualifying group. They are currently just a point behind leaders Romania who they play on June 13th at Windsor Park.