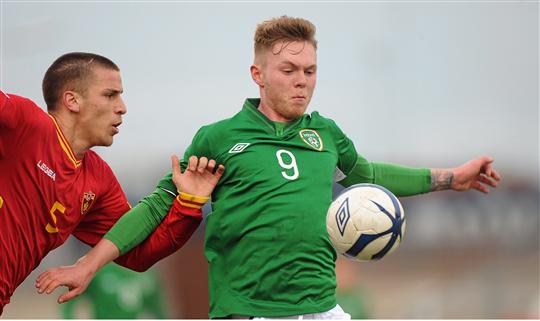 Millwall's grip on Championship status is slipping. With just on game remaining in the season the London side are on verge of relegation to League One. The vultures are already hovering around their squad and Ireland U21 striker Aiden O'Brien is one of those prime for picking.

According to Football 365, which is owned by Sky, several Premier League clubs are interested in the 21-year-old's services. West Ham, Everton, Crystal Palace and Swansea are all named along with Championship clubs Nottingham Forest, Brentford, Ipswich and Bournemouth. The latter three are candidates for Premier League status next season.

O'Brien made his debut for Millwall four years ago and has since had loan spells with Crawley, Aldershot and Torquay. London-born, he scored his first senior goal for Millwall this season in a 2-2 draw with Brentford back in March (watch below).

The striker is not the only Irish player who could be moving on because of relegation. James McClean was linked with a move to Newcastle earlier this month.